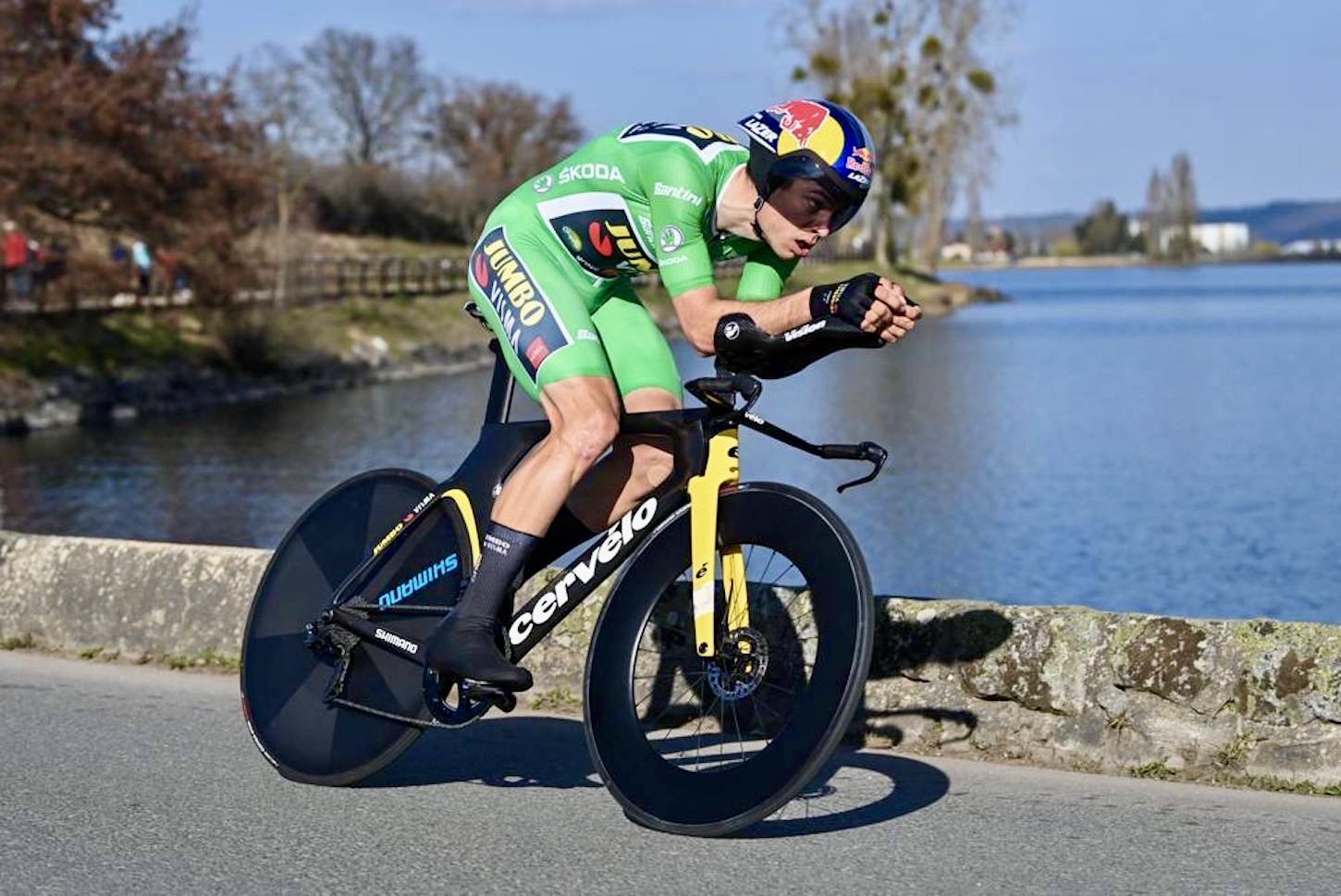 Dennis led for most of the day, until the Australian rider saw his time eclipsed by Roglič. After sitting on the hot seat for awhile, the Slovenian’s benchmark was eventually surpassed by Van Aert, who set the fastest time 16:20 along the rolling 13.4 kilometer course in Montluçon, beating his teammates by two-seconds and six-seconds, respectively.

With his stage 4 triumph, Van Aert moved up into the top spot in the overall classification with Roglič at 10-seconds back, followed by yet another Jumbo-Visma teammate Christophe Laporte, who sits a further 18-seconds behind.

Meanwhile, Simon Yates (Team BikeExchange) produced the fifth fastest time in today’s race against the clock, moving him into fourth place in the overall standings at 49-seconds back, with fellow Briton Ethan Hayter (Ineos) just behind him.