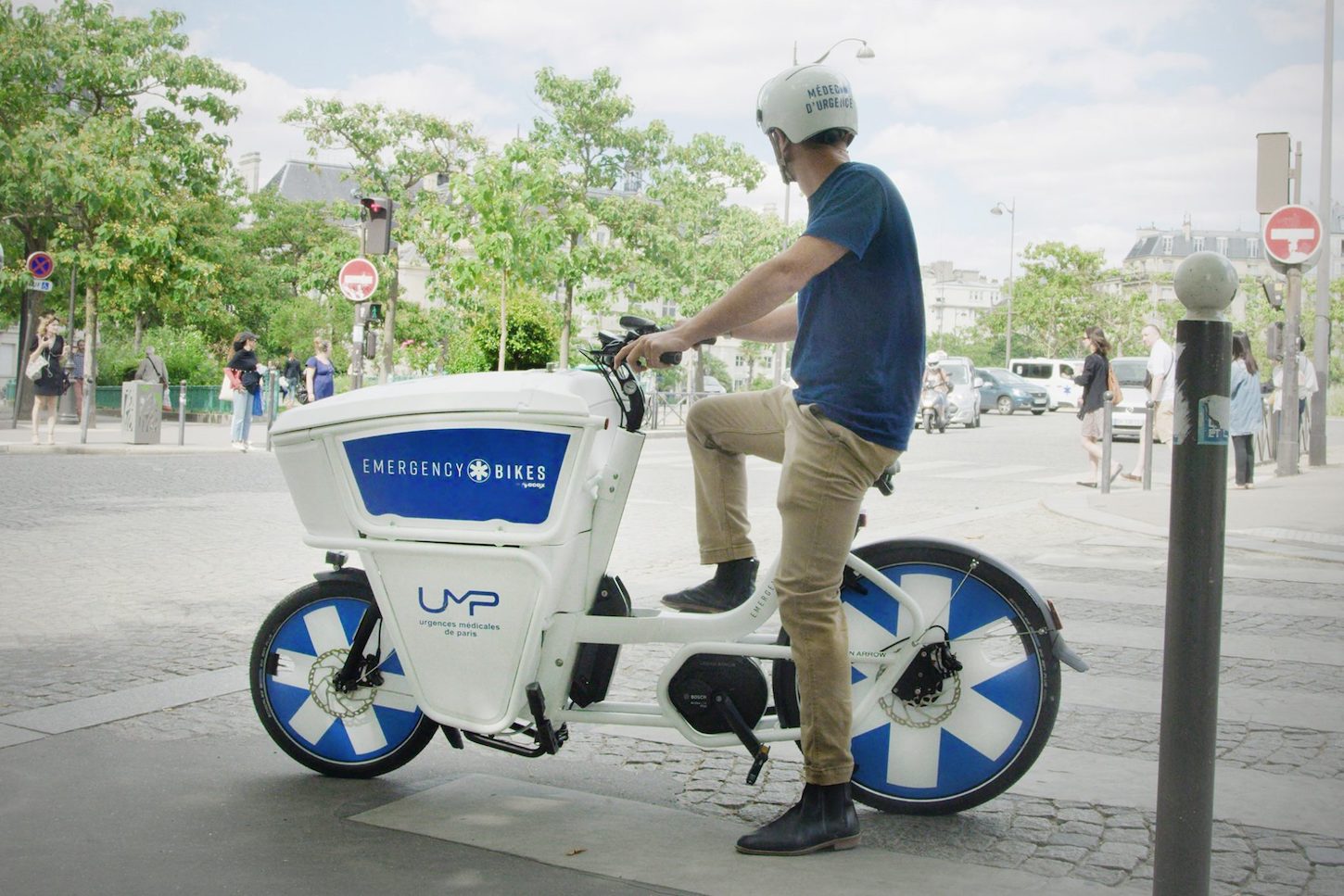 The road may be blocked for most motorists in Paris, but not for doctors and emergency medical professionals thanks to the design firm of Wunderman Thompson Paris, which recently launch Emergency Bikes, a new mobile emergency vehicle on two wheels that was created to help Parisian emergency doctors move faster through the city’s congested streets.

According to data experts, Paris is the most congested city in Europe, where drivers spend as much as 140 hours a year stuck in traffic. For doctors and medics this often translates to what can amount to life-threatening response times.

Indeed, every minute lost in traffic means a 10% less chance of survival for patients. To combat this issue, Wunderman Thompson Paris partnered with the electric bike brand, Urban Arrow, to develop a tailor-made bike exclusively for doctors that’s complete with a large, insulated cargo box that’s designed to carry vital medicines and supplies.

Key features of the compact sized e-bike include an optimized motor power (75.N.M) with dual 500 N.M batteries that can provide a range of up to 100 miles (160 km), reflective wheel bands for increased visibility in traffic, a 140 dB horn, long range LED signaling for emergency driving, puncture-resistant tires, GPS tracking in real time and USB connectivity for medical devices.

Emergency Bikes says it came up with the idea after a wave of strikes caused an even greater spike in traffic jams in November 2019, turning to Urban Arrow and Paris Emergency Services (UMP) to help develop a bike in accordance with the needs of doctors and emergency medical professionals.

“We are excited to celebrate the launch of Emergency Bikes in the streets of Paris and help optimise urban medical interventions. Emergency Bikes are fast. They slide easily through heavy traffic, they park in limited spaces, and most importantly, they enable doctors to cross Paris with their medical material faster than any other vehicle, reaching every medical intervention site two times faster, on average,” said Adrien Mancel and Paul-Emile Raymond, creative directors at Wunderman Thompson Paris. “Our partnership with Urban Arrow has been extremely rewarding and our hope is to develop a project where Emergency Bikes can be used in several emergency services across other cities and countries,” he aded.

“Emergency Bikes is our response to address the complex problems related to doctors moving around the city. We are thrilled to serve as such an efficient brand for our UMP medics, who look forward to receiving our emergency bikes,” said Mathieu Froger, CEO of Urban Arrow. “After the pandemic lockdown, Parisians won’t use public transport nearly as much. Many of them will use their cars instead and this will create even more traffic jams. Tomorrow more than ever, the medics will need Emergency Bikes. This is our opportunity to change the way emergency services are delivered, and we couldn’t have done it without the support, leadership, and activation of the Wunderman Thompson team,” continued Froger.

The first fleet of Emergency Bikes for UMP doctors and personnel were deployed back in September, with the goal of expanding service to other major cities throughout France.