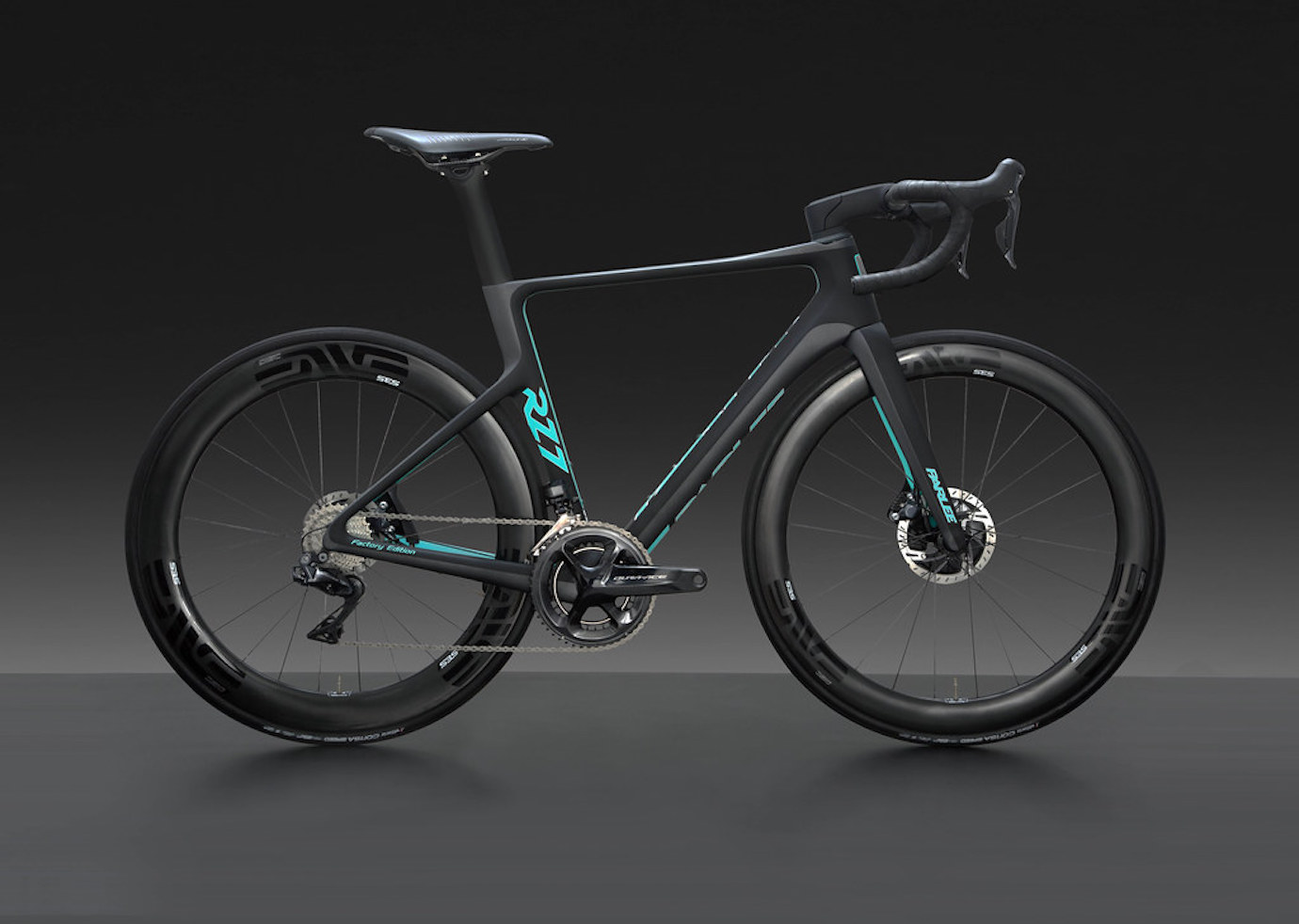 Parlee has taken to the aero bike segment with the launch of its new RZ7 road bike, unveiling a completely new frame design in all manner of cockpit integration and aerodynamic profiling.

According to Parlee, its Altum Disc road bike laid the foundation for developing the new RZ7, which underwent a three-year development phase including extensive testing at the A2 wind tunnel facility in North Carolina.

Parlee says, the end result is a 17% improvement in aerodynamic efficiency at speeds of 30mph for the RZ7 over its predecessor, as well as an increase of 7% stiffness in the bottom bracket area.

To achieve these slippery quotients, Parlee focused a good deal of its attention toward integrating all of the cables and brake lines on the RZ7 inside the handlebar, stem and frame.

In the process, Parlee developed its own carbon fiber handlebar and stem, which allows cables to be routed through the steerer tube thanks to the new integrated set-up.

Fit optimization was also a priority for Parlee, developing a new stem/spacer assembly that provides a vast amount of stack height adjustability, as well as a reversible seatpost design that offers the rider an offset of either 0 or 25mm.

To further cheat the wind, the RZ7 also features Parlee’s SpeedShield system, which acts as a fairing for both the front and rear disc brakes – something that was first introduced on the company’s TTiR time trial model.

On the issue of clearance, one of the important benefits of a disc brake system is the ability to use larger tires.

In the case of the new RZ7, Parlee says there’s enough room to accommodate tires as wide as 32mm, the biggest thus far on an aero road.

Additionally, Parlee reduced the length of the front and rear thru axles by 6mm and one centimeter respectively, resulting in a savings in weight while also allowing for a narrower frame and fork stance.

Another hallmark of achievement for Parlee is the impressive low weight of the RZ7, which tips the scales at a claimed 870g for a size medium frame – easily making it one of the lightest aero frames available.

To celebrate the launch of the new RZ7, Parlee has created a special Factory Edition, which is limited to a run of 100 bikes, wherein each bike carries a unique graphics package that are individually hand numbered 1-100.