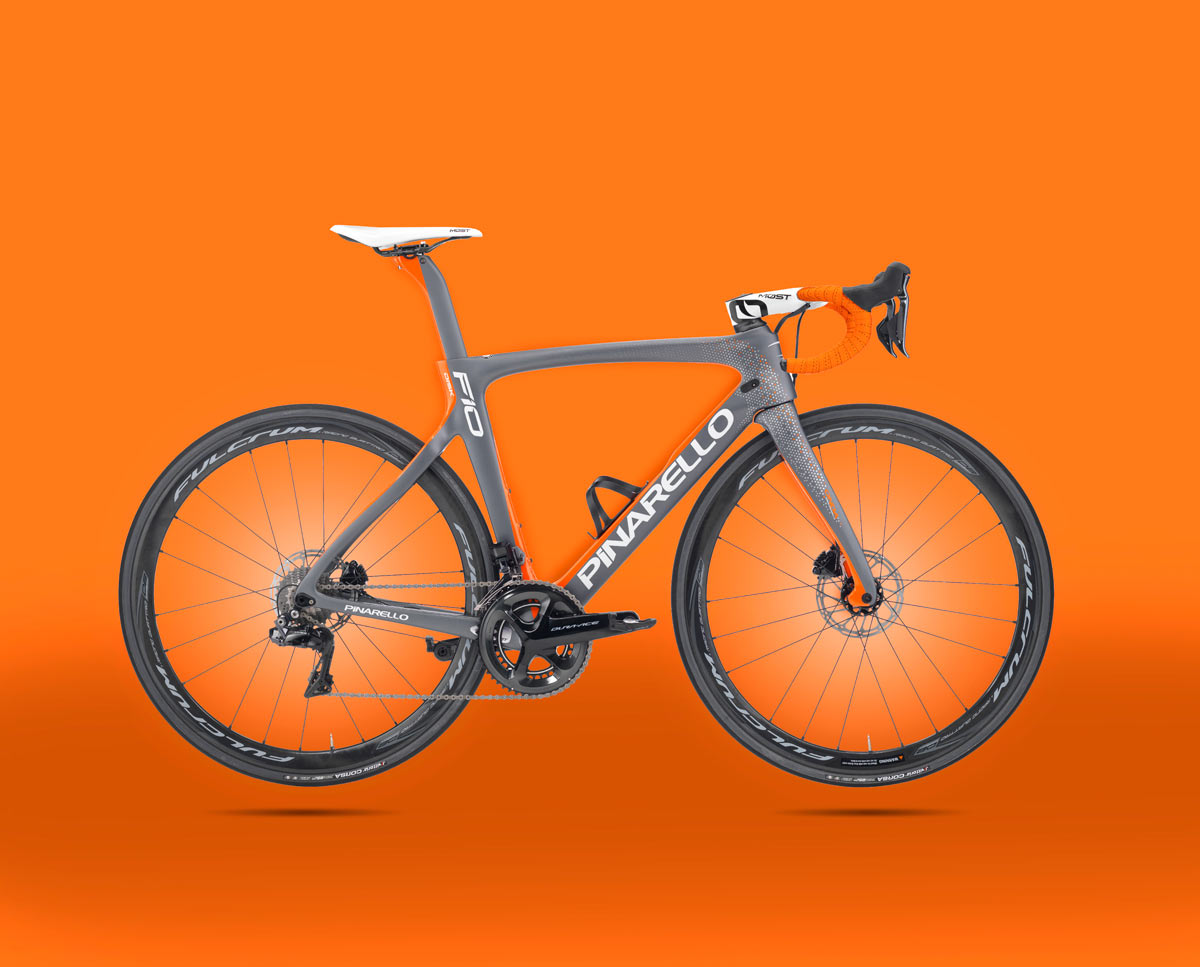 It should come as no surprise that Pinarello has introduced a disc brake version of its flagship road bike, the Dogma F10, aptly called the Dogma F10 Disk.

Along with the obvious addition of flat-mount, hydraulic disc brake capabilities, which makes way for 12mm thru axles (100 x 12 front and 142 x 12 rear), 160mm rotors and a modified fork and chainstays, other details that punctuate the new Dogma F10 Disk are a threaded bottom bracket, full internal cable routing and increased clearance to accommodate 25mm tires – which by current standards doesn’t seem very large.

Other than that, the Dogma F10 Disk shares the same features as its caliper brake sibling, which will be available in the same sizes and geometry, along with a range of new color-ways such as Mars Orange, Black Lava, Black on Black, Red Magma and Team Sky.

Pricing has yet to be announced.

Simultaneously, Pinarello has unveiled its new Dogma K10 disc brake equipped road bike, which is aesthetically very similar to the Dogma F10, albeit a more endurance focused model, which features an elastomer bumper between the seatstays and seat tube that’s designed to smooth out the road.

Full details for the new Dogma K10 are yet to be released as well.