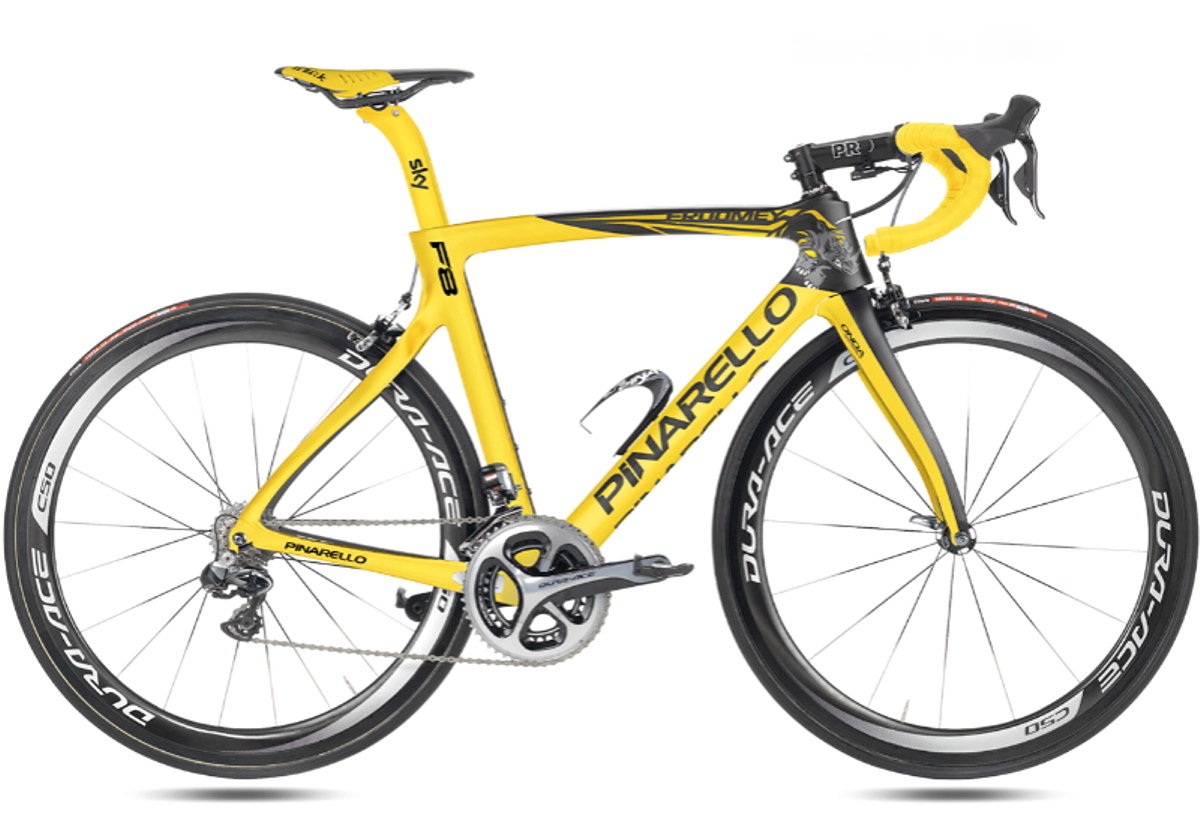 29 Jul 2015
By Gianni Pericolo - In LATEST ARTICLES, THE DOUBLE DIAMOND

The special edition Dogma, features a custom yellow “rhino” scheme paint, which is the same one seen on the British rider’s bike – during his ride into Paris on Sunday.

The bike is punctuated with such details, as “Froomey” inscribed on the top tube, along with the sketch of a rhino added to the head tube, as a  nod to Froome’s Kenyan roots.

Pinarello has yet to provide details regarding pricing, or the number of bikes that will be issued, but suffice to say, they won’t come cheap, nor be produced in abundance.