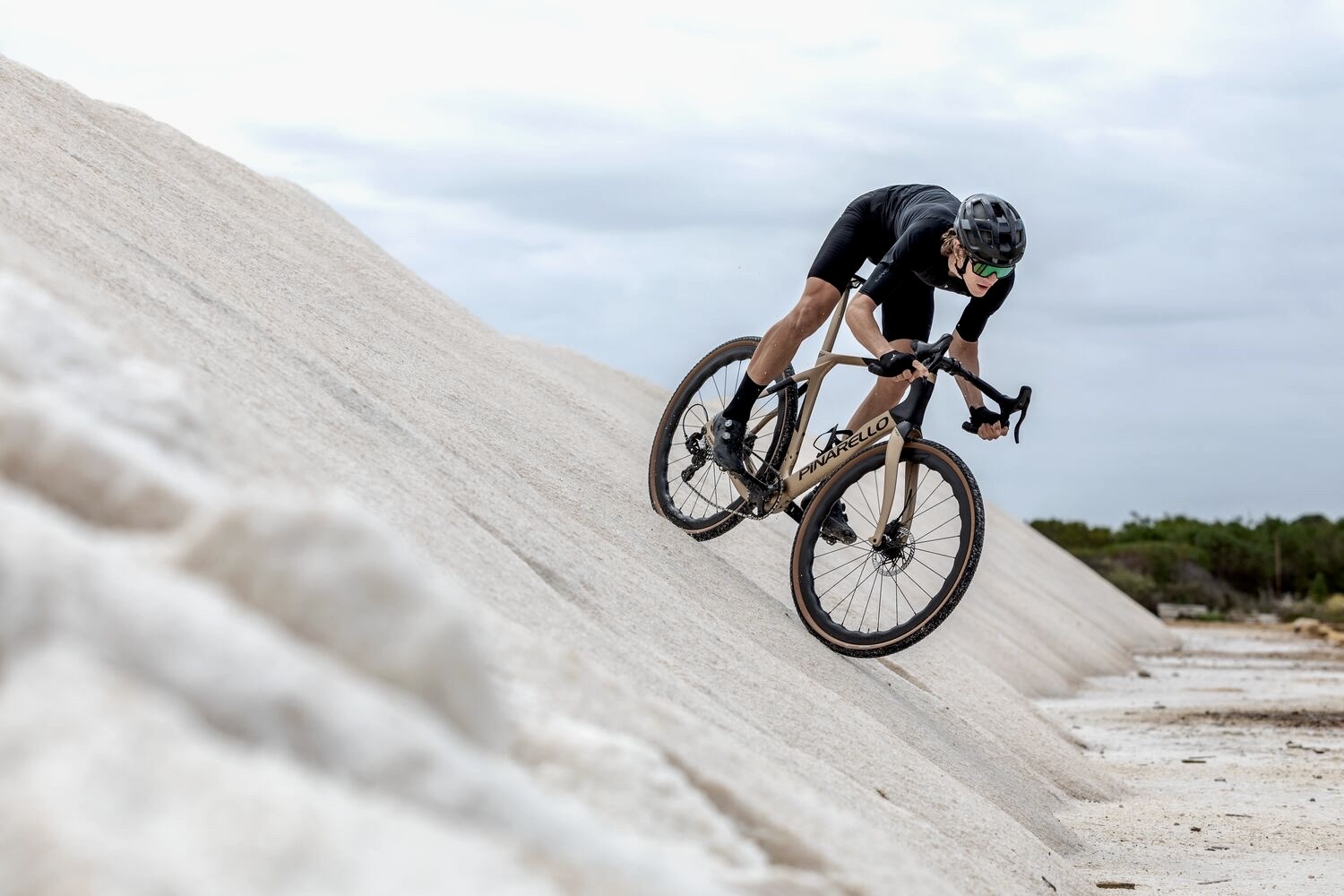 01 Jun 2022
By Campionissimo - In IMAGE OF THE DAY, LATEST ARTICLES, THE DOUBLE DIAMOND

Pinarello has lifted the curtains on its latest gravel bike called the GREVIL F, featuring a better aerodynamic signature than its predecessor thanks to revised tube profiles and revamped seatstays, along with greater cockpit integration, resulting it what the iconic Italian brand claims is an 8% stiffer bottom bracket area and a 4% improvement in airflow – the equivalent of saving 5 watts at 40km/h.

Cockpit integration for the new GREVIL F comes courtesy of Pinarello’s TICR (Total Internal Cable Routing) system, which routes the cables internally through a 1.5 inch headset into the stem, handlebar and frame, while the bike’s aerodynamics are further enhanced  by a concave downtube and fork flap to smooth airflow around the bottle cages and front disc brake caliper.

Clearance is also up via dropped chainstays, which can now accommodate tires up to a hefty 700x50mm.

In order to improve compliance, Pinarello chose a mix of different types of high modulus and high tensile strength carbon fiber, while also adding more material to key areas of the frame in order to bolster strength and vibration dampening properties.

Not surpassingly, the GREVIL F sticks with a traditional threaded bottom bracket for ease of servicing, along with a third bottle carrier that’s located underneath the downtube.

All in, Pinarello says an unpainted frame in a size 53 tips the scales at a respectable 1090g, while the Onda fork weighs in at 500g.

Regarding geometry, Pinarello decided to make things “racy” for the GREVIL F, by incrementally steepening the seat angle by half a degree and increasing the length of the chainstays across all sizes, while also broadening the reach on all but the largest size.

The GREVIL F will initially be available with a Campagnolo Ekar groupset for $6500, with plans to offer more build options from Shimano and SRAM in the fall.