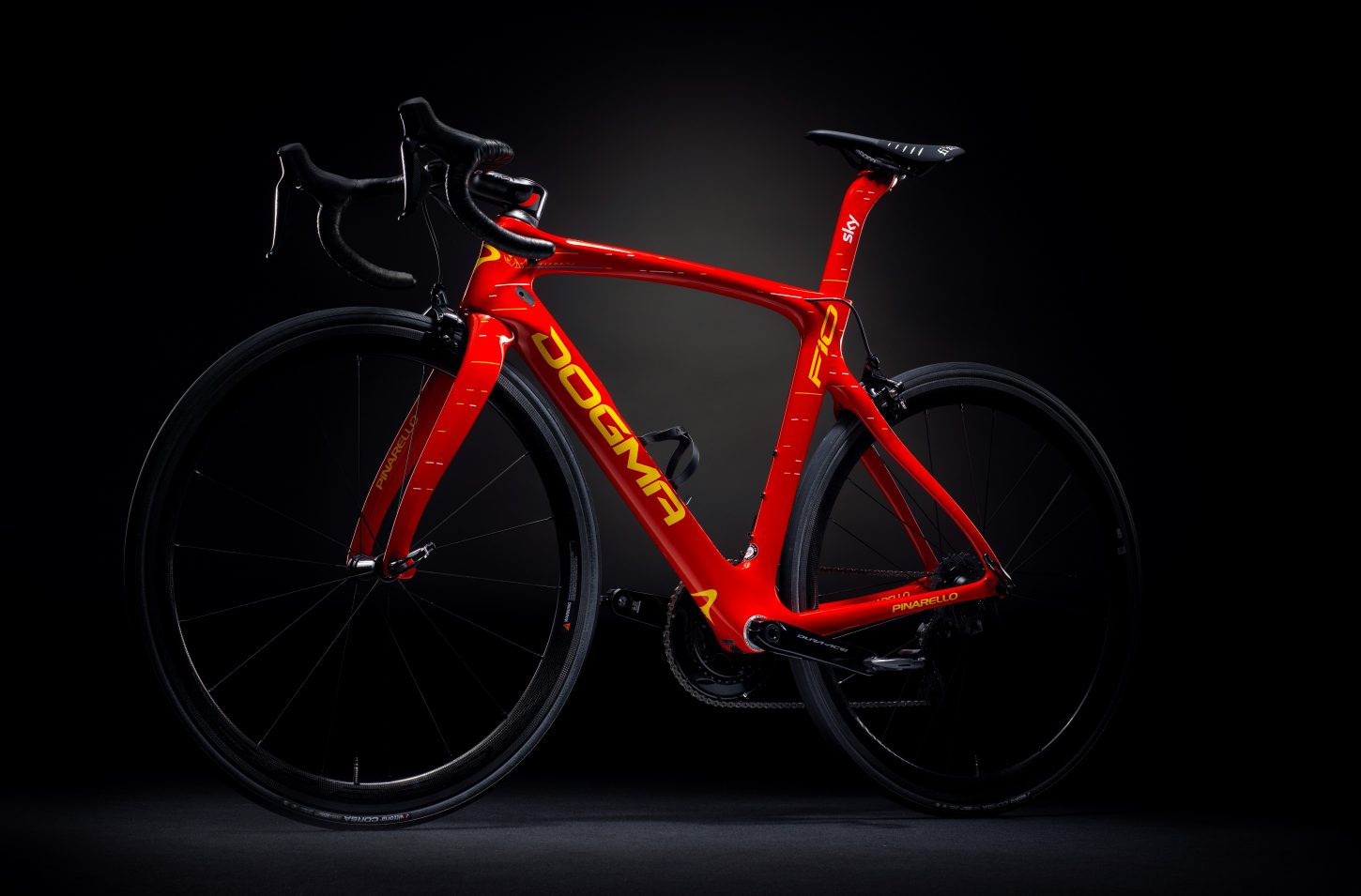 According to Pinarello, the King of Spain is available in three different design schemes.

One version features a full arrangement of Team Sky logos, along with Froome’s signature Rhino on the headtube, in yellow, while the other subtly drops the embellishment of the four-legged beast.

The final version does away with both the yellow Team Sky and Chris Froome Rhino accents, in favor of simple white detailing.

All three versions share the same geometry as the regular Dogma F10, and they’re available in eleven sizes ranging from 44-62cm.