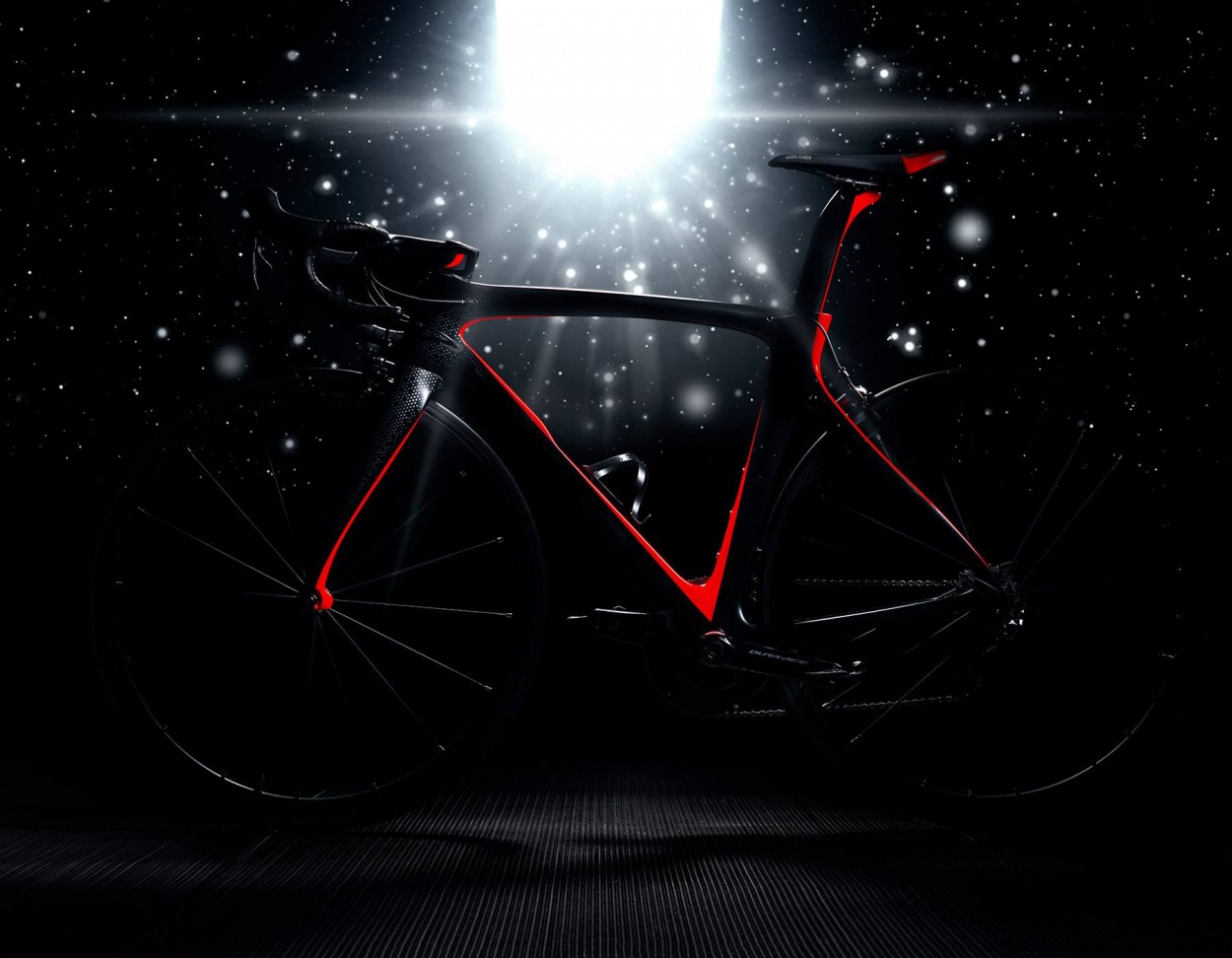 Pinarello unveiled details of its new Dogma F10 frameset today, which will make its official race debut with Team Sky at the start of this weekend’s Tour Down Under in Australia.

The Dogma F10 achieves most of its aerodynamic properties from a new concave down tube, which first appeared on the Italian brand’s Bollide range of time trial models.

According to Pinarello, this concave profile, combined with a smaller size water bottle, has resulted in a claimed 12.6% reduction in drag.

Other aerodynamic features include the addition of special tear-drop shaping behind the fork dropouts, along with bowed-out fork legs, which Pinarello says adds even greater wind cheating capabilities to the Dogma F10.

Pinarello once again relies on Torayca’s T1100 1K carbon fiber in the construction of the Dogma F10 frameset, as well as carbon fiber dropouts, removable front and rear derailleur hangers and its Think 2 system, which allows the same frame to be fitted with either mechanical or electronic groupsets.

In addition, Pinarello has extended the Dogma F10’s asymmetrical shape a further 2mm outwards along the drive-side area of the bottom bracket as a means of counteracting pedal force and providing greater stiffness and balanced, which they claim has resulted in an additional 7% lateral stiffness.

The geometry of the frame remains the same as the Dogma F8, with 13 different sizes available between 42 and 62cm, with one-centimeter increments in the middle of the range.

Additionally, the Dogma F10 is available eight color-ways, including the most popular black on black, a black and gold Wiggins edition, and the new Team Sky design decorated with thin white and blue lines that signify the team’s major success.

Other key features retained from the Dogma F8, are the specially shaped seat post and integrated clamp, along with an externally threaded bottom bracket.

“We’ve been working in partnership with Pinarello on this new model for a while now and so the whole team are really excited about the new F10,” said Team Sky’s director  David Brailsford.

“Pinarello have been a big contributor to our success and we have worked closely with them since our inception. We were delighted to renew our partnership with Pinarello last year. They are committed to innovation and constant improvement, so they are the perfect partner for Team Sky.”

Pinarello President Fausto Pinarello added: “Our new Dogma F10 is the eighth bike we’ve provided for Team Sky in seven years, and as usual, the last one is always the best one… Good luck guys!”

The Dogma F10 is scheduled to go on sale in February.