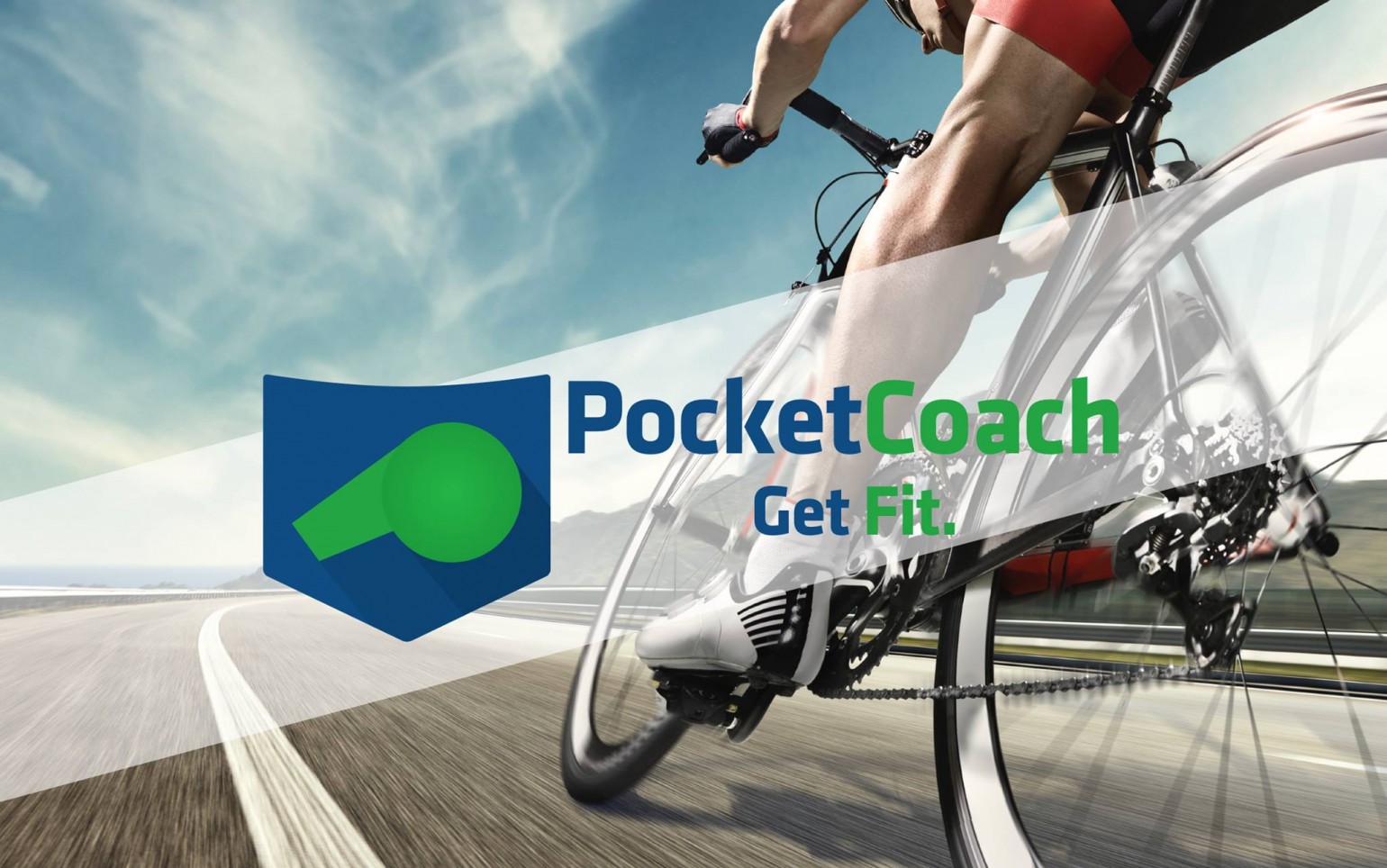 Pocket Coach first broke cover about three years ago, when the app was introduced during the GlaxoSmithKline App-Challenge as part of Ireland’s national app awards, which resulted in a €50,000 development and public relations award.

From there, principal inventors Anthony Walsh and Ciarán Ó Conluain, have continued to refine their app alongside a team of developers, to where it is now supported by both Android and iOS platforms, along with a host of new features.

Pocket Coach represents the first app of its kind to correlate data such as age, gender, weight, fatigue, diet, sleep, heart-rate, power output  and other variables, directly from the user and implement structured training programs based on the user’s current and projected levels of fitness. Moreover, Pocket Coach is capable of storing training metrics over a long period of time, so the app can retrieve and analyze archived data in order to create future programs.

The core strength of the Pocket Coach app is the algorithm, says Walsh, “the algorithm has inbuilt artificial intelligence so it’s capable of learning a rider’s preferences.” “It takes into account fatigue, diet, sleep and many other variables. It uses all the information it gathers one day to modify and adapt the next day’s session based on these results. It’s going to change the way we think about conditioning athletes and its application is incredibly wide.”

The app isn’t just for elite athletes, Walsh adds, it can benefit “everyone from a house wife to an Olympic athlete,” and it is applicable to “a wide range of sports and to the wider market of non athletes who are just hoping to lose weight”.

“It’s going to give athletes the tools they need to make smart choices about their training,” says Ó Conluain.

“Previously, people training for events were throwing punches in the dark and hoping something landed. The app will take all the guess work out of the training and the conditioning an athlete,” says Walsh.

“Cyclists, especially leisure cyclists, are very fond of new gear and anything that will add to their performance”, Walsh adds.

“No longer will a cyclist have to go for a bike ride and wonder if what they are doing is helping them get closer to their goals.” “That’s the killer feature of the app and it’s something everyone who takes cycling and fitness seriously will want.”

Ó Conluain says that the team behind the app is exceptional and are driven to succeed. “We work with brilliant people, all of them with a passion for athletics and a deep appreciation of coaching and how it can improve performance. The potential for this app is enormous and that’s what we are focused on.”

Sante Kotturi one of the developers of the PocketCoach cycling app, the 2014 winner of the GSK App-challenge, believes mobile apps and fitness apps are currently lacking in what is really useful to the user and the athlete.

“The tech world needs to experience a paradigm shift away from descriptive apps towards prescriptive apps,” says Kotturi. “Our current technologies are largely descriptive, Fitbit, Jawbone, Android Wear, Apple Healthkit, FuelBand, Zeo, Basis etc. They just tell you about what happened, ‘You walked 8,392 steps today’ and do so with some pretty graphs.”

Kotturi says this is not what apps of the future will do, but “it’s great that we’ve reached this point as it makes our next steps possible”.

And what are the next steps?

“What separates PocketCoach from the rest of the current fitness apps available (apart from our sole focus on cycling and perhaps running in the future) is that by adding professionally created workout sessions, we’re able to add a key component to the equation: an input.”

“By adding an ‘input’ you suddenly change the game”, says Kotturi.

“By comparing the two and analysing the latter, we’re able to tailor the next input to produce the best output. The result for the user is a personalised and highly tailored workout plan that adapts and grows with them, helping them achieve their best possible performance at a fraction of the price of a human coach.”

What PocketCoach wants to create is an app that provides “a better coaching experience than what a human coach can provide”.

“We’re currently focusing on the algorithm side of things, delivering customised sessions to the users and perfecting this loop of inputs and outputs. From there we hope to expand into wearables and implement a live-coaching experience during sessions. Finally, we’re planning on integrating other wearable sensors to reach all our customers needs,” says Kotturi.

Pocket Coach is currently available for download from both Apple and Google Play for free,

Need some support with your training?

Leisure riding participation is at an all time high. Racing licences are growing at a similar rate. People in their millions (120 Million at recent estimations) across the world are riding their bikes for pleasure (or pain!) with massive health benefits. Cycling is booming and people are looking for guidance on how they can enjoy their cycling even more.

You lead a busy life and often an unpredictable one. Family and friends make you change plans. You have to work late or a bout of sickness leaves you feeling tired. You know you have a goal but lifes unpredictability means you can’t stick to a long term scheduled plan. You need personalisation but coaching costs lots of money. This is where we can help!

It doesnt matter if you train for 6 hours a week or 16, getting the guidance of PocketCoach will make every hour more productive, getting you where you want to go. PocketCoach works around your schedule, riding style and goals. If you like to ride with your group every Sunday or if there is a weekly race that excites you, that can be factored in.

Once you fill in PocketCoachs detailed questionnaire and state available hours it will give you a weekly schedule and amend training session on a real time bases. Tomorrow’s session could change based on how your life changes.

Imagine what you could achieve with the 24/7 support of a coach at the fraction of the price. Imagine feeling better, enjoying every minute on the bike more and reaching your goals. PocketCoach will guide you all the way.