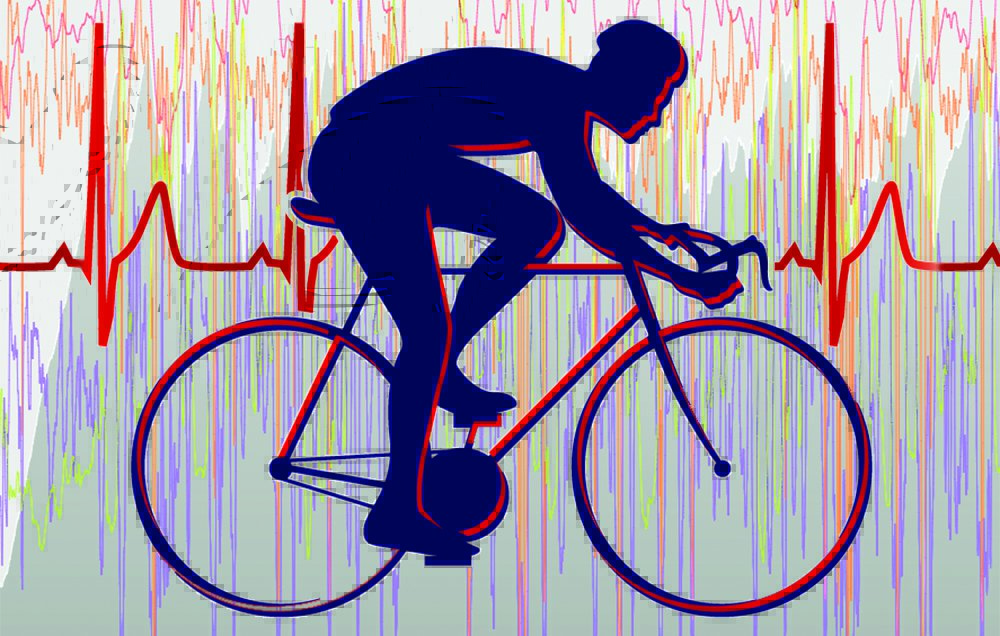 Power meters and their readings have become ubiquitous at all levels of cycling, from elite level to club riders and casual Sunday morning cyclists. Technical rider data from pro races is available not just to team managers, riders and sports scientists but also to fans with Velon’s in-race live data. Why is power so important, how is it generated, and what can it tell us about a rider’s performance?

“It’s analogous to the engine of a car,” says Dr Dan Dwyer, Senior Lecturer in Applied Sport Science at Deakin University in Geelong, Australia. “Power is the rate at which work is done. The more power you have, the faster you can accelerate, the faster you can ride on the flat or up a climb. With a climb it’s more about the ratio of power and total mass.”

The consensus is that a power reading doesn’t lie, as Edward Theuns of Trek-Segafredo explains: “Power is a really objective value. It’s not like heart rate which is more related to the circumstances. If you do a longer climb the riders know how much power they can put out for say 10 minutes or 20 minutes or an hour.”

So how does a cyclist’s body produce power – through nutrition, oxygen etc.?

“Then you start to talk about the physiology of sport,” says Dr Dwyer. “Cyclists produce power because they have a metabolism – a physiology able to turn oxygen and carbohydrate and fat into ATP (adenosine triphosphate) which is a molecule. It’s like a unit of energy in our cells, including our muscle cells.”

“You use fat and carbohydrate in the presence of oxygen to make ATP, which is used by the muscle cell to contract. Pro cyclists have a very high aerobic capacity. They have an enhanced capacity to turn more oxygen into ATP at a much higher rate than untrained people.”

It won’t surprise anyone to know that a pro rider’s conditioning and fitness allows them to produce more power more efficiently than an amateur. But it is also a matter of technique.

Dr Dwyer says: “Pro cyclists have a much more efficient and effective pedalling technique. The timing of the contraction of their leg muscles leads to force production in the right direction relative to the crank angle at the right time, to optimize the translation of force.”

“For training it’s really important, because most of the trainers use power to give you certain intervals based on your power tests,” says Theuns. “They use your power values to implement a training schedule. It’s the one thing we’re using all the time in training.”

Dan Martin of Quick-Step Floors Pro Cycling adds: “Generally in a race, you’re using it [the power meter] to understand why it’s hurting … sometimes I’ll think ‘this feels really hard now’ and I’ll check and see ‘yes, it is hard’.

“You can use it to make sure you’re not going above your limit. You know where you are as far as fitness goes … you’re not going to stick at a ridiculous power output for five minutes because you know you’re going to blow up.”

In a Grand Tour, a general classification contender hoping to make the podium must carefully control their power output. Often their domestiques will have much higher power readings when they are working for their team leader.

“It’s this delightful puzzle of having a finite amount of energy to expend on the stage, and trying to figure out the optimal way to expend your energy,” says Dr Dwyer.

“It’s being smart, it’s about knowing when to spare your reserves, and knowing when to absolutely explode and produce as much power as you can in a finite amount of time.”

At all levels of the sport power meters have become ubiquitous in recent years. Have they fundamentally changed cycling?

Theuns says: “I still think it’s the strongest guy who is going to win but if you use your power reading, you know you won’t overestimate yourself. I think that’s normal, because all things are getting more scientific. I think it’s really interesting.

“You can compare yourself to other guys, you see certain values, for instance Chris Froome rides a certain power on a climb, you can compare it yourself. You can see how much power they can produce, and can see how good they are, because if you see another guy do 50 watts more it’s even more spectacular. So it’s really something nice to know.”