Pro Cycling: A Crazy Idea, or a Sure Bet? 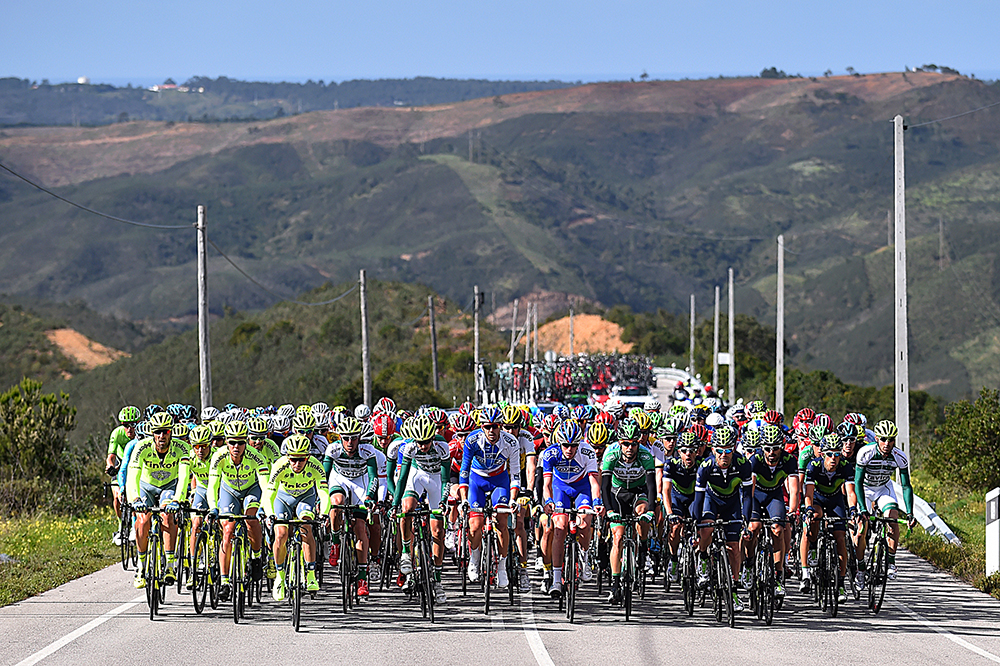 Two recent news flashes in professional cycling have underlined some key uncertainties about the future of the sport. First, it was reported that Peter Sagan was in talks with Team Astana team about a contract for 2017, after Tinkoff Bank ceases its cycling sponsorship at the end of this year. More recently, it was confirmed that the IAM Cycling WorldTour Team will be folding at the end of the year, as its management was unable to secure a successor sponsor.

These may seem to be two unrelated developments, but there are some intriguing ways in which they might intertwine to create a lucrative opportunity for the right player. In addition to being the current World Champion, Sagan is the peloton’s most charismatic star; he was recently ranked by Sports Pro Media as the 26th “most marketable” athlete in the world – ahead of such global stars as Rory McIlroy, Usain Bolt, and Lionel Messi (among the Top 50 names, Lizzie Armitstead at #46 and Nairo Quintana at #37 are other pro cyclists also ranked). IAM Cycling is a WorldTour team which, while finding moderate success over its four-year run, lacked that big win or the star rider that would make the team a valuable and sought-after marketing engine and platform.

Much has been written and will be written about Sagan’s existing options for 2017. With 100 or more riders estimated to be on the market in 2017, almost a quarter of the WorldTour peloton could be turning over. Current teams looking to bolster their Grand Tour or Classics capabilities will be able to stock up and drive hard bargains, because the glut of talent and lack of roster spots puts the riders at a negotiating disadvantage. But what if the riders themselves were to drive change and create a new kind of career opportunity?

By all means, Sagan should go after the money; a pro cyclist’s prime earning years can be counted on one hand. With his ability, track record and persona, he will obviously command a high price. However, Sagan should also carefully consider the benefits of a team that can be focused around his objectives, and which could maximize both his sporting and earning potential over the longer term. While Astana may have seemingly bottomless government funding, it also has too many troubling organizational and personnel problems to even try to list here. It may be able to outbid the rest of the sport for Sagan’s services, but it would probably represent little more than just a place for him to collect paychecks.

IAM Cycling is folding because it never found the superstar on whose back a global sponsor could truly be attracted and maintained. The team was successful in many ways for its current owner, but IAM never became as recognizable as many of the other major teams. And in the vicious circle of cycling, since it didn’t have enough spark and glamor to bring in additional top-level co-sponsors, it couldn’t command the kind of up-front cash necessary to attract superstars. As a result, the eponymous Independent Asset Management is stepping away from its sponsorship.

In the business world, a distressed company can often represent a huge opportunity – and the same is true in pro cycling. Sagan and his team of advisors have the opportunity to attract and pull in a global brand on which to anchor a long-term team sponsorship based on his image. Not just another bike company, or a consumer product with a tightly focused market objective, but a true global sponsor in financial services, information management, transportation, or staple commodities: an IBM, a Starbucks, a PepsiCo, or an Uber. Sagan’s group could potentially secure at a nominal value the IAM team’s organizational assets, which include the WorldTour license and other essential assets for his sporting success, as well as the core riders of a team that can be quickly rallied behind his strengths. This could be a formidable starting point, and could allow Sagan’s group to focus on the future with a new type of team business model.

In many other sports, the athletes themselves have forced change – by mobilizing their influence, changing the balance of power, and pushing forward new business models. Not since Lance Armstrong or Greg LeMond has an individual rider had this kind of opportunity to shake up the nature of pro cycling’s team business model (and arguably, without the former smoke and mirrors of the doping era). Sagan has the opportunity here to wield his influence, not just as an elite athlete, but also as a power broker, and this could help to redefine and stabilize the team investment climate for years to come. In light of recent comments by soon-to-be former Tinkoff team owner Oleg Tinkov on Danish television, that BMC and Katusha may also be ending their WorldTour investments, this kind of shake up cannot come soon enough. It would help buy the sport some time in which to implement further economic reforms, and possibly reduce pro cycling’s economic dependency on ASO’s Tour de France.

Whatever firm sponsors Sagan will get its money’s worth, and Sagan will profit handsomely as well. But Sagan and his team could take the reins now to drive that value. Rather than waiting for an existing WorldTour sponsor to come up with a suitable offer, he could actually create the opportunity to suit his specific objectives. With Sagan as the catalyst, a new owner of the former IAM team’s WorldTour license would have the cachet of the sport’s dominant star on which to rebrand and build. Somewhere out there, there is a global-scale sponsor poised for just such an opportunity to deliver its marketing message. The immediate combination of Sagan with a strong team’s legacy WorldTour license might not be a long-term solution to the sport’s overall sponsorship crisis, but it could be a perfect short-term bet. And not only that – it could provide a much needed spark for pro cycling’s economics.