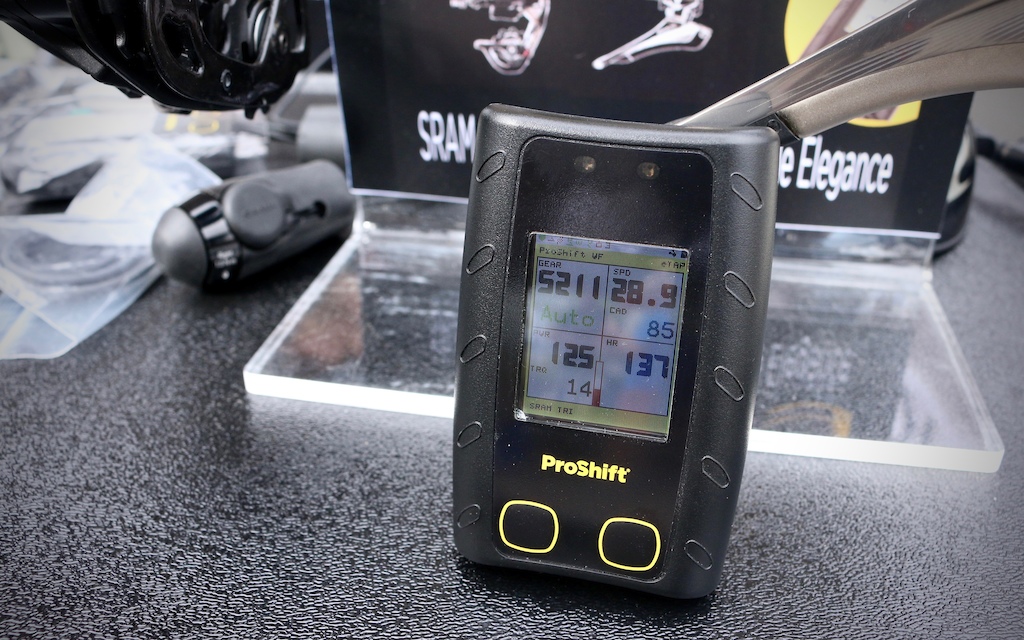 One of the more interesting products discovered at this month’s annual Interbike show, was the ANT+ enabled ProShift, which can interface with any current electronic groupset and automatically select the optimal gear for the rider.

According to ProShift, their system relies upon the use of proprietary algorithms, which in turn determine what the best gear is for the rider  based on real-time data such as power/torque (if using a power meter), speed, cadence and heart rate, and automatically shifts the bike’s drivetrain accordingly.

However, ProShift also has a manual override option as well, which allows the rider to make a desired gear change, before the system returns to its automatic shifting mode.