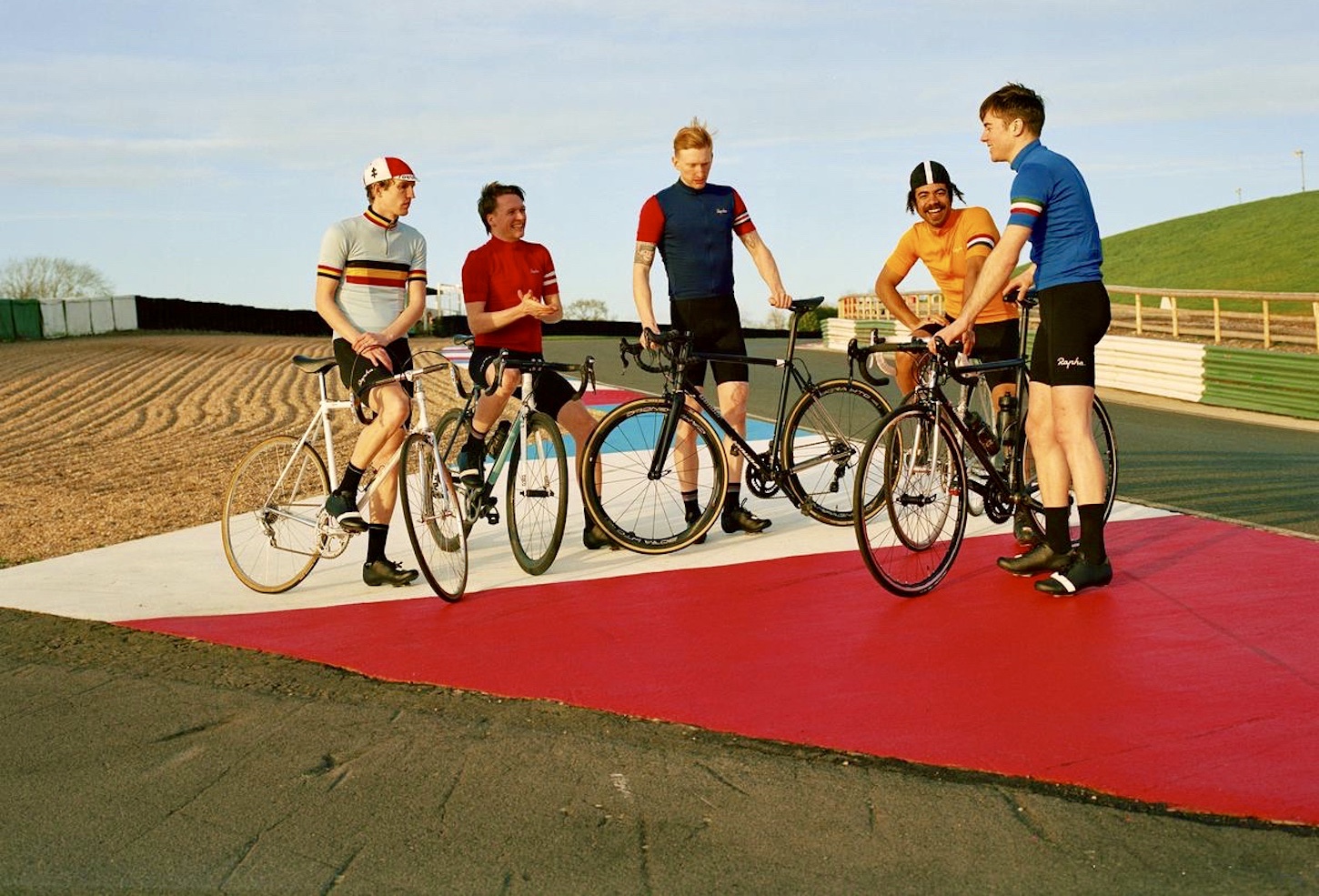 Rapha has launched a new collection of jerseys called the Classic Country Collection that reprise the national team jerseys of the 1970 World Championship Road Race.

The collection comprises five jerseys that are modeled on the old national teams of Great Britain, Belgium, Italy, the Netherlands and Denmark, and celebrate the fiftieth anniversary of the 1970 road race World Championships held in Leicester, UK.

Race enthusiasts will remember, how after a grueling 271 kilometers of racing, four riders battled it out for the coveted Rainbow Jersey, where  Jean-Pierre Mosere of Belgium emerged victorious over Leif Mortensen of Denmark and Felice Gimondi of Italy in a sprint finish, while Les West of Great Britain rolled over the line in a valiant fourth.

To celebrate this epic race, Rapha has launched reworked versions of the iconic national jerseys worn by these riders, including the Netherlands, which feature a high-quality RPM150 merino wool blend.

Interestingly, while the British, Danish, Dutch and Italian jerseys have a full-zipper and accents just on the sleeve cuff, the Belgian jersey is further embellished with the infamous red, yellow and black tricolor across the chest and sleeve cuff, as well as a half-zipper.

Completing the Classic Country Jerseys collection, is a team Roeselare cap that pays tribute to Mosere, who is the second-youngest World Champion ever after fellow Belgian Karel Kaers.

You can see the Classic Country Jerseys collection and cap by visiting Rapha’s website here.