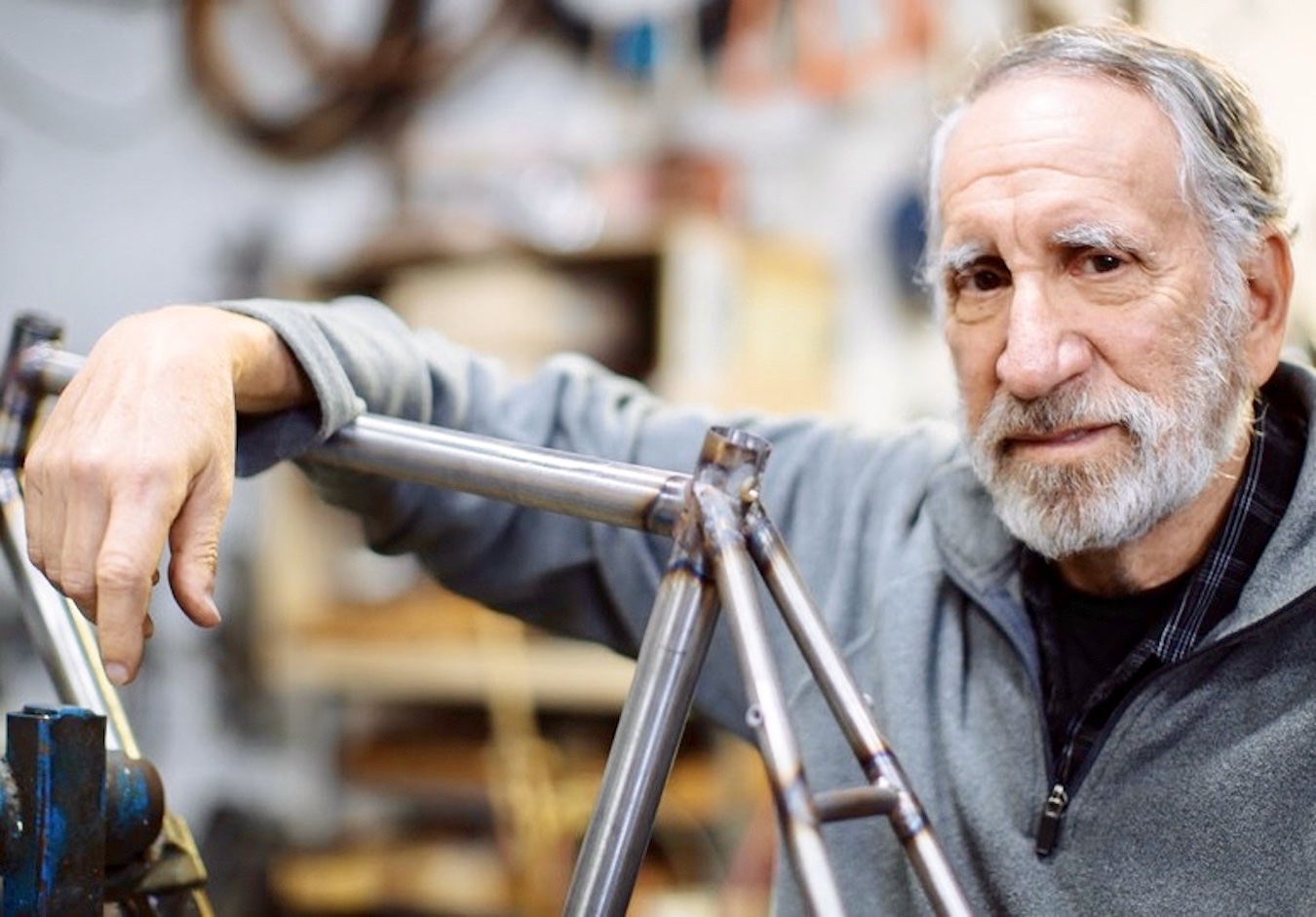 According to friends, renown framebuilder Bruce Gordon was found dead Friday morning at his home in Petaluma, California.

Gordon was part of a small circle of framebuilders who gathered in the San Francisco Bay Area during the 1970s. Gordon first learned his craft under the tutelage of legendary framebuilder Albert Eisentraut.

Gordon quickly became known fo this finely made frames, racks, panniers and other gears, as well as outlandish humor. For instance, he was the co-leader of the Society of People Who Actually Make Their Own Sh*t (SOPWAMTOS), which held a parade and gave out awards at the Interbike shows in the mid-1990s.

Gordon retired from framebuilding several years ago. He also attempted to sell his business for several years, and in 2017 supporters founded a crowdfunding campaign to buy his business, which included a retail store in Petaluma.

In recent years Gordon had been selling off remaining parts and other inventory, including the Rock ‘n Road tires he developed in partnership with Panaracer in Japan.

The tires represented some of the first 700c mountain bike tires, before 29-inch wheels became popular and the gravel riding craze became an industry trend.