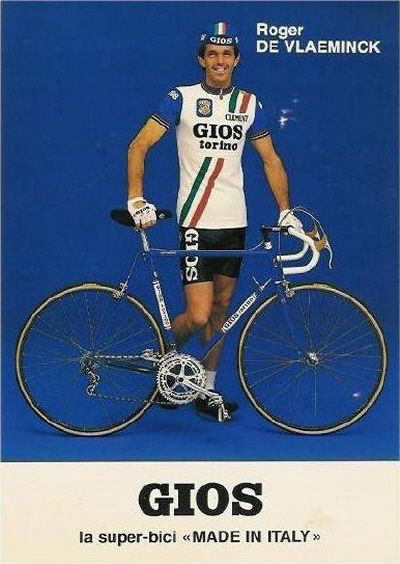 Happy birthday to Roger De Vlaeminck, who was born on this on this day in 1947.

Nicknamed the “Gypsy”, the Belgian rider began his professional career in 1969, and remained a  dominant “classics” rider throughout his era.

Indeed, De Vlaeminck’s palmarès reads like a “who’s who” of cycling, with victories encompassing virtuality every significant one-day race throughout Europe. In fact, his racing accomplishments are only surpassed by fellow Belgian rider – Eddy Merckx.

In addition, De Vlaerminck rode in the Giro d’Italia numerous times, winning the prestigious points jersey in 1972, ’74 and ’75.

He was also an accomplished cyclocross racer – winning the Cyclocross World Championships in 1975. .

De Vlaeminck retired from racing in 1984, with no fewer than 292 professional victories.