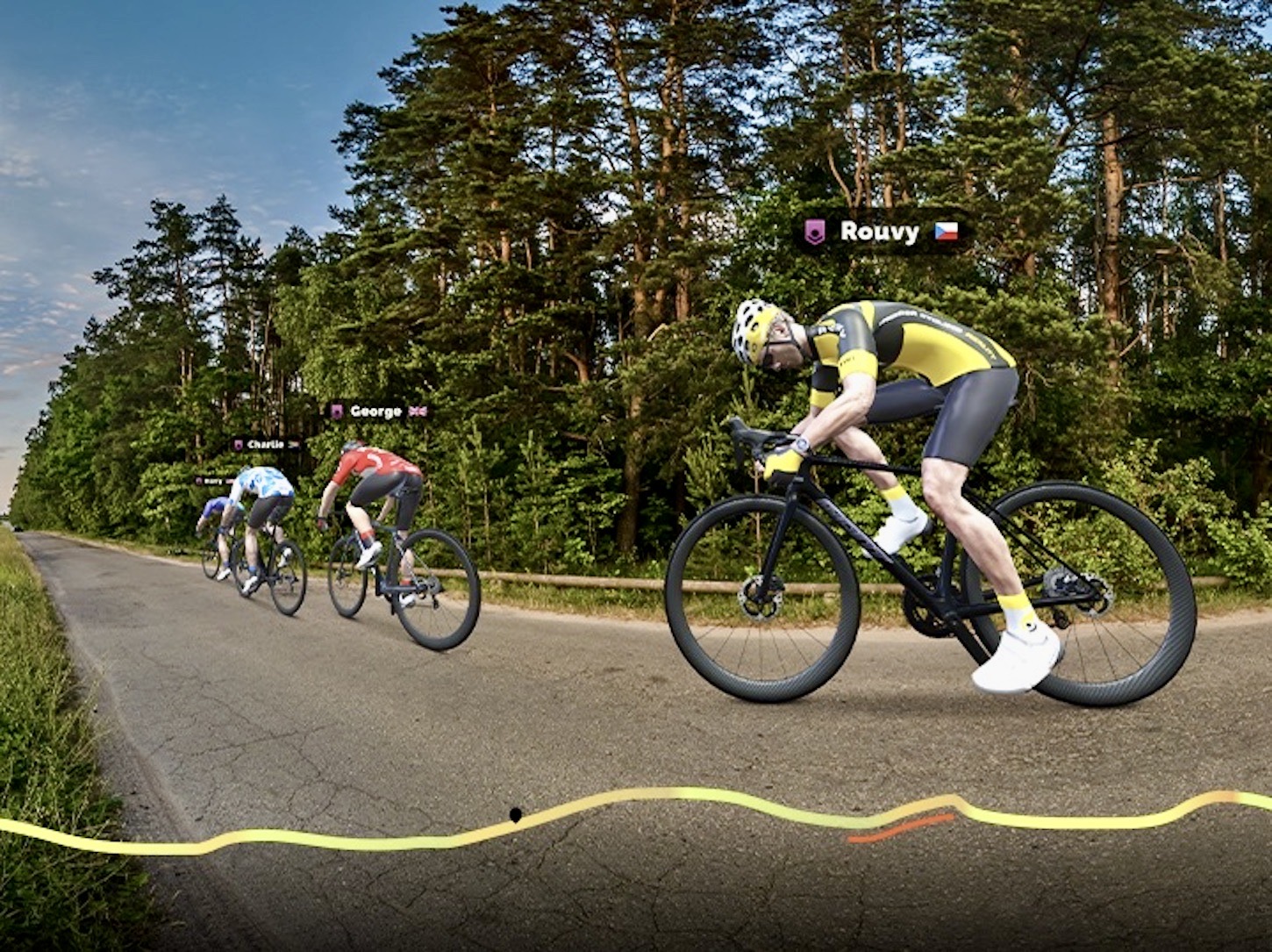 ROUVY has announced the launch of its new OmniMode technology, a first ever 360° virtual racing platform that features real-life video routes in iconic locations.

“OmniMode is the next generation of the ROUVY indoor cycling app, providing the rider with improved features and a 360° range of views to create an even more immersive cycling experience. Going 360°, ROUVY’s event experience is about to become the new industry standard. The new concept will provide athletes with enhanced levels of in-ride group interactivity, fun and competition. Casual riders also now have the opportunity to explore the world at their own pace in stunning 360° video panorama,” boasts ROUVY.

ROUVY’s unique digital platform is based on augmented geo-synced video routes that offer a real-life riding experience, giving riders the opportunity to experience routes from such iconic races as the Vuelta a Espana, Tour de Suisse, Tour of Germany, IRONMAN, Challenge Family and more than 70 other world class racing events. Also, ROUVY ensures a precise 1:1 simulation of outdoor riding, turning mundane training sessions into challenging segments that take riders across the world to distant and exotic places.

“This is another important milestone for us,” says Petr Samek, one of ROUVY’s founders and CEO. “We aim to bring a major innovation to the market and global athletic community every 4-5 years. So this is again one of the turning points in the history of our product. From now on, virtual cycling will never be the same again, as casual amateur cyclists will be able to compete on the Tour de France roads, Spring  Classics Monuments or iconic Italian climbs with the same level of 360° realism as the World Tour pros. We are proud to be the first on the market to provide such a solution that is globally available and quickly scalable. With a proven track record of multiple virtual events, both of the UCI-sanctioned and national level competitions, we believe it will be the best go-to concept for different eSports cups and championships.”

Jirka Samek, Chief Research Officer and one of the company founders, adds, “OmniMode is the new future that we have started creating and shaping today. For the launch, we have made 7 courses from real-life pro races in Germany, Italy and Slovakia. Just as it is now possible to ride any course on a trainer on ROUVY, so, in the future, you will be able to enjoy and prepare for any race, or compete against the world in legendary places in 360° view. It took years of research to come to this moment. Actually, our original 360° videos are recorded in 11K resolution, but we lower that to 2K to be playable and “usable” for the majority of customer devices.

The control over OmniMode can be enabled both automatically and manually and can work simultaneously. By default, the automatic 360° panoramic camera is turned “ON” (and can be turned off in the menu). The camera controls are located at the top of the in-ride screen (keyboard hotkeys: B – look back, P – panorama, F-front view)  and in the menu settings. The algorithm for the automatic camera change works this way: “front camera” for 80 seconds, then switches to “rear view” and then “whip-pan” panoramic mode for about 15 seconds. The switch to the rear camera happens more often than to the panoramic one in a 2:1 ratio.

Starting with a diverse offering, real cyclists can enjoy this new level of realism on climbing, flat, and rolling elevation profiles. To be easily searchable all OmniMode routes will have a dedicated folder in the route app catalogue.

Lauren Wolff, ROUVY’s ambassador says, “as an experienced competitive rider, I am thrilled about this new 360° experience with OmniMode. It will make all online group rides and races much more enjoyable than it was in the past. There will be no bunching or overlapping; instead, the riders are perfectly displayed individually, giving one a perfect view from all angles. In races, this will be great for tactical reasons comparable to real life, where you can look back over the shoulder and see who is closing the gap and have the same vision for what lies ahead – with better visibility. What I also like about it, is the ability to now see more of the scenery all around while one is riding that couldn’t be seen before. I love it!”

The new OmniMode routes will be released on a weekly basis at approximately 1 route per week. Strava Live Segments will be located on all newly released OmniMode routes (these can be disabled in the app settings). For the easy and convenient control of the 360 views, the camera controls will be available in the ROUVY Companion App which will be released within 1 month, to offer an upgraded level of app control and user experience. Currently, with the arrival of all new updates there will be no change in the current pricing. (Top “bird fly” view is expected to arrive in the future.)

To enjoy and take advantage of all features of OmniMode,  the ROUVY app should be updated to 2.15.0 version (or higher). New athletes are provided with a 14-day free trial experience (no credit card required) and upon buying, one subscription can be shared with 2 more household members. The apps for Windows, Mac, iOS and Android devices or Apple TV are available on https://rouvy.com/download.

Other recently released features include