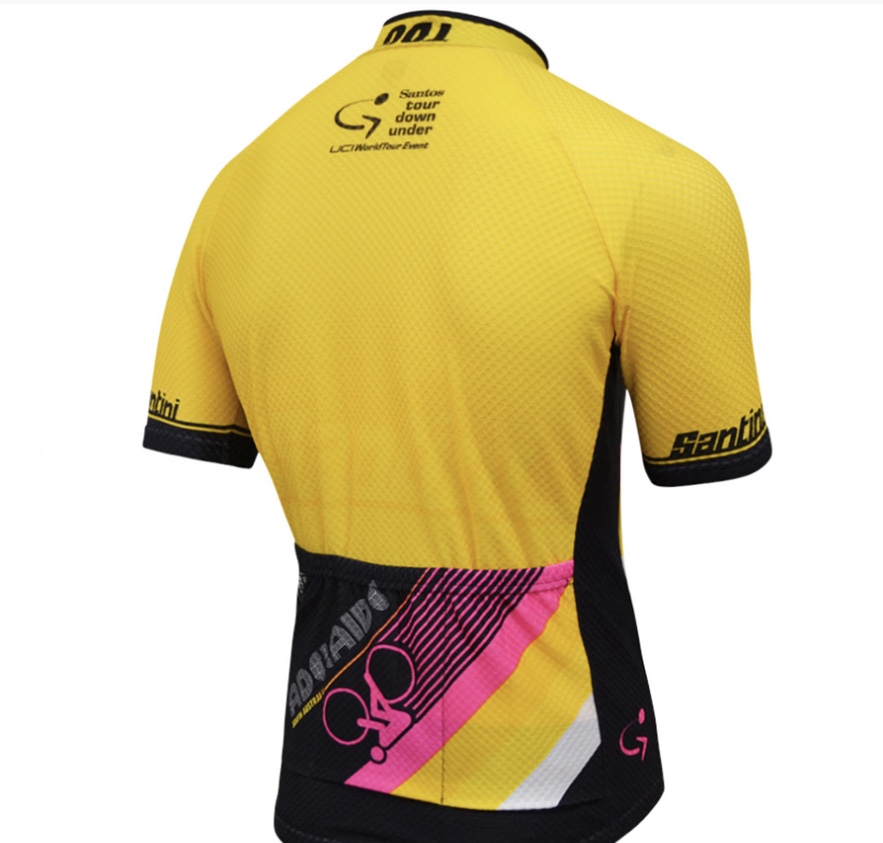 To commemorate the Tour Down Under’s 10th Anniversary this month, Santini has launched a series of special jerseys, which highlight some of the race’s historic routes, such as steep and twisting Corkscrew Road, the Old Willunga Hill stage which is known for having a giant image of a crown painted on the road at the top of the climb, along with a jersey which celebrates South Australia’s capital of Adelaide – home to Aussie race for the last 16 years.

Additionally, Santini once more, is the official provider of the Tour Down Under’s leaders Jerseys, which signify the general classification leader with orange, green for the best young rider, customary Polka Dots for the best climber, and Red for the top sprinter classification.