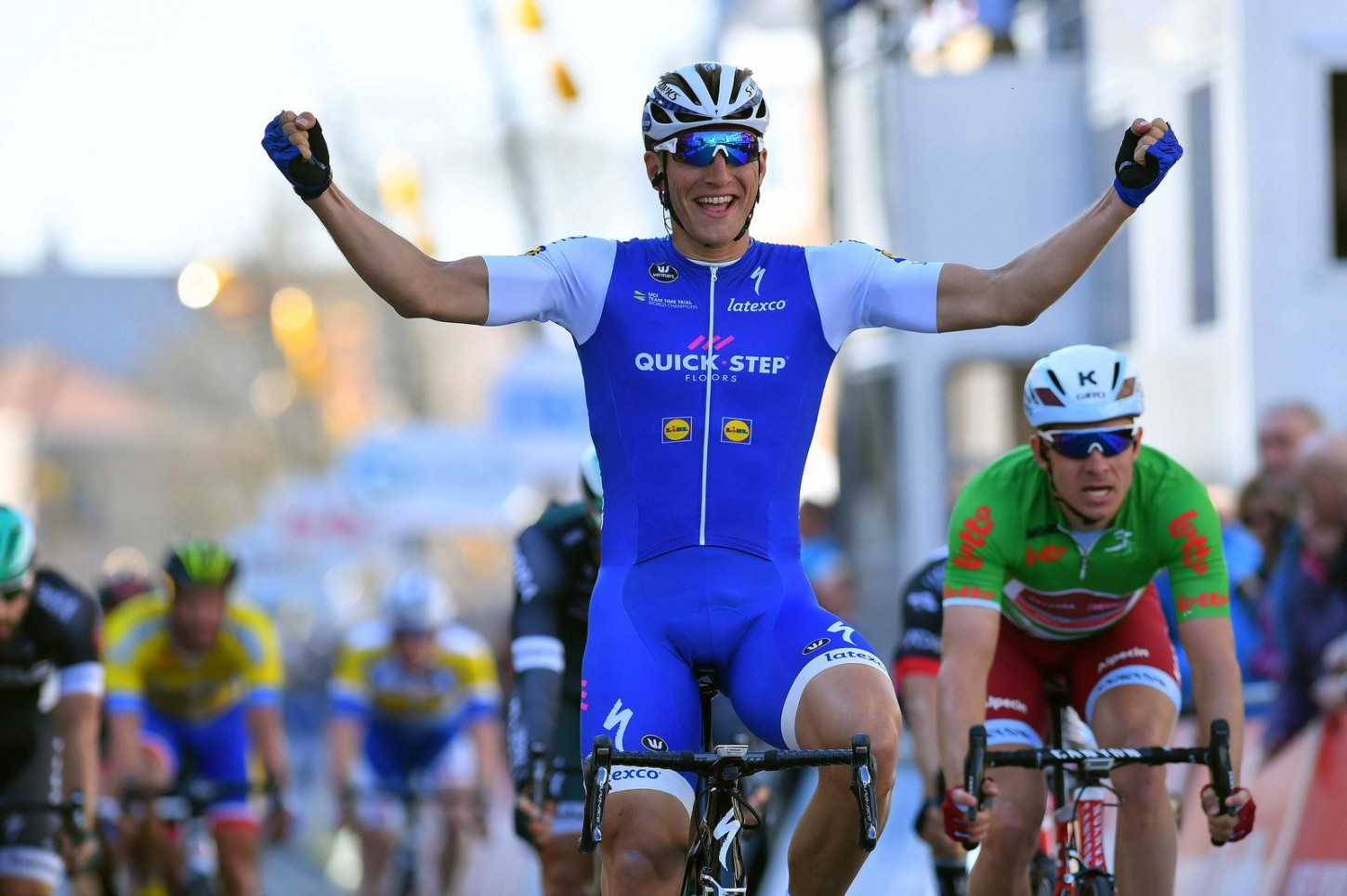 “It was fantastic work from the team, Tom Boonen was strong in the finale. I was happy he could help me so much. Fabio Sabatini was caught up in the crash, but Matteo Trentin was very good and very smart in the lead-out,” Kittel said.

“I think it’s now a pretty good record so far. Schoten feels a little bit like my living room. I’m always happy to win here again and to see the fantastic spectators. It’s one of my favorite races,” he said, confirming that he will forgo the Giro d’Italia. “I won’t be in the Giro. Fernando [Gaviria] will be our sprinter there in the team. I will take some rest now and restart my training, and then ride the Tour of California as I build up to the Tour de France.”

It wasn’t long before the peloton began organizing a concerted chase effort, which eventually led to all but Ligthart and Zhupa being reeled.

However, the duo was finally caught as well, with just under 17 kilometers to go.

Not long after, a massive crash plagued the peloton, significantly reducing the size of the inevitable bunch sprint.

After escaping the mess, Team Sky led into the final turn for Viviani, but Quick-Step was keen to mark the British squad’s move, with Kittel tucked into a perfect position.

From there, the German powerhouse easily claimed the sprint, to secure his fifth career win in the race.