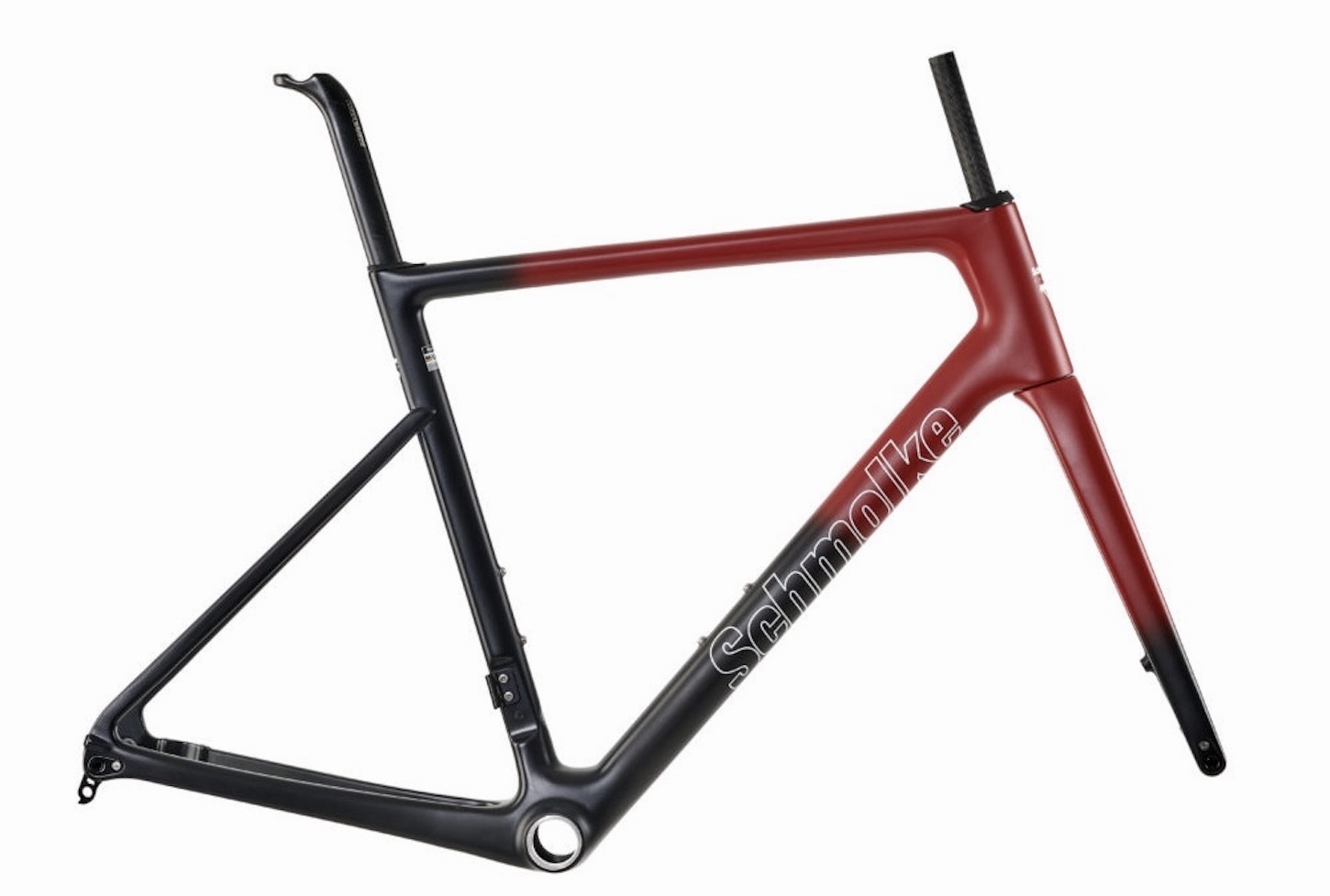 Renown for its exclusive carbon fiber cockpit pieces, Schmolke was entered the road bike segment with its latest Aerrow frameset.

The boutique German brand has been a trailblazer in composites, unveiling its first components as far back as 1992, a time when the magical cloth called carbon fiber was still in its infancy.

Since then, Schmolke has treated enthusiasts to bespoke products ranging from handlebars and stems, to wheelsets, seatposts and saddles, boasting handmade craftsmanship in the Fatherland.

However, the Aerrow breaks tradition, as the frameset is made in Taiwan, capitalizing on the Far East’s ability to manufacture carbon frames en masse with high precision at considerably less cost.

Tipping the scales at 1000 grams for a size 54, the Aerrow won’t win any plaudits from the weight weenies faction. Still, it’s a reasonable metric for a frame that’s designed to climb with the same amount of aplomb as it is cheating the wind.

Schmolke also offers complete bikes, with an entry-level model that’s fitted with a SRAM Force AX groupset for €7.459,00, up to a range-topping Shimano Dura-Ace Di2 equipped variant that fetches €11.460,00 to €12.415,00, depending on the wheelset.

For those who prefer the road less-traveled, Schmolke also offers its Infinity gravel bike, which you can learn more about here.