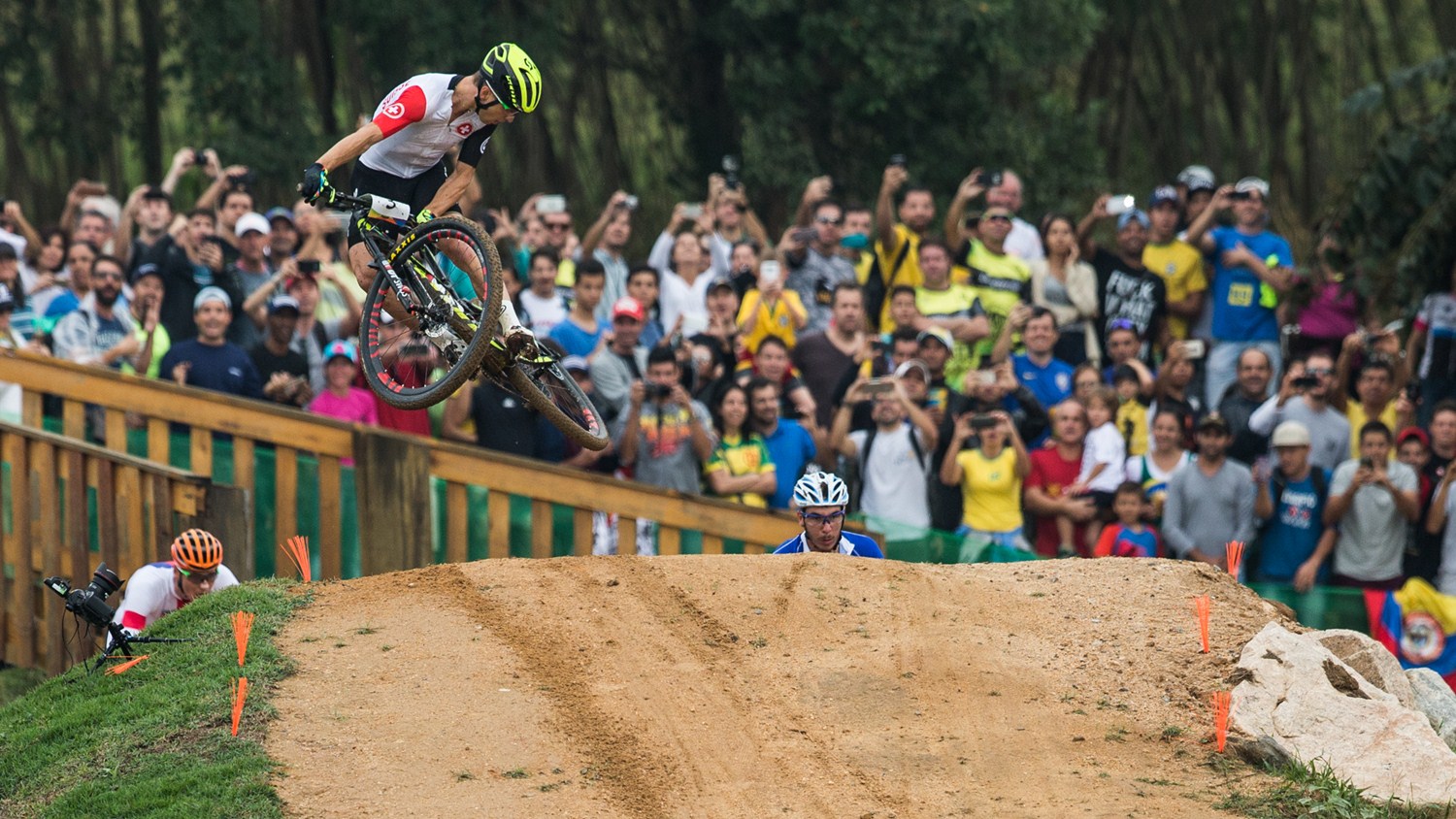 Two new Olympic champions were added to the record books in the Cross-country Olympic (XCO) women’s and men’s competition in Rio de Janeiro, Brazil, on the final weekend of the Games. Jenny Rissveds of Sweden took the women’s title and Nino Schurter of Switzerland, the men’s. Six different nations won medals, testifying to the depth of the fields competing.

The races were held on the stunning track built at the Deodoro X-Park, where BMX and Canoe Slalom were also held. The Rio track suffered a scare early in the week, when a brush fire started nearby, but luckily it was brought under control and the track was not impacted in any way.

The man-made circuit incorporated many of the design features that made the London 2012 course both spectator and television-friendly, and includes one longer climb plus a series short, steep power climbs. Multiple rock gardens and drops will kept riders on their toes.

Rissveds was part of the early lead group in the women’s race on Saturday, along with Maja Wloszczowska of Poland. The Swedish rider, who also won the first World Cup of her career this season, attacked on the last lap to solo in for the gold medal ahead of Wloszczowska. Catharine Pendrel of Canada fought back from an early crash to take bronze.

In the men’s race, it came down to a battle between the same two riders who fought for gold four years ago in London. That time, it was Jaroslav Kulhavy of the Czech Republic who became Olympic champion, however, this time he had to settle for silver behind Schurter, who added gold to his collection of Olympic medals. Schurter now has a complete set, after winning silver in London and bronze in Beijing, in 2008.