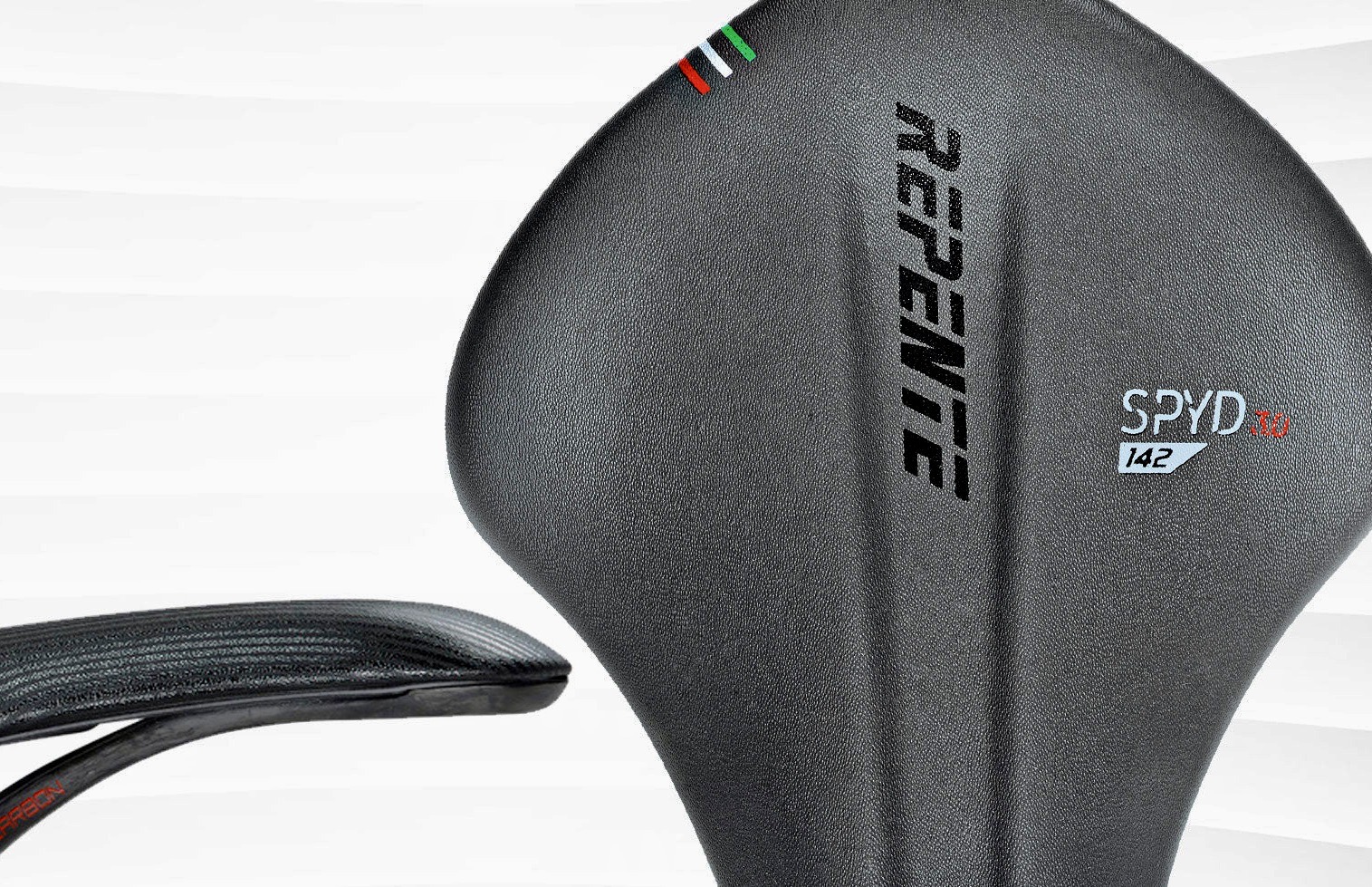 27 Jan 2023
By Campionissimo - In LATEST ARTICLES, THE DOUBLE DIAMOND

Having battled everything from pressure points, to saddle sores, to the dreaded “chafe” over the years, I can’t think of a rider who has obsessed more over his choice of saddle than me. For that reason, I’ve strayed little-far from a couple of different perches throughout the years.

So, when Selle Repente approached me last year to review its SPYD 2.0, I was a little apprehensive. But, as it turned out, the saddle proved to be exceptionally comfortable, which you can read more about here.

Since then, Repente has come out with a revised version called the SPYD 3.0, boasting more padding and a wider anatomical channel over its predecessor, along with the Italian brand’s carbon fiber re-reinforced LCF technology, ultralight EVA padding and a water-based microfiber, anti-slip cover. Moreover, like all of its saddles, the cover can be replaced in case of damage thanks to Repente’s RLS system.

For readers who are unfamiliar with Repente’s RLS system, it allows for the interchangeability of the saddle’s cover via three holes at the base that hold it in place with circlips, while the company’s intricate Autoclave Resistance Enhancement (ARE), Multi-Section Carbon Rail (MSR) and Long Carbon Fiber (LCF) fabrication processes collectively eliminate deformation during riding and give each saddle a desire “ride” characteristic thanks to the specific modulus of carbon that’s used.

As mentioned, in addition to having more padding and a wider anatomic channel this time around, the SPYD 3.0 also has a slightly flatter profile; namely, a tail section that has less of a rise, resulting in a more even surface. The saddle also has sipes along the nose, a feature that’s designed to reduce slippage and keep the rider properly positioned at all times.

So, how does its new shape and the carrying-over of Repente’s technology make the SPYD 3.0 perform?

There’s a saying, Don’t let Perfection be the Enemy of Good, so given that the SPYD 2.0 was such an excellent saddle, I was a little concerned that the properties which made it so good may have been lost in the pursuit of trying to make it better. Not the case!

Indeed, everything that I liked about the SPYD 2.0 was amplified by the SPYD 3.0, courtesy of a more uniform shape and slightly more padding.

However, I hasten say, that more padding doesn’t always equate into better comfort. In fact, my experience in the past with regard to a saddle with too much cushioning, is that a battle often occurred between the padding in my bibshort and that of the saddle, resulting in extreme friction between the two materials. Fortunately, this was not the case with the new SPYD. Rather, the padding afforded an ideal balance between cushioning, density and support, providing a consistent level of comfort across all riding conditions, even during the most grueling of distances.

As mentioned in my previous review, there’s a myriad of saddle brands in the market, many of which have proven to be merely exercises in marketing or industrial design, whereas there’s clearly a lot of science behind Repente’s technology, in the end paying high dividends in terms of comfort, performance and durability.

At 179€, the SPYD 3.0 makes for an excellent value. Moreover, tipping the scales at an impressive 165 grams, it’s sure to win plaudits from enthusiasts who are looking for a lightweight, stylish saddle.

For me, the only downside to the SPYD 3.0, is not having enough of them for all of my bikes.