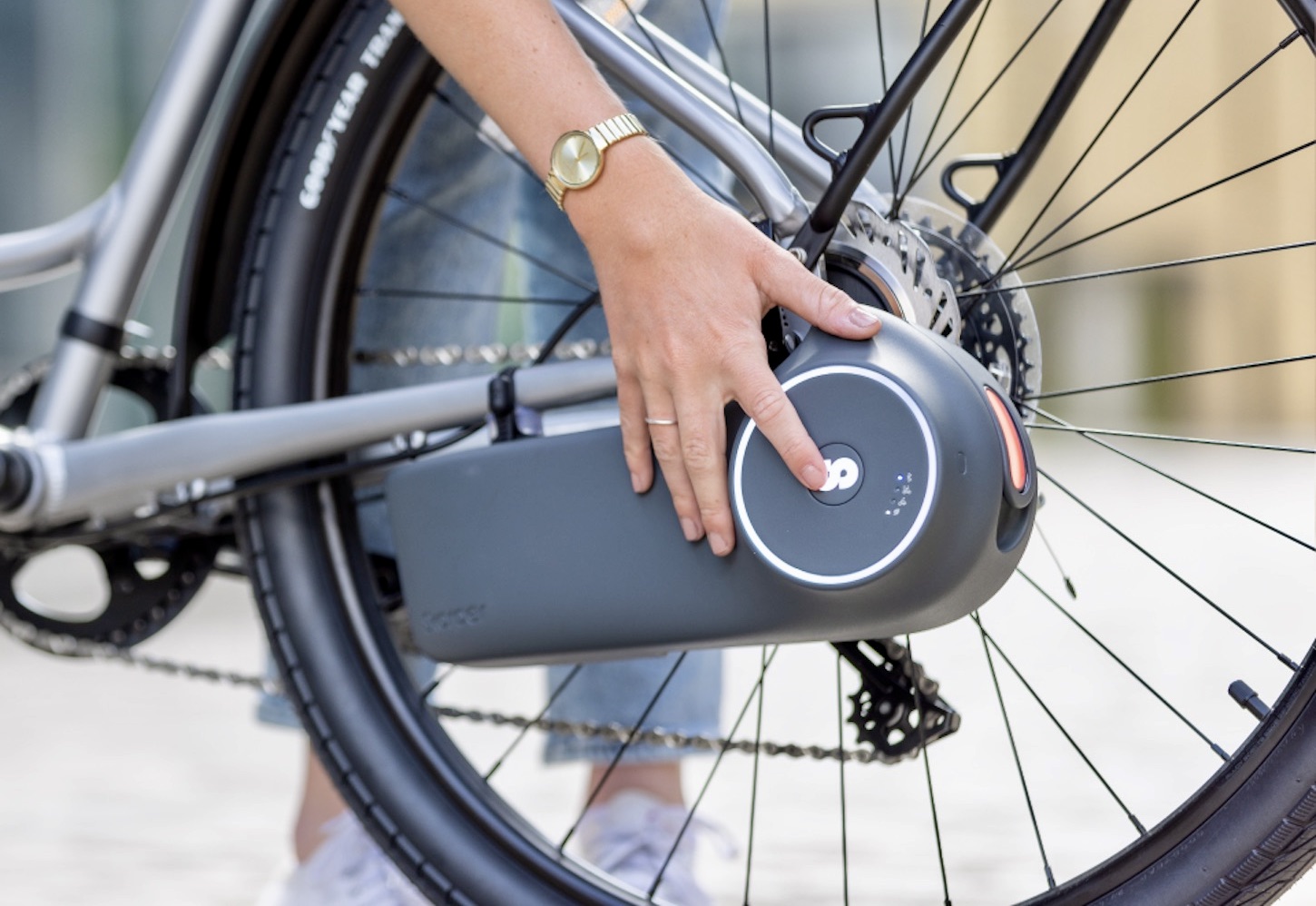 The British start-up, Skarper, has introduced a new eBike conversion kit that uses a specially designed disc brake rotor, which can provide pedal-assistance to any disc brake equipped bike.

Unlike most retrofit eBike kits that utilize a hub-drive system, the Skarper is a one-piece unit that simply clips into specially designed tabs along the bike’s non-driveside chainstay, delivering rotational power to the rear disc brake rotor.

According to Skarper, the unit’s integrated lithium ion batteries can fully charge in under 2.5 hours, which can provide upwards of 40 miles (60 kilometers) of travel and as much as 50Nm of torque thanks to a series of sensors and control algorithms that intelligently monitor the rider’s output and changes in the terrain.

Skarper says it has a team of more than a dozen engineers and designers working out of its London base that are headed-up by Dr. Alastair Darwood.

Darwood already has plenty of innovations under his belt associated with his medical training, which include the development of intricate orthopedic and anesthetic medical devices.

Supporting Darwood’s innovative electric bike conversion kit is a group of cyclists who have all backed the company privately, most notably, six-time Olympic and 11-time world champion Chris Hoy, who has also been heavily involved in the testing and development of the system.

“I’ve always been an advocate of getting more people on bikes, regardless of their fitness, ability or age, and I’ve discovered that ebikes can play a huge role in making cycling more accessible to anyone,” says Hoy.

“It opens up opportunities – whether it’s making a commute possible which would otherwise have been too difficult, keeping pace with a fitter friend for a challenging bike ride, returning to riding after an injury or illness, or just going further on your rides and seeing more for the same effort,” he adds.

The product will be shown to the public for the first time at the National Cycling Show in the UK on June 18.

Skarper hopes to bring its new system into full-production by 2023, with a targeted price of around £1,000.