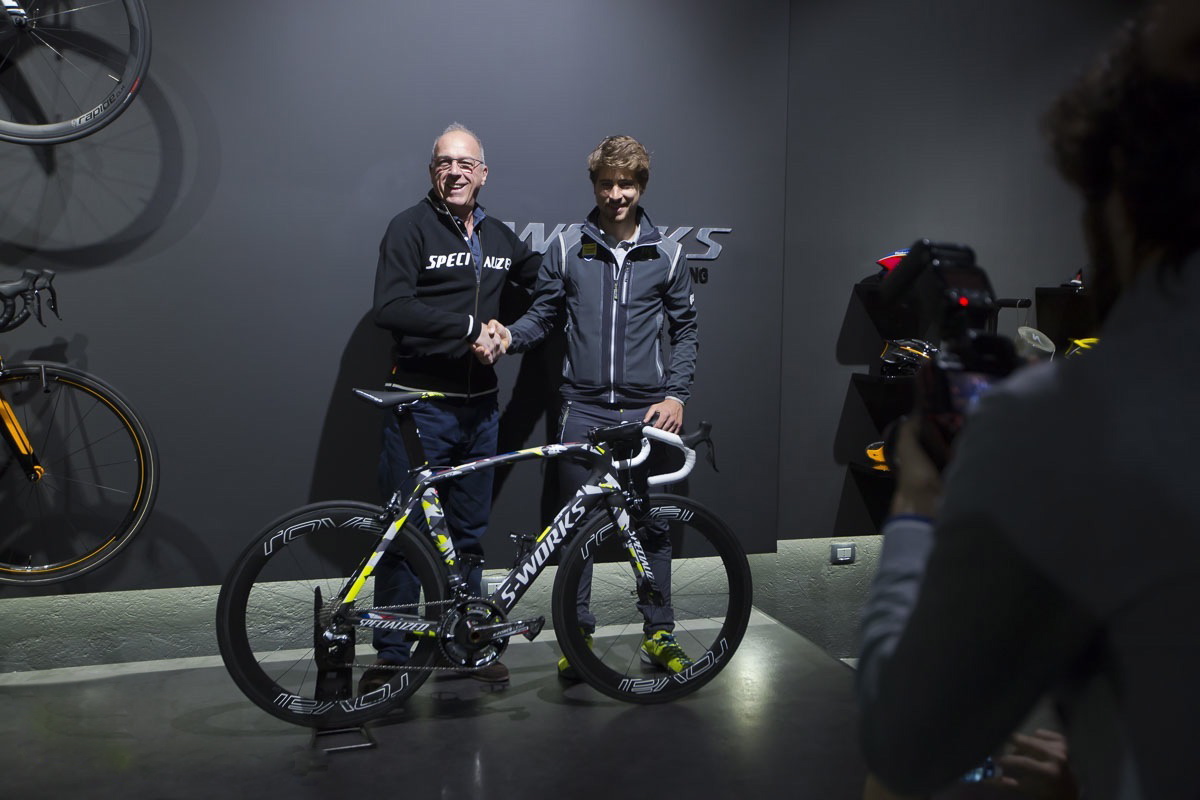 Although the reports are unconfirmed, but the buzz around the industry is that Specialized is preparing to launch a limited edition Peter Sagan “camouflage” Venge, similar to the one presented to the Tinkoff-Saxo rider earlier this season – as evidence by this blurb from Specialized.

“In honor of one of the most exciting riders in the professional peloton, Peter Sagan, Specialized has created the limited production S-Works Sagan Camo Venge. At any race Peter shows up to he’s always considered a “marked man”, with that in mind the design theme features a stunning fractal camouflage motif that incorporates both the colors of the Tinkoff-Saxo team as well as elements of the Slovakian flag – Sagan’s home country. In addition to the eye-catching design, the S-Works Sagan Camo Venge has all the windcheating, aerodynamics and sprinting stiffness you’d expect from a Venge. It’s the same bike Peter will use to tackle the biggest Classics of the year.”