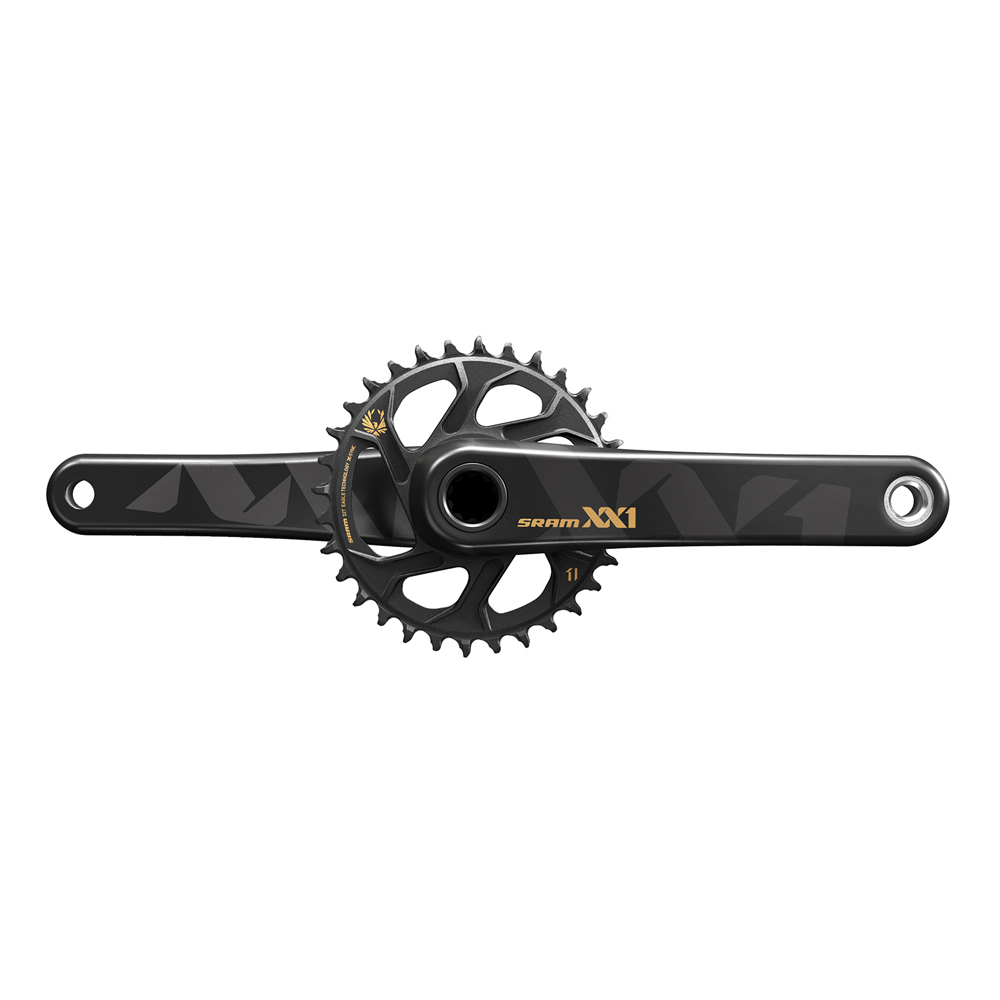 25 Mar 2016
By Gianni Pericolo - In LATEST ARTICLES, THE DOUBLE DIAMOND

While we’re mostly inveterate roadies here, when innovation strikes, we feel compelled to report on it – even if it takes us from the safety of the tarmac and onto the unbeaten path.

SRAM has announced the introduction of a new groupset, that not only up’s the ante in terms of adding another gear, but it also throws out the notion of having a front derailleur as well.

No secrets are betrayed when saying, that SRAM has been leading the way for 1X drivetrains to dominate the off-road/cyclocross segment.

However, the new Eagle groupset brings the total number of gears up to 12 now, sans a front derailleur, which SRAM says makes shifting both smoother and more accurate by virtue of fewer ancillary parts.

Furthermore, the company says, its succeeded in creating a better interface between the chain and chainring by way of taller, square teeth edges, that serve to better engage the chain earlier, as compared to traditional tooth profiles. And, perhaps most importantly in the eyes of the weight weenies crowd, SRAM says, “Eagle has a significant weight advantage over other drivetrains—XX1 Eagle weighs up to 300g less than 2x drivetrains with a similar gear range.”

While Eagle is clearly focused on the off-road market, we can’t help but wonder what implications it might have for road cycling?

Perhaps, by mingling either a 50 or 52-tooth chainring, along with SRAM’s wide ranging of 30 to 38 cassettes, it might yield a greater range of gearing, while also reducing the number of jumps between gears, in the mind of some road cyclists. Think gravel grinders.

However, that’s all based on supposition. Just exactly how a 12-speed cassette could interface with current 11-speed free-hub bodies, in order to  produce accurate spacing and a proper chainline, remains unknown.

But, rest assured, once the math settles, some dedicated enthusiast will find out.

We built the incredible new XX1 Eagle™ drivetrain to work quietly, intuitively, precisely and perfectly. Whether you’re an hour and twelve minutes into a World Cup XC or, just about to hit the top of Pearl Pass—XX1 Eagle™ is ready for that and every place in between. This cross-country-optimized drivetrain combines our newest generation of SRAM 1x™ drivetrain technological advancements with lightweight materials. With a greater gear range of 500-percent, XX1 Eagle™ gives you smoother, more precise shifts with greater durability for long lasting performance so you can spend more time in the gear you want. XX1 Eagle™ just rewrote the rules of freedom.

The X01 Eagle™ drivetrain signals an exciting new era of freedom and the next level of uncompromising performance for enduro racers and aggressive trail riders. Watching the world’s best racers use our parts to battle against nature, physics and time itself, has inspired us to supply them with the most advanced tools we can develop. X01 Eagle™ takes everything you love about our pioneering 1x drivetrains and increases its wear life, toughness, precision, smooth and silent operation. Add to that the 10- to 50-tooth, 12-speed, Eagle™ cassette, and you have a range of gears that gives you the freedom to enjoy the benefit of 1x in any terrain, any location and at any speed. X01 Eagle™ is drivetrain freedom—how you exploit it is up to you.