Strade Bianche Canceled Due to the Threat of the Coronavirus 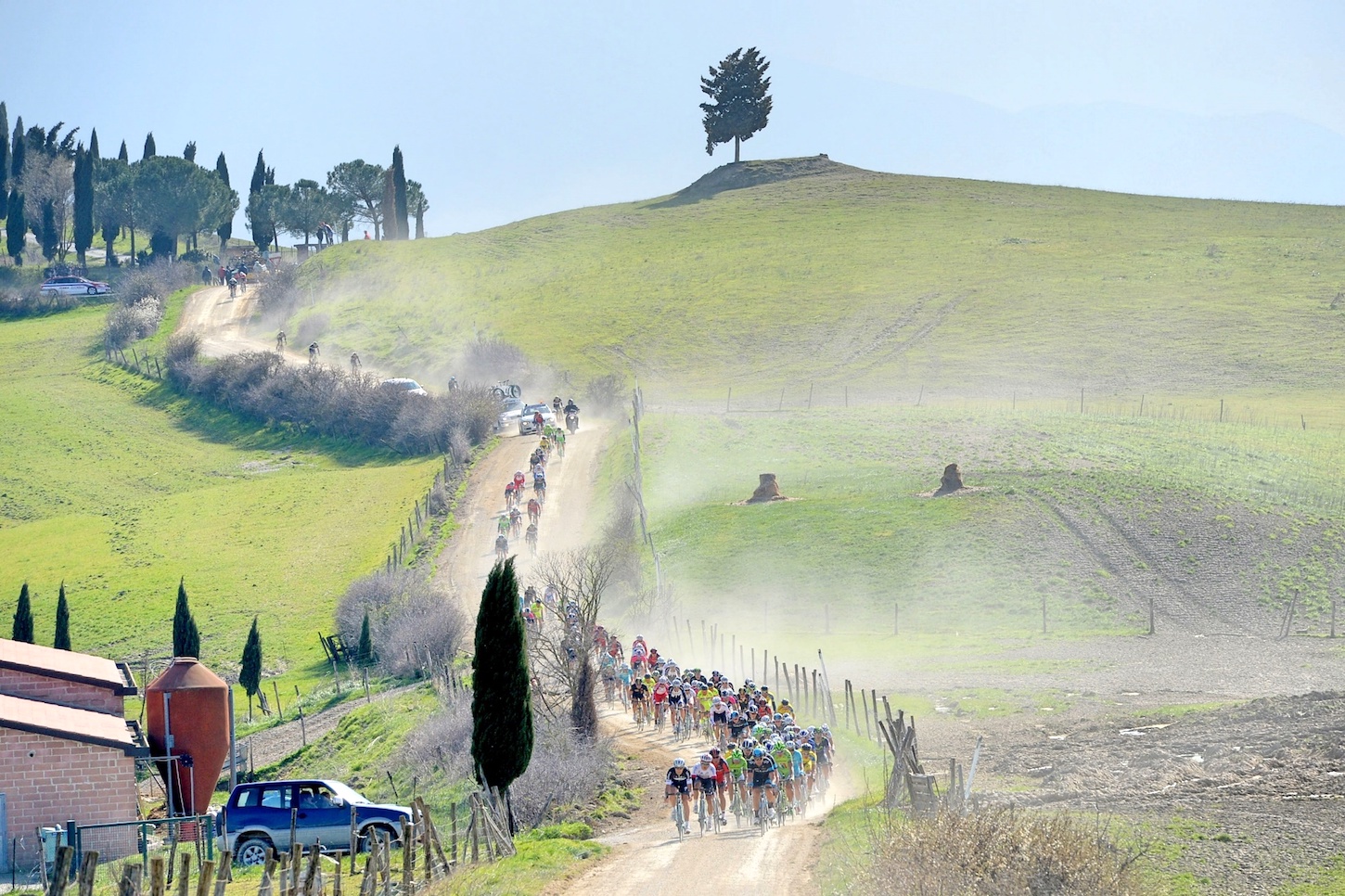 The cycling season was plunged into further disarray today, after the men’s and women’s Strade Bianche races in Italy were canceled due to threat of the Coronavirus.

The races were to be held on Saturday, but following a meeting in the Tuscan city of Siena between the city’s prefect and mayor the decision was made to cancel the events the race organizer RCS Sport said in a statement.

“RCS Sport will request the UCI, via the Italian Cycling Federation, to allocate a new date on the international cycling calendar,” the statement added.

In recent days, teams had begun withdrawing from the Strade Bianche and other races this month in Italy and France because of the COVID-19 infection which has affected more than 3,000 people and killed more than 100.

The Ineos team of Tour de France champion Egan Bernal withdrew from all races over the next three weeks, and Astana and AG2R La Mondiale followed today as well.

Also, Australian outfit Mitchelton-Scott and U.S. team EF Pro decided to withdraw from racing until March 22, and Dutch team Jumbo-Visma announced it would skip Strade Bianche even before the decision was made.

In a sport involving constant traveling across the world with cyclists very close to spectators on open roads, race organizers have also had to take in the concerns of health authorities.

Doctors from 11 cycling teams have written to race organizers ASO and RCS Sport, and the UCI, requesting the cancellation of upcoming races in Italy and France.

ASO, which also owns the Tour de France, said on Thursday it still planned to go ahead with Paris-Nice starting on Sunday.

The Astana team managed by Alexandre Vinokourov withdrew from races until March 20.

“With this measurement, we have chosen to protect the health of our riders and staff and to take our responsibility for the society in not further spreading the virus,” Vinokourov said.

The French-based AG2R La Mondiale said it was withdrawing from Italian races the Tirreno-Adriatico and Milan-San Remo this month.

“I cannot risk the health and integrity of our staff when the health situation is so unstable in Italy, and many legitimate questions have been raised within the team,” general manager Vincent Lavenu said.

Team Ineos earlier said it notified cycling governing body UCI it was pulling out of all races until the Volta a Catalunya on March 23.

Ineos, the team of former Tour de France winners Chris Froome and Geraint Thomas, said it made the decision in the wake of sports director Nicolas Portal’s death this week, and because of the “very uncertain situation with coronavirus.”

Portal, a former rider who turned into a team official and helped guide four-time Tour champion Froome and Bernal to victory at the race, died suddenly at his home in Andorra on Tuesday.

Ineos riders were scheduled to compete at six races before March 23, including the Strade Bianche, the week-long Paris-Nice, and the famed one-day classic Milan-San Remo. Bernal was set to defend his Paris-Nice title.

“We are taking this decision to put a temporary pause on racing today because of this unique set of circumstances we are facing,” Ineos manager Dave Brailsford said. “It is right for the team given what has happened but I also believe it is in the best interests of both cycling and the wider public.”

On Wednesday, the Ministry of Health in the United Arab Emirates announced that six more people with links to the UAE Tour that was cut short last week have been infected with the virus that started in China and has spread to 70 countries. They were all linked to two previous cases involving Italians, the ministry said.

The last two stages of the UAE Tour were canceled on Feb. 28 after two virus cases among team staff members.

Ineos said it has a duty to preserve the health of its staff and riders “in what is a very fast moving and challenging situation. We have taken the best medical advice and recognize that these are exceptional times for everyone — beyond just cycling.”

The UCI has so far stopped short of canceling this month’s planned events, leaving authorities in the concerned countries with the decision.

“The organizers and all members of the cycling family will be obliged to comply to any such decision,” the UCI said this week.