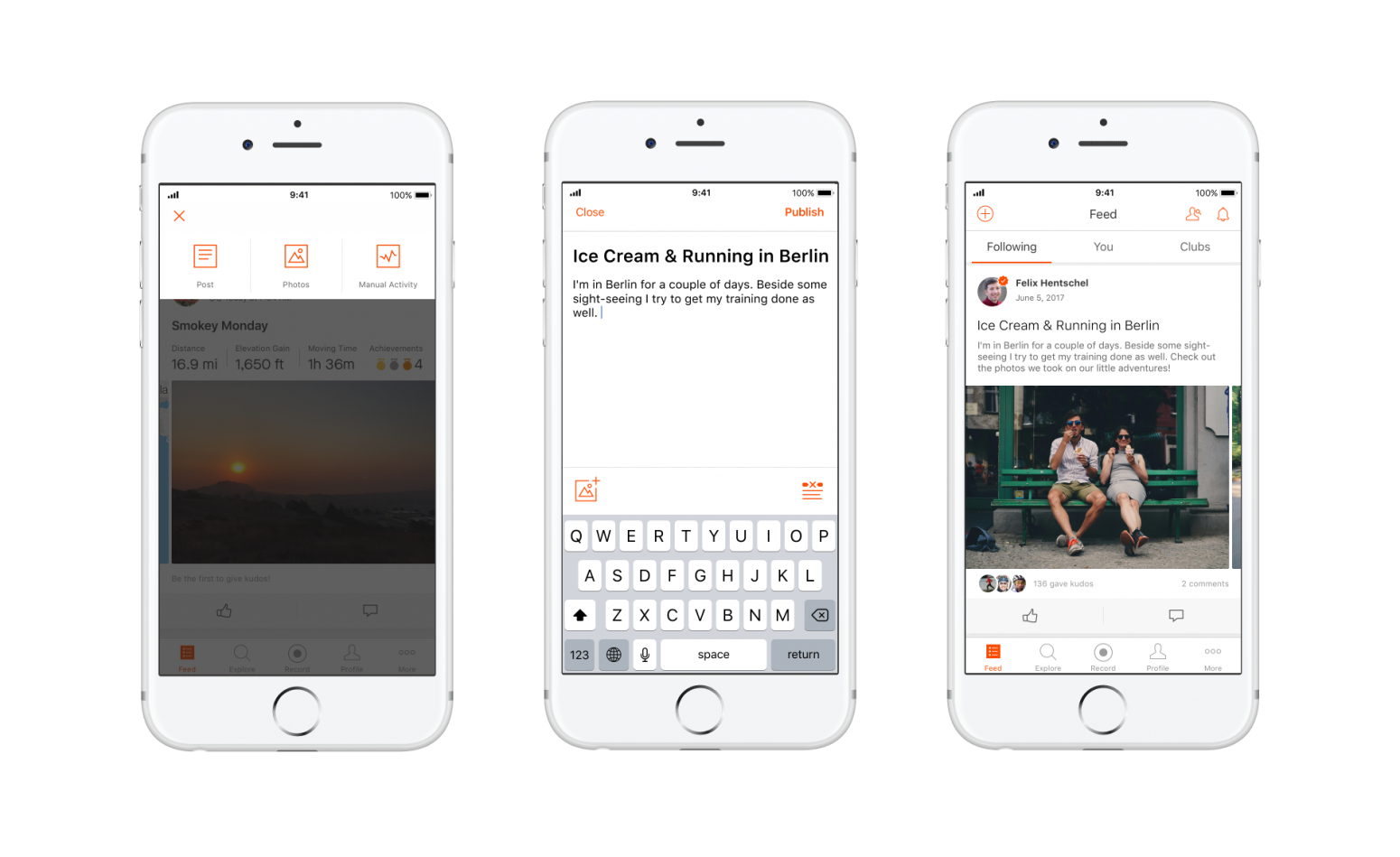 17 Oct 2017
By Gianni Pericolo - In LATEST ARTICLES, THE DOUBLE DIAMOND

The Strava cycling app just got more social with the addition of its new Posts feature today, allowing users yet another opportunity to share their progress, routines and everyday activities with other users.

The Posts feature was initially announced back in May, but since that time, Strava has put it through an extensive period of testing before officially launching it today.

According to Strava, Posts can encompass virtually any type of content, to include images, stories, questions and tips, which users can share with the company’s claimed “tens of millions” of subscribers.

“We don’t want people to misconstrue it as saying we’re trying to become Facebook,” Quarles said. “Sports have been inherently social since way before social networks happened. Its camaraderie, encouragement, and all that happens offline. Were trying to digitize it. We found that when Strava was just activities, people were asking questions in the comments and sharing links and things. That’s a horrible way to have that community content organized. We gave people the ability to make a post, share a photo, or embed information when they’re not active.”

Rather Quarles says, Posts are the evolution of what people are already doing on Strava. However, users now have their own “portal”, which they can post anything about their workout they desire, for instance gear reviews, recipes and question and answers related to training and coaching.

“Posts are designed to span the gamut of what kind of content ends up on Strava.” “Because of Strava’s nice niche in the athletic space, it isn’t necessarily competing with the same networks that athletes have fled to for their content — just giving them the ability to put that content where they originally wanted it”, adds Quarles.

Alongside the new Posts feature, Strava has also introduced a newly updated feed that makes it easier for users to see what’s going on in the athletic world and discover new challenges posted by other users, clubs and groups, wherein the feed prominently highlights photos and displays activities that feature all of the users involved.

The Posts feature is now available to the entire Strava community, while the new feed will become available later this week.