Study Suggests Helmet Use is Down in Some Bike-Share Programs 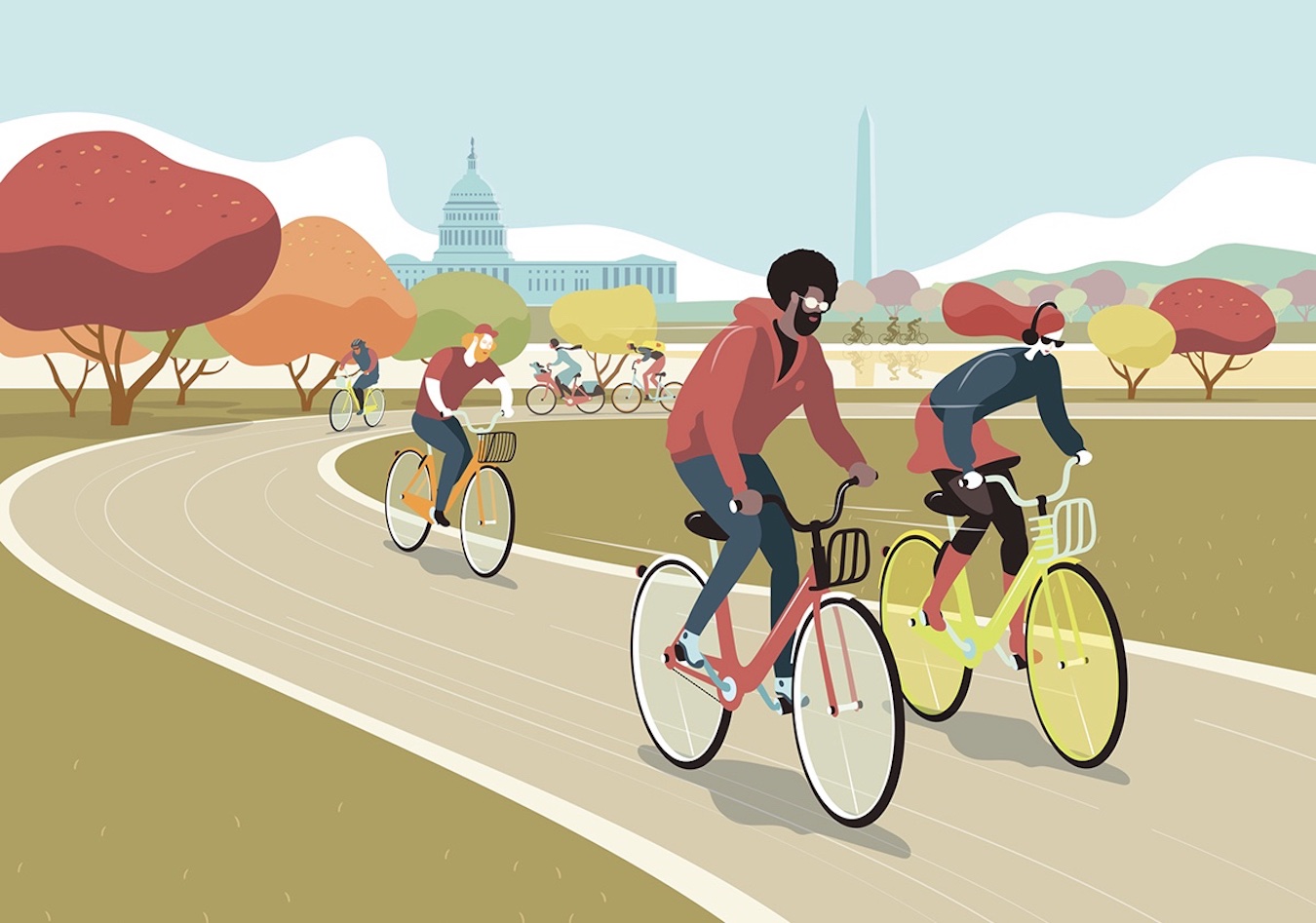 A recent study conducted by the University of Washington showed that bike-share users aren’t wearing helmets as often as they should.

According to the study, only about 20% of bike-share users in Seattle wear a helmet, as compared to 90% of cyclists that do when riding their own bike.

The study suggests that bike-share users may be adopting a more casual approach to cycling that doesn’t include wearing a helmet.

“What we’re concerned about is: What are the implications of casual riders not wearing helmets?”, said Stephen J. Mooney, an epidemiologist at the University of Washington’s  School of Public Health. “What’s the risk for them and for other people?”

Researchers counted the number of cyclists – noting helmet use – at four strategic locations around Seattle, wherein they discovered that only one in five people using the bike-share wore a helmet.

“So far, researchers haven’t seen an increase in head injuries among free-floating bike share riders, but they’re watching. It’s important to observe and better understand rider behavior in addition to looking at crash data, Mooney said. “The ways people ride dockless bikes, and where they ride them, and how they fall from them when they crash may lead to a very different risk profile than that of private bike riders. Still, an overwhelming amount of research shows that wearing a helmet helps to prevent serious head injury in a bike crash.”

The researchers also observed fewer cyclists wearing helmets — both on private bikes and on bike-share rentals — in areas where there were an abundance of bike shares.

The research finding may be an indication that the adoption of dockless bike-share programs may support more casual use, different from commuting or training, in which helmet use is less part of the culture.

“That’s troubling, but not yet cause to take action”, Mooney said.

“There’s a lot of nuance in bike safety — we know that helmets protect heads, but we also know that places where more riders cluster usually have lower risk per rider. Obviously, we’d love to see more riders with helmets. But we recognize that not everyone wants to lug a helmet around just in case they decide to ride casually later in the day. So we’re monitoring both ridership and injuries,” he said.

Other studies have found similarly low statistics of bike helmet use in other bike-share systems, with about 15% helmet use in New York City and about 39% in Boston compared with Seattle’s estimated 20% use of helmets. However, Vancouver’s system, Mobi, provides helmets and boosts usage there as much as three times more than Seattle, at 64%.

In a separate study, published recently in the Journal of Transport Geography, Mooney again looked at bike-share programs. This time the research team wanted to see if the benefits of bike-share – such as improved health and reduced travel times – were available to all neighborhoods regardless of economic status, race and ethnicity.

“Dockless bikes went everywhere. Pretty much everyone has some access,” Mooney said.

Prior studies showed that docked bike share systems, which are geographically constrained by station locations, tended to favor advantaged neighborhoods, however, the study found that there were not stark differences in availability of the dockless systems.

Researchers used the aggregate data collected from all the dockless bike-share users in Seattle and combined that with neighborhood based census data. While the distribution of bike-shares was broad, they reported, there was a higher concentration of the rentals in more affluent areas of the city.

“If you look a little bit deeper, there is some inequity in where the bikes go,” Mooney said. “But bikes were usually available throughout the city.”