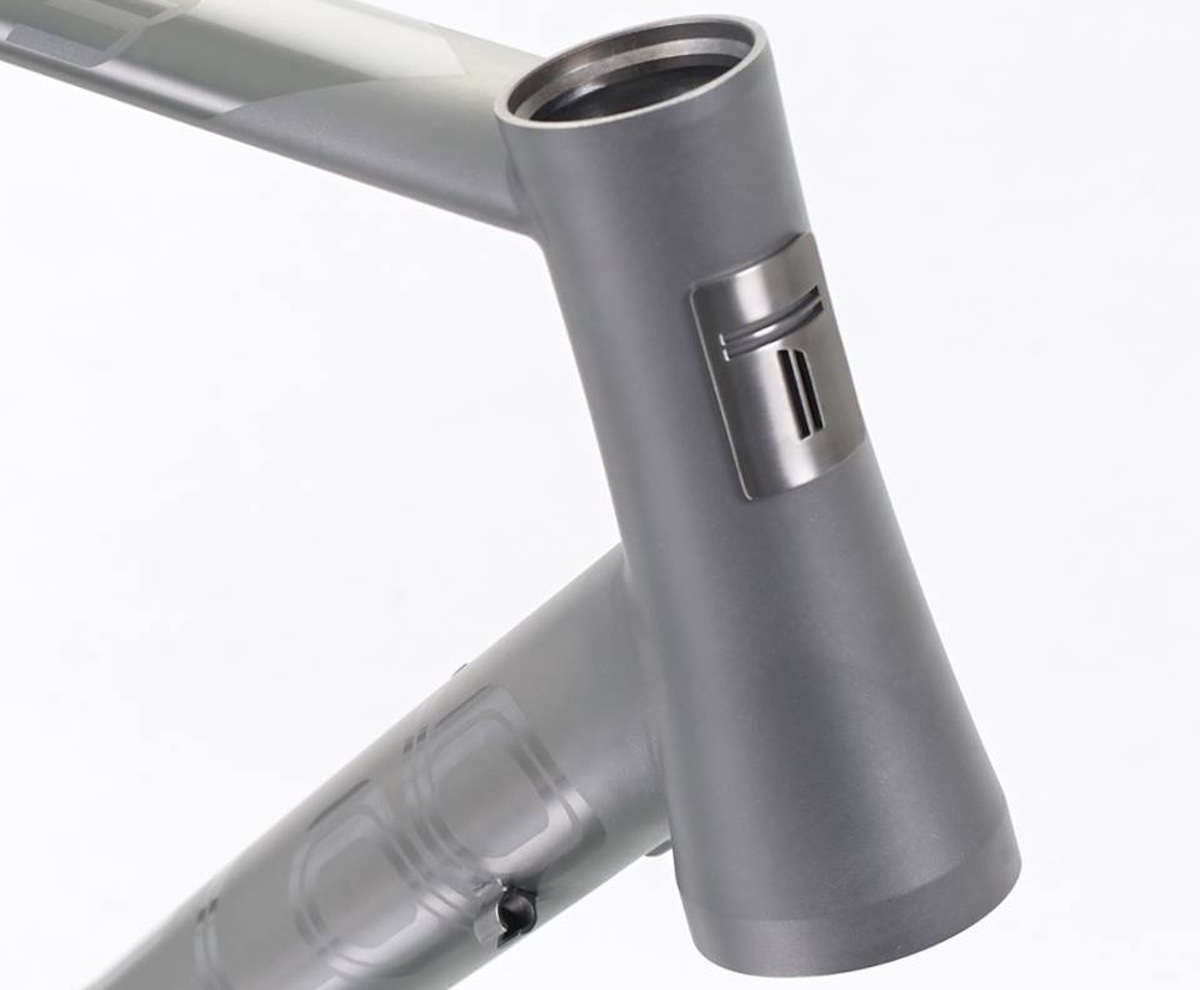 Titanium as a viable frame building material has very much been a reality since the late 1980s. There have been slight variations on bonding methods (titanium and carbon lugging combinations), usage of differing alloys (3Al 2.5V and 6AL 4V) and ever so slight improvements on profiles. What we haven’t seen until recently is a reinterpretation of tube shapes and diameters specifically formed to spec (or in T-Lab’s case cold worked) with the goal of strengthening key areas of frame subjected to high stress.

In a similar fashion to what we saw framebuilders doing with steel in the early 1990s, T-Lab is improving upon with titanium as they optimize strength via ovalization and tubing tapers where they are most beneficial.

Despite the fact that carbon fiber continues to be the dominant material in the bike industry with respect to stiffness-to-weight ratios, the design of T-Lab’s new titanium frames effectively rival carbon, while offering the ride and comfort characteristics that enthusiasts have always cherished about steel.

“One is essentially left with is a frame that has the liveliness and lateral/torsional strength of a well designed carbon frame coupled with the forgiving feel of a properly butted, hand built, high end steel frame”, said T-Lab’s Rob Rossi at this month’s North American Handmade Bicycle Show (NAHBS) in Sacramento, California.

Upon further speaking with Rossi, who’s also the cofounder of the brand’s parent company, Visceral Performance, I quickly learned that the Montreal-based company was the reincarnation of the former GURU Cycles, which became renown for their extensive range of beautifully made steel, aluminum, titanium and carbon frames, along with a series of sophisticated “fit” bikes that became the central tool for many leading fit studios across the world.

Describing the fabrication process for T-Lab’s frames, Rossi explained how each seamless-grade 9, 3-2.5 titanium tube is cold-worked into their respective shapes thanks to a new forming technology they developed. In the end, he said they were able to achieve an increase in stiffness by 30% without any weight penalty, while just as importantly, were able to optimize the profile of each tube in order to achieve a desired ride characteristic.

Additionally, Rossi was keen to point out T-Lab’s proprietary, one-piece, T-ONE dropout system, which in his words not only offers “improved stiffness, perfect alignment and more precise shifting than previous designs”, but was also developed with “adaptability” in mind.

Given the ever-changing industry standards as it relates to shifting, braking and wheel and tire fitment, Rossi explained how the T-One dropout system is designed in such a way that it can easily be converted from quick release to 142mm thru-axles, as well as being compatible with both disc and rim brake options, while frame clearance was boosted in order to accommodated tires up to 30mm wide

The full-carbon fork is also the result of a new proprietary design that was developed in partnership with a leading composites firm.

Equally impressive to T-Lab’s construction process, is the company’s in-house paint and graphics department, which allows customers to personalize their frame from an almost limitless choice of color and design options, including a cutting-edge bead-blasting technique that yields a finish that’s as elegant as it is industrial.

With an impressive pedigree under their belt (i.e. Guru Cycles), T-Lab is shortening the gap between engineering, frame design and artistic execution.

Utilizing a logical emphasis on serviceability and forward compatibility, the offerings shown at this month’s NAHBS were confidence inspiring in that they give buyers the option to run various wheel options (disc or caliper) and rear spacing/axle standards.

Being locked into a particular platform is a non-issue with T-Lab’s highly modular framesets as the user can switch and swap with relative ease in a world where industry standards often wed buyers into a long, often unwelcomed product marriage.

All of T-Lab’s frames are completely hand-made in-house, offering road and “all terrain” models for discerning lovers of titanium, as well as  carbon bike owners, who are looking to take a deeper dive into the precious metal.