CapoVelo.com
CapoVelo.com - - The Col de Turini Adds to the Excitement of this Year's Paris-Nice
70876
post-template-default,single,single-post,postid-70876,single-format-standard,no_animation 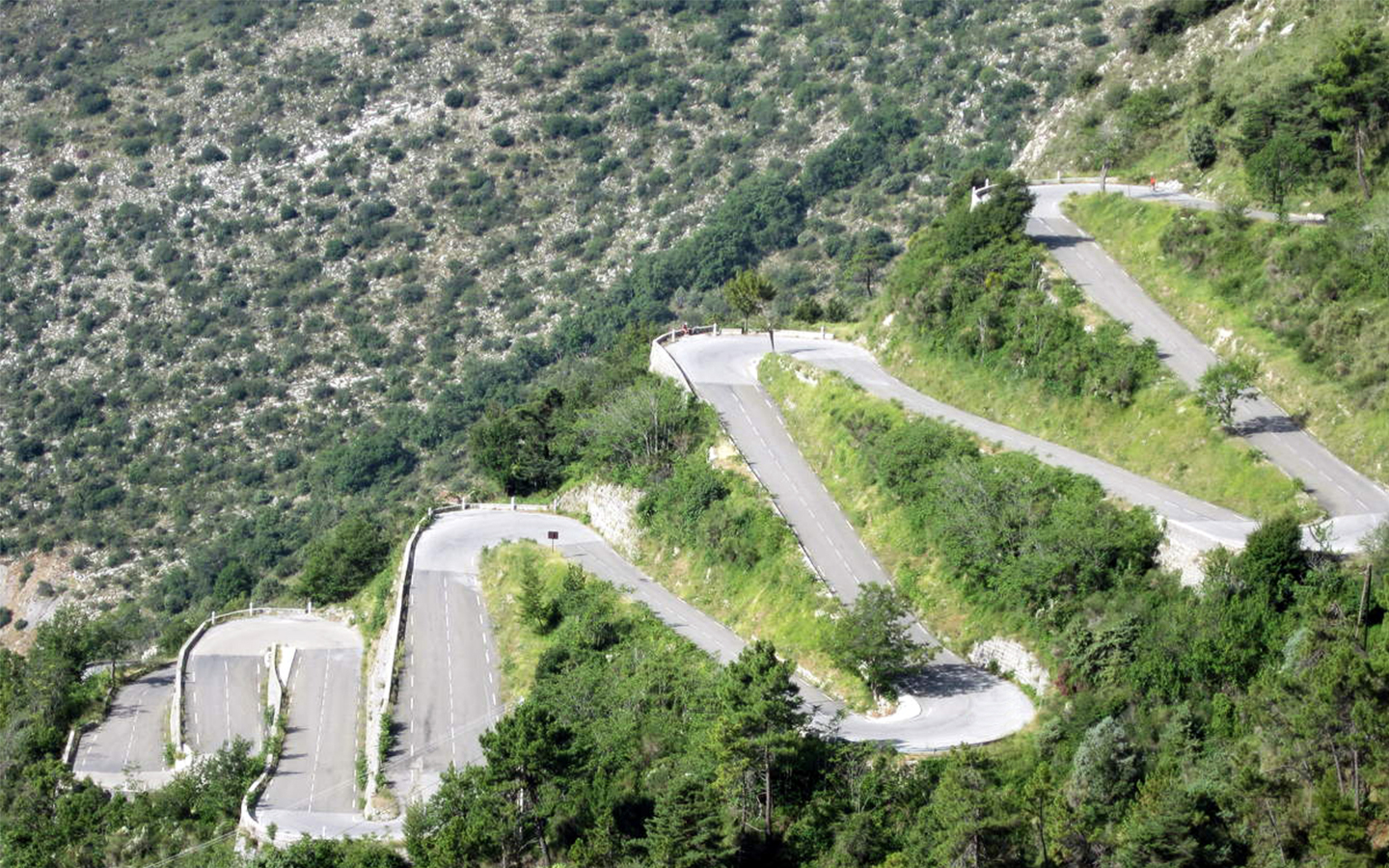 Nice, the capital city of the French province of the ‘Alpes Maritimes’ is most readily associated with the prestigious Côte d’Azur, also known as the French Riviera. So logically, the description ‘Maritime’ rings more bells with most people than ‘Alpine’.  However, “The Race to the Sun” – the nickname of the event established in 1933 – always finishes in this truly mountainous area of the Southern Alps (with the notable exception of the 1959 edition that proceeded to Rome). This year, all eyes are on the Col de Turini, a mighty mountain pass that hosts an unprecedented stage finish the day before Paris-Nice’s grand finale on the Promenade des Anglais.

The beautiful 1974 movie “Les Seins de Glace”, inspired by Richard Matheson’s 1953 novel “Someone is Bleeding”, was filmed on its slopes, but in sport, the Col de Turini is more closely associated with motor racing – and subsequently video games – than bike racing. Since the 1960s, it has been the fans’ favourite spot for watching the Monte Carlo Rally, thanks to the unique atmosphere around the sharp hairpins during the ‘Turini Nights’. Of course, Paris-Nice’s cyclists will ride it during the daytime and star driver Sébastien Loeb, himself a keen cyclist, admitted he “prefers climbing it in a car.”

The Col de Turini stage, scheduled for March 16, features 14.9km of climbing with an average gradient of 7.3% on the western slope of the pass through Lantosque. Stage seven’s elevation will be 1604 meters above sea level. “It’s a long and beautiful climb, never really easy, the last 5km is very regular and quite hard,” according to Richie Porte, one of the numerous Monaco-based pro cyclists who make the Turini their regular training route in summer once the snow has melted. “It’s pretty cool that Paris-Nice is gonna use it this year,” added the Australian from Trek-Segafredo. “I think they used it in the Tour de France three times and the last time was in 1973. It would be nice if more races could use the climbs of the Côte d’Azur. July down there is usually hot, and it’s cool to go up the Turini.”

The Tour de France first used the Col de Turini in 1948 on a stage from Sanremo to Cannes, with the great French rider Louison Bobet cresting it first and winning in the city famed for its movie festival. In 1950, the 96km Stage 16 from Menton to Nice featured the same climb and Bobet was once again among the front contenders, but this time second to the top behind his fellow Breton Jean Robic. Switzerland’s Ferdi Kubler won the that day’s stage. In 1973, the Spaniard Vicente Lopez-Carril soloed up the Turini and reached the Jean-Bouin stadium in Nice with an advantage of 8’50’’ over the Yellow Jersey group. That day, Stage 9, the eventual overall winner Luis Ocaña already led the race by more than nine minutes…

“The Col de Turini means that the queen stage of  this year’s Paris-Nice resembles a genuine mountain day of the Tour de France with a total of 4,600 meters of difference in altitude,” calculated the 2017 Tour de France Polka Dot Jersey winner, Warren Barguil, who took time to recce the route in early February. He was followed a few days later by Romain Bardet who is set to make a much-anticipated comeback at the French eight-day event.

Paris-Nice is historically a race that suits on-form versatile riders who have enough speed for short climbs and time trials as well as chasing time bonuses. This time around, pure climbers like Nairo Quintana and Richard Carapaz (both Movistar Team), Egan Bernal (Team Sky), Miguel Ángel López (Astana), Simon Yates and Esteban Chaves (both Mitchelton-Scott), Rigoberto Urán (EF Education First), Ilnur Zakarin (Katusha-Alpecin) and Fabio Aru (UAE Team Emirates) have signed up for “The Race to the Sun”… the Col de Turini is most certainly a contributing factor to their motivation.