The Devilish Task of Race Logistics – Then and Now 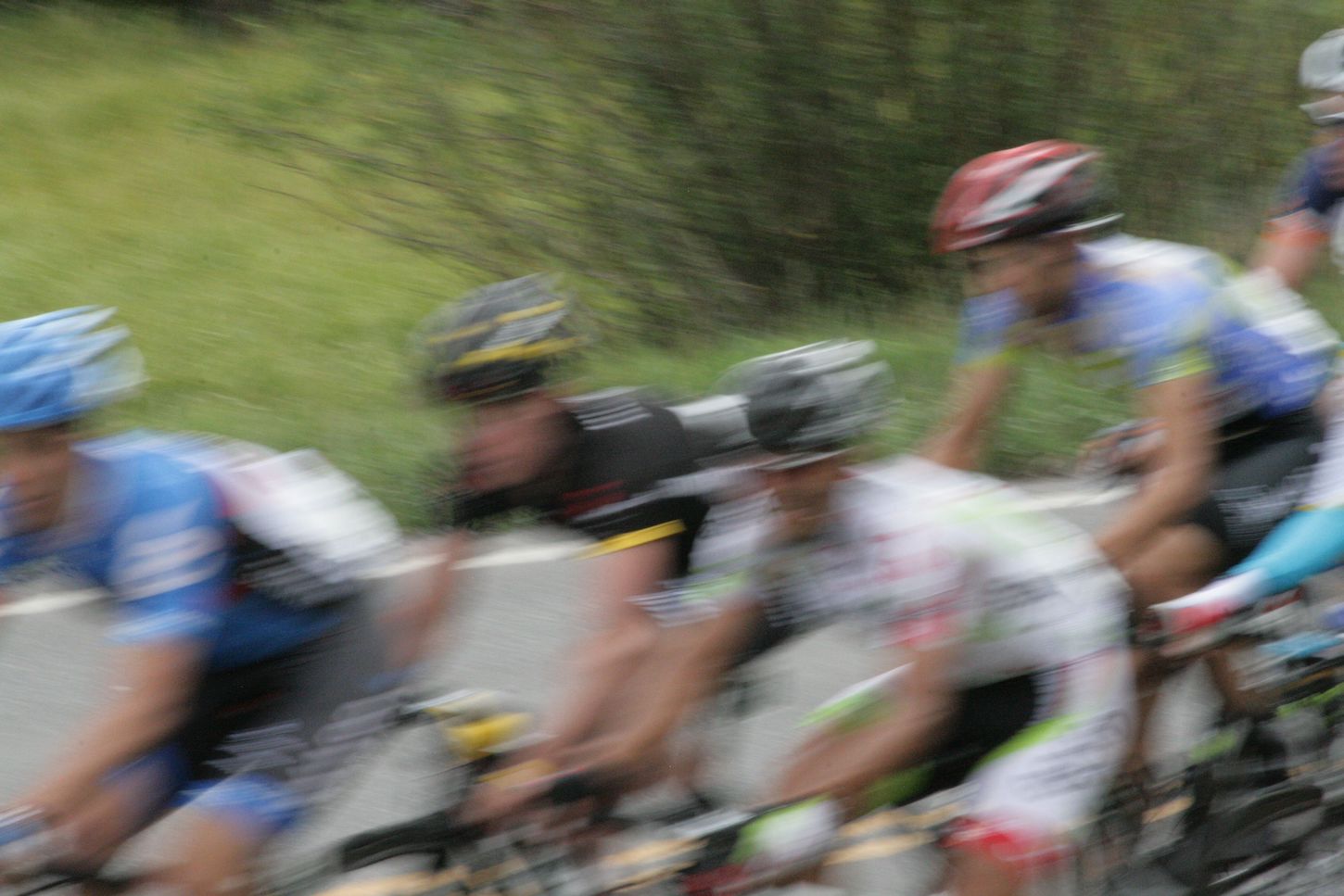 Professional road cycle racing is notoriously difficult and expensive to organize and stage on the open road. Over the past few years, extensive interviews with Mike Plant  (founder), Chris Aronholt and Jim Birrell (of Medalist Sports), Michele Acquarone (ex-RCS), and Michael Aisner (ex-Coors Classic) have highlighted the almost “ringmaster vs. the circus” nature of the managerial challenges to executing a top-flight bike race. There are so many examples of gaffes, some of them humorous and others dangerous, that it’s a small wonder riders and teams can still afford insurance, races can break even or make a profit, and that the sport has been able to survive. The risks are high, and in the current COVID-19 pandemic environment, the stakes are higher than ever before.

Some of the most enduring – and endearing – examples of races not quite following the script unfortunately came at the expense of the riders who almost won them. Most modern-era fans immediately think of Chris Froome’s mini-duathlon on Mont Ventoux in 2016, when the racing went completely off script. Images of Froome running uphill after abandoning his bike with a mechanical problem, combined with underwhelming crowd control measures, came to define that edition of the Tour de France, even though Froome continued on to win. Many other similar examples go further back in the sport’s history.

In 1985, a combination of circumstances in the Coors Classic’s 12th stage into Boulder, Colorado led to one of the most bizarre finishes in cycling history. Miscommunication between the race marshals and local law enforcement led to inadequate traffic control heading into the downtown finish and confused riders were literally weaving in and out of cars and spectators as they hit the finishing route. The first rider into Boulder and previous year’s winner, Doug “Bullet” Shapiro, was stopped well short of the intended finishing line. Shapiro did get the stage win in the books – sort of – but the backlash from fans and journalists marred an otherwise well-received edition of the race.

In 1988, Robert Millar was ideally positioned for victory on the Pyrenean mountain top finish at Guzet-Neige – his second Tour de France stage win on that climb in four years. But perhaps as a result of the tightly spaced finishing corners and a dense finish line crowd, a gendarme began signaling to the lead motorbikes and official vehicles too soon, directing Millar and Philippe Bouvatier off course – to the delight of rouleur Massimo Ghirotto, who took the win. The outcome might have been very different for Millar had the gendarme’s signal been more clear to the rapidly closing riders.

The Tour de Trump’s 1989 kickoff edition was a tightly fought race, as Panasonic and 7-Eleven fought all the way to the Atlantic City time trial finale. Eric Vanderaerden won four stages, and the short TT was ideal for him to overtake Dag-Otto Lauritzen for the overall win. But somehow the marshal’s motorbike led Vanderaerden off course, and this mistake assured Lauritzen’s victory – or so it seemed? After a furious closed door summit between Panasonic Director, Peter Post and race organizer Mike Plant, cooler heads prevailed, Lauritzen’s victory stood, and the race became a springboard for Medalist’s success. However, rumors of a big under-the-table payout to soothe Panasonic’s heartburn persist to the present day.

Plant and his core Medalist Sports team avoided such public controversies in staging the inaugural 1995 Tour of China. It appeared to be a polished success on television and in the international cycling press, but many segments of the race had to be improvised on the fly. Course marshals throwing themselves onto the hoods of oncoming cars trying to drive onto the course? Check. World Champion and top riders unloading bikes and race equipment from the cargo plane? Check. Scrap scavengers stealing all the advertisement signage the night before a stage? The Tour of China had it all. Many more of these amazing moments were captured by Medalist alumnus Steve Brunner in a three-part series.

But other gaffes are unfortunately more memorable because of collateral damage to riders or the racing outcome – or both. The 1994 Tour de France got off to a spectacularly bad start when a gendarme working crowd control along the finishing straight stepped out ever-so-slightly into the wave of sprinters to take a photograph. Star Belgian sprinter Wilfried Nelissen plowed into the officer at over 60 kilometers per hour and violently tumbled into a heap, taking out Laurent Jalabert and several other riders in the resulting melee. As a result, both of the green jersey contenders were out of the Tour on Day 1.

Indicative of continuing safety issues inherent in the sport, Taylor Phinney swerved to miss an errant course official’s motorcycle on a tricky descent at the 2014 national road championships, crashing into a guardrail – and the resulting extensive leg injuries arguably cut Phinney’s promising career short. And just a year later, Peter Stetina nearly saw his racing career end after striking a poorly marked parking barrier in the 2015 Tour of the Basque Country. And setting his other controversies aside, Marco Pantani’s untimely head-on crash when police mistakenly allowed a vehicle to enter the 1995 Milan-Torino course led to his year-long recovery from a horribly fractured tibia and fibula.

Stage 9 of the 2011 Tour de France is still more memorable for replays of a French media car plowing Juan Antonio Flecha and Johnny Hoogerland off the road and through a barbed wire fence, than it is for the rider who won it – Luis León Sánchez. Ironic that on Saturday in Stage 1 of this year’s already controversial Tour, Sánchez would find himself in the headlines but for a different reason. Slippery road conditions on a technical descent led to the riders “agreeing” on a go-slow strategy for their own safety. Sánchez’s Astana team apparently didn’t get the message clearly and went full gas instead. Sánchez and teammate Miguel Angel Lopez crashed, and many other contenders later went down at the 3km neutralization point. Riders had to take the situation into their own hands – to protect themselves from risks to which organizers and the governing body are slow to react to.

Thierry Gouvenou, the current race director for the Tour de France, discussed his management strategy after the stage. Citing the 2019 mudslides as an obvious impact that required an organizational decision, he nonetheless believes that it is up to the riders and the teams to make informal decisions when the weather changes from “epic racing spectacle” to “unnecessary risk.” This encapsulates the hands-off approach race organizers largely take regarding sudden changes in road conditions – and which underscores why riders are taking an increasingly visible role to improve the situation. “…we can’t neutralize the race every time it rains,” Gouvenou said.

But perhaps the most relevant examples to our current COVID-influenced racing season come from the 1989 and 1991 editions of the Tour de France. In 1989, early stage crashes affected many teams but illness was an even bigger impact to Kelme, which completely withdrew on stage 11 after GC star Fabio Parra was too sick to continue. A different misfortune befell the PDM team’s disastrous 1991 campaign. Team leader Erik Breukink was a race favorite but spectacularly blew up during the first long time trial, and just a day later the entire team withdrew. Each rider (reportedly) received an infusion of a lipid emulsion intravenous nutrition product which had spoiled due to improper storage and transportation with the team supplies.

PDM’s withdrawal and subsequent excuse was a portent of the Festina scandal to come. But at the time – and in a 1997 Dutch investigation – it confirmed that there were highly insular and (somewhat) professionally organized medical programs within teams to monitor rider health and performance. Assuming these kinds of programs were already in place, the virus which ultimately knocked Kelme out in 1989 proved that illness could impact closely managed teams and jeopardize rider health and safety. Whatever health risk management precautions PDM and Kelme had in place at the time failed.

Unfortunately, we tend to remember the collateral damage examples more than the humorous or cautionary anecdotes. And so far, the compressed 2020 season has seen more than its share of carnage – like the potentially career-vectoring crash of Remco Evenepoel. Road racing has always been a risky sport, and big-time racing requires big-time safety measures and flawless organizational expertise. That means seasoned professionals driving the motorbikes, in the race officials’ shoes, and in the commissaire’s chairs. Even setting aside the COVID-19 community transmission concerns, the compressed schedule this year – with multiple UCI races staging at the same time – perilously risks stretching both UCI and organizer resources.

And of course right now COVID-19 concerns are at the center of the debate over race safety – because the virus heightens risks in three critical categories: (1) significant rider health risks, as evidence about potential long-term cardiological and respiratory illness effects mounts; (2) the implications for new regional flare-ups and the impact on local health care resources. As expressed elsewhere in the sports media, the “bubble” strategy for isolating contact between competitors, team and race officials, and supporting personnel degrades when you factor in multiple travel stops, in turn increasing the contact tracing load; and (3) there is the economic impact of what may happen if the Tour de France – or other major races – are forced to stop in mid-flight due to the risk of increasing COVID-19 transmission in regions which they traverse.

The approach to the 2020 season has necessarily been one of unverified strategies and best guesses – doing the best we can to manage risks given the unprecedented situation – and striving to balance the potential public health concerns with the economic exigencies of the sport. Hopefully, that process will have been sound enough to ensure a successful Tour de France and other major cycling events which follow. However, should too many riders become ill or should COVID-19 flare-ups start following the course, or if race safety breaks down due to stretched resources, the Tour may be remembered more for the folly of trying to push the sport too far too fast, rather than for the racing which took place. As fans, we can only hope that the race planning and logistics are as airtight as a hazmat suit, and that there is total focus among all of the stakeholders participating in these races – including spectators – so that this year’s race can make it all the way to the Champs d’Elysees.