The Fiiz Folding Bike: “Two Pieces – One Piece of Art” 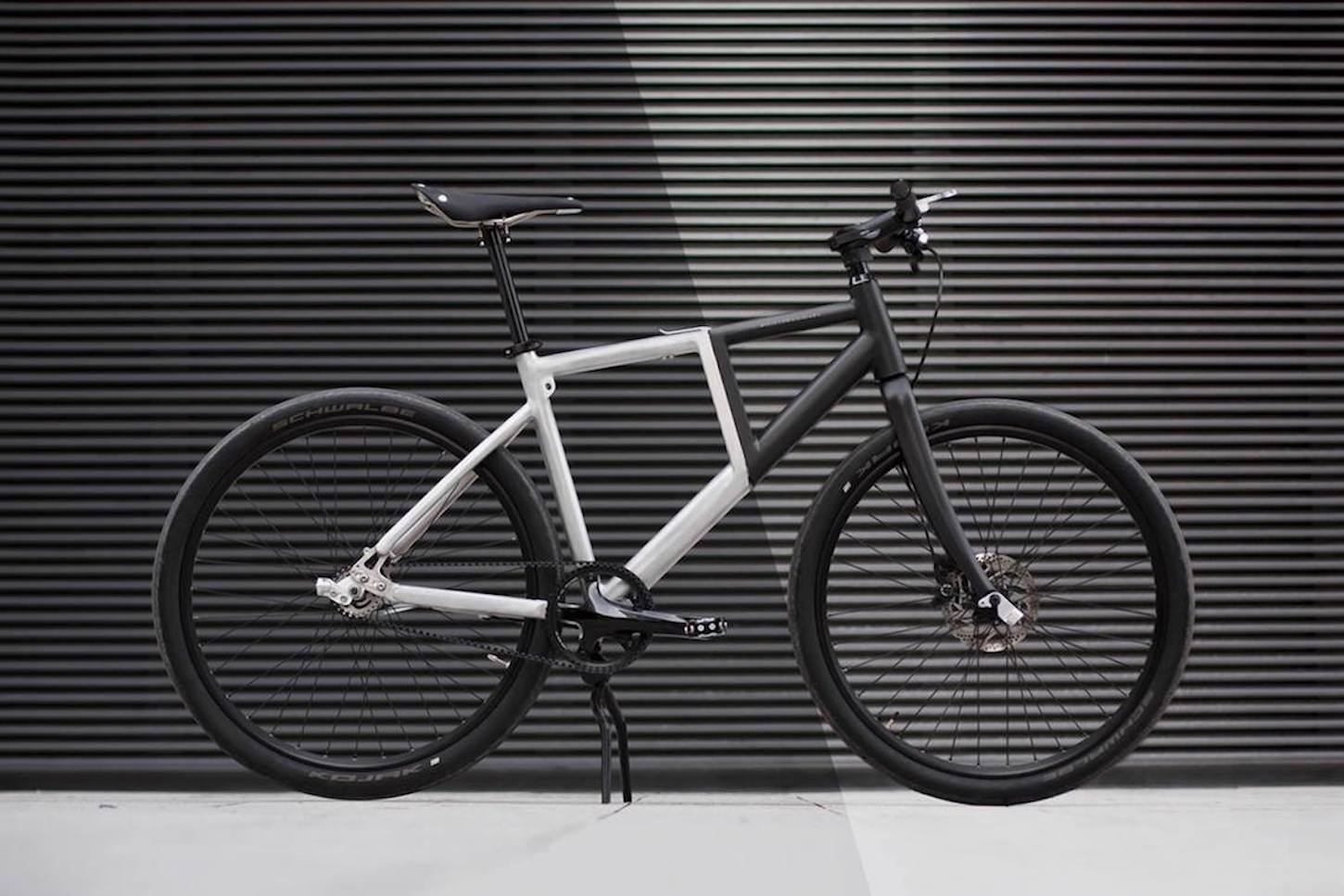 The Fiiz folding bike represents a nice departure from the usual gawky looking, compact contraptions that make-up the folding bike segment, instead resembling a full-size commuter bike with a modern-day flair.

The Fiiz is the result of Kruschhausen Cycles’ reinterpretation of what a folding bike should be, offering up a modular design that’s capable of collapsing in just 20 seconds. And when folded, both halves of the bike remain connected, permitting it to stand freely on its own or easily pushed with one hand.

The design also features handlebars and pedals that fold, allowing cyclists to easily carry the bike on a bus or train, or stow it in the trunk of their vehicle.

Additionally, a Gates belt-drive system adds to the simplicity and maintenance-free efficiency of the Fiiz as well, along with hydraulic disc brakes  to meet the challenges of traversing the urban landscape.

Aesthetically, the Fiiz possesses an almost Bauhaus-like appearance, blending a stylish industrial look alongside practicality and function, which isn’t surprising given its German roots.

You can learn more about the Fiiz by visiting Kruschhausen Cycles’ website here.