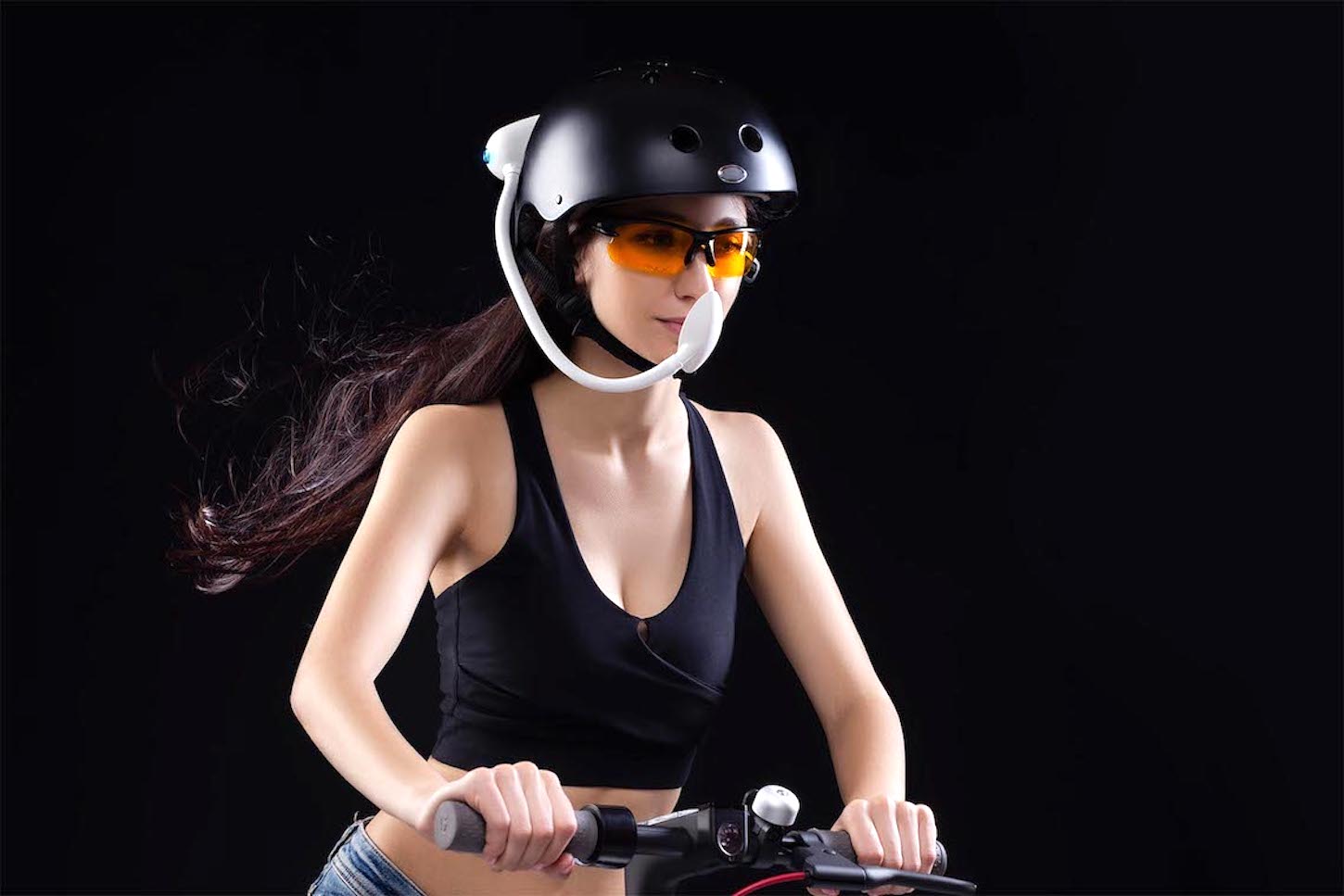 15 May 2020
By Gianni Pericolo - In FEATURED ARTICLES, LATEST ARTICLES, THE DOUBLE DIAMOND

Indeed, it’s not uncommon to see cyclists wearing some kind of a face mask in urban areas as a means of filtering out airborne pollutants. However, the IWind takes a different approach by actually blowing purified air into the cyclist’s face.

The IWind is made up of two main components: a flexible, articulated hose and a filtration module that magnetically mounts to the back of the cyclist’s helmet. In addition to containing a replaceable filter, the filtration module also contains a fan and a rechargeable lithium battery.

From there, purified air is pumped from the module via the hose to a cup-like face-piece that sits directly in front of the cyclist’s nose and mouth, filtering out air particles as small as 0.4 microns, while also killing bacteria via a silver antimicrobial coating on the filter.

For cyclists who want to increase the IWind’s effectiveness, they can opt for a respirator-like mask that seals the system off more completely, which the designers claim won’t fog up, doesn’t touch the face, muffle the voice or require time to dry out after use.

Additionally, the filtration module also features a ceramic heater that can be used to warm the air on cold days.

It also has a 150-lumen tail light for added safety when cycling at night, which boasts a claimed battery life of nine hours under normal use, or 6.5 hours when the heater is used.

The designers of the IWind have undertaken a crowd-funding campaign on Kickstarter, offering a special incentive price of $66.00 for early-backers, which you can learn more about here.