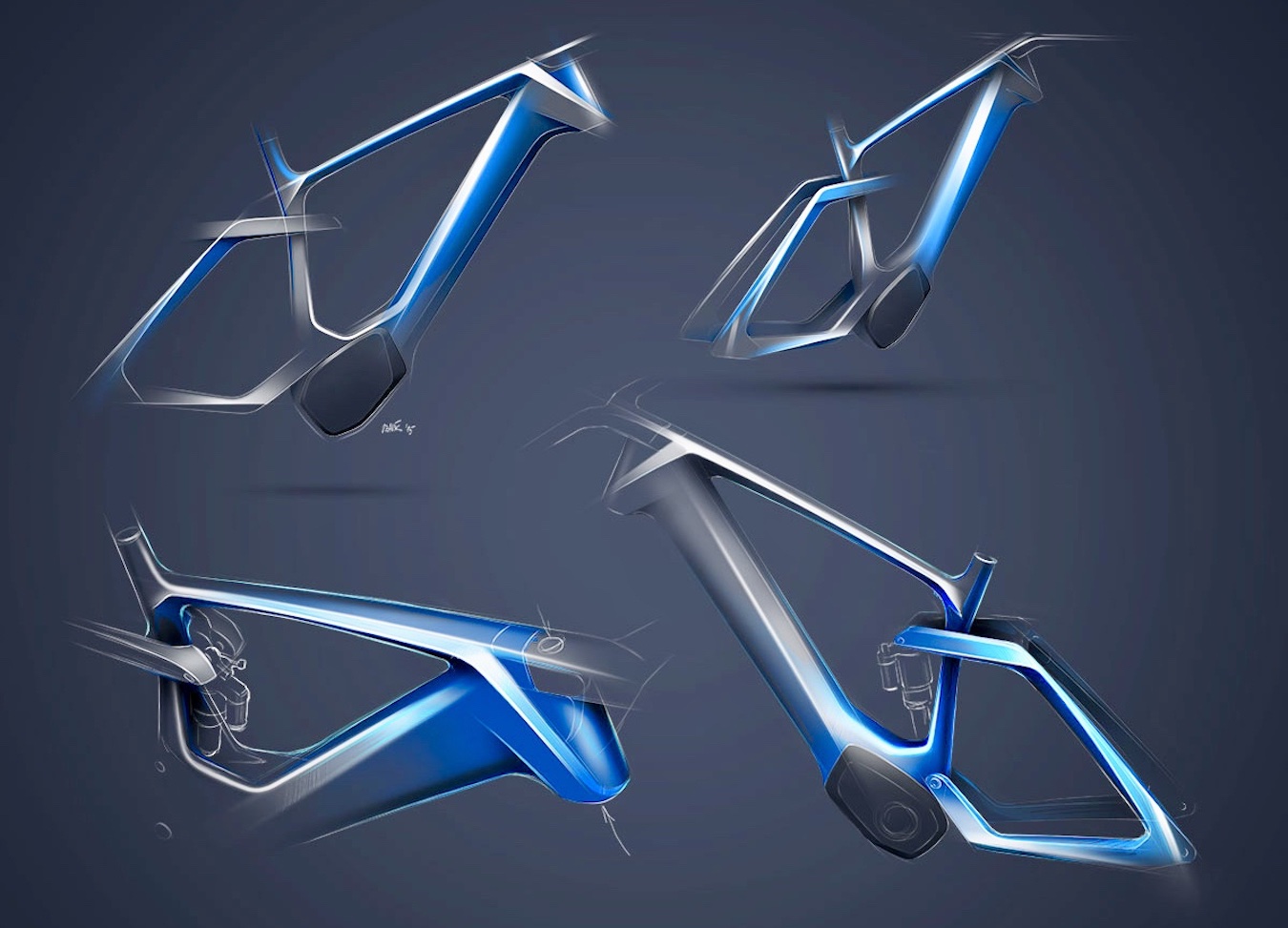 Several 3D-printed bike frames were unveiled during this year’s Eurobike show in September, the US-based start-up Arevo being among them, showcasing the world’s first 3D-printed e-bike monocoque carbon frame.

Another company that exhibited at the show was Kinazo Design, debuting the world’s first e-MTB to use 3D-printing as well.

The new technology is based on the ability for a laser to micro-weld powdered metals and alloys into fully functional metal components, making it possible to print an e-bike frame from a single piece instead of eleven individual parts.

Indeed, the first Kinazo designed prototype presented several years ago consisted of eleven individual 3D-printed pieces, which were then welded together. Now the 3D-printed in-tube aluminum Kinazo E1 can be made into a one piece, monocoque frame.

Additionally, according to Kinazo, new developments in production optimization have also led to the ability to double the printing speed, thus leading to a significant reduction in production cost. Moreover, what’s special about the 3D-printed aluminum frame is that each design can be individually adapted to the ergonomics of the rider.

In other words, the 3D-printed Kinazo E1 not only offers an unlimited range of geometry, but also provides the opportunity to design, shape, reinforce and augment the “material microstructure.”

In the end, the full suspension Kinazo E1 weighs in at less than 45 pounds (20 kilograms), which is equipped with a Brose electric mid-motor that’s capable of propelling the bike up to speeds of 27 mph (45 km/h), while the corresponding BMZ battery is integrated into the frame’s down tube.

Other features that punctuate the $23,000 Kinazo E1 (20,000 euros) are a Fox 36 Factory suspension with 160-millimeter front and rear travel, hydraulic disc brakes, a dropper seat post and Schwalbe’s rigid Magic Mary 27 Plus tires.

You can learn more about the Kinazo E1 by visiting the company’s website here.