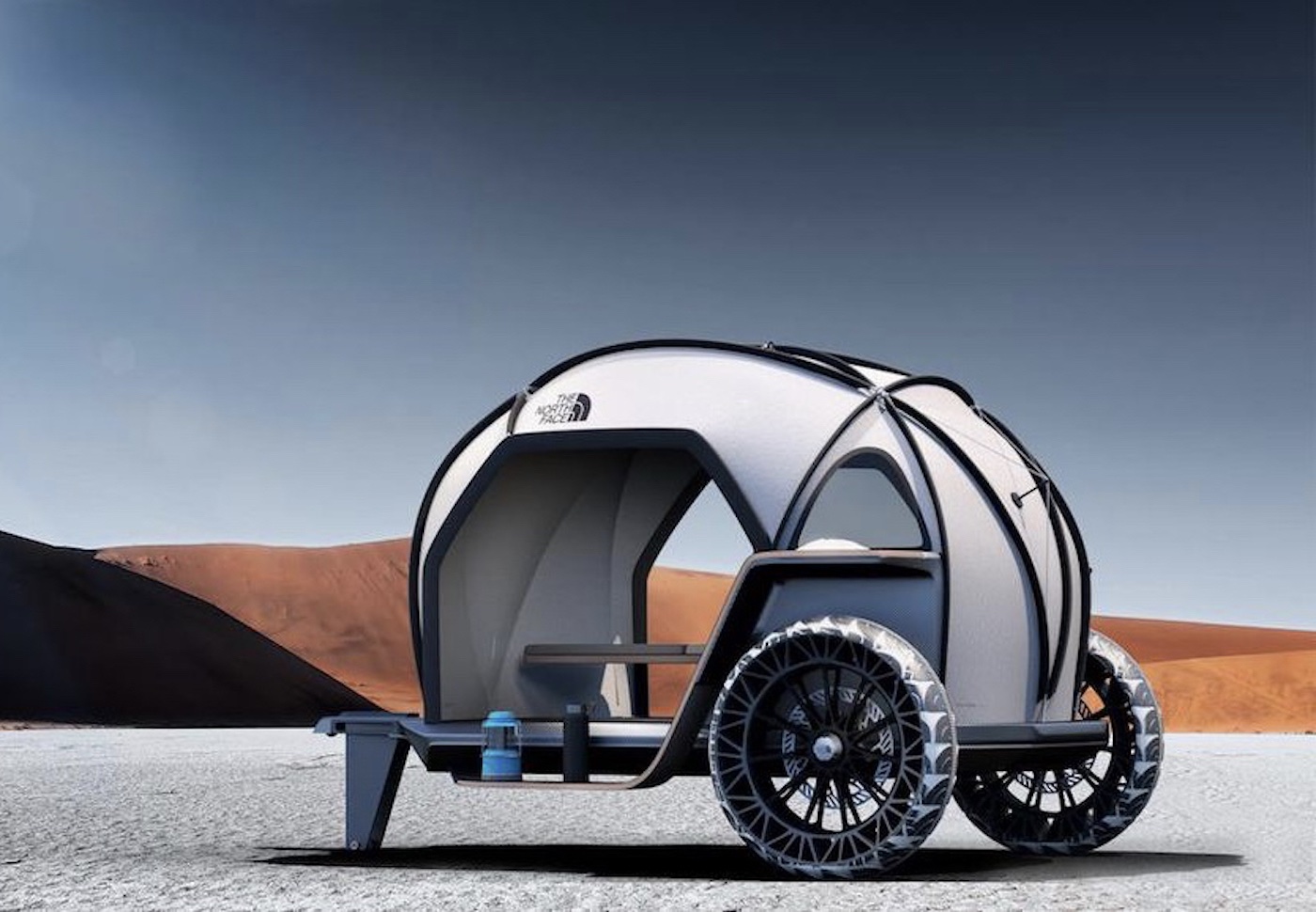 22 May 2019
By Campionissimo - In FEATURED ARTICLES, LATEST ARTICLES, THE DOUBLE DIAMOND

One of the more interesting camper designs to emerge, is the result of a collaboration between The North Face and BMW to create a soft-shell concept camper called the FUTURELIGHT that’s a veritable tent on wheels.

The FUTURELIGHT builds upon The North Face’s popular geodesic dome tent, adding its latest FUTURELIGHT fabric over an exoskeleton to create a shell that offers supreme protection from the elements.

Combine this with a rugged chassis and wheels courtesy of BMW’s engineering know-how and you get one of the most sophisticated micro-campers ever developed.

According to both companies, the FUTURELIGHT can sleep two people with its staggered bunk-bed design that features two hexagonal entrances. There are also two triangular windows to allow its occupants a view out. There’s even a small desk in the corner.

It’s unclear whether The North Face or BMW has any plans of actually producing the FUTURELIGHT.

“We combined both physical and digital worlds to showcase this material, ensuring the holistic vision of the brand was clearly communicated, while giving people a real ‘hands-on’ experience,” said BMW’s Designworks LA studio director Laura Robin. “Thinking about extreme performance in new and unexpected ways from our experience of working across multiple industries, helped us to provide consumers with a unique and never before seen insight into the very heart of the material and its key attributes.”

We could see the FUTURELIGHT micro-camper being light enough that even a burly cyclist on a fatbike could tow it.

That image alone should be enough to prompt The North Face and BMW to whip it into production.