The PikaBoost Converts Any Bike Into an eBike 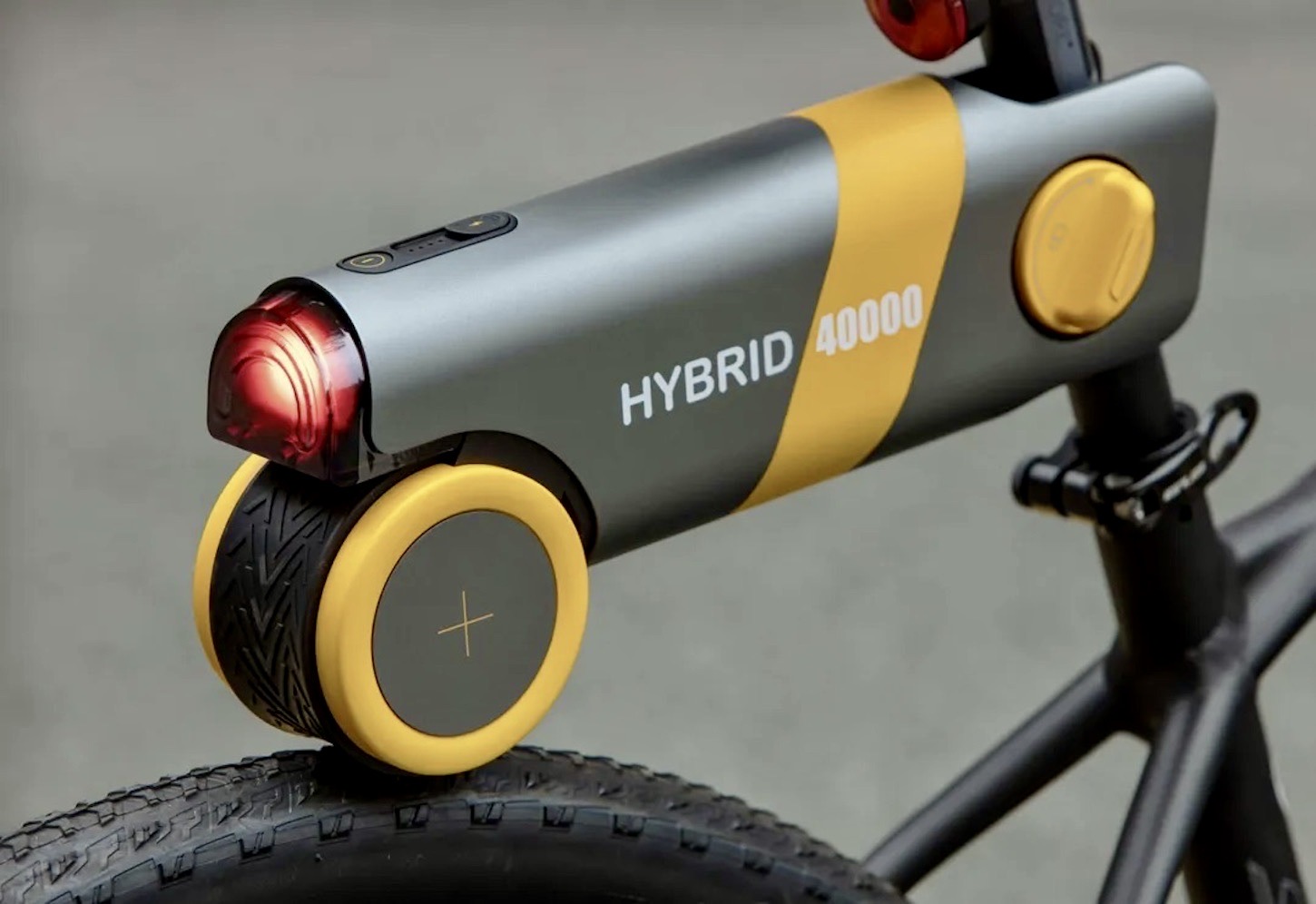 LIVALL, the company behind the world’s first smart cycling helmet, has expanded its smart technology into the fast-growing e-bike segment with the launch of its PikaBoost, a new device that easily attaches to most bikes, transforming them into an eBike in less than 30 seconds.

Tipping the scales at  6.6 pounds, the waterproof PikaBoost kit contains a controller, a motorized hub and a battery pack, along with a self-locking mechanism that ensures the device remains securely on the bike, providing assistance 16 mph ( 25 kph) and range of travel up to 18 miles ( 30 kilometers).

Additionally, the system features Automatic Adaptive Rate (AAR) technology that intelligently adjusts the amount of assistance based on the terrain and the rider’s pedaling output via three mode of assistance, Cruise, Roll and Exercise. Another important feature of the PikaBoost is an automatic e-brake, which stops the bike instantly when an angle of 45 degrees is detected.

The PikaBoost is also a regenerative product that is charged only through pedal action, making it an environmental and cost effective option for those that like to keep an eye on their carbon footprint, while a Bluetooth enabled security feature automatically locks the system once the rider is out of range.

“PikaBoost has been designed to help reduce people’s dependence on their car, and to promote better levels of physical activity, along with the reduction of accompanying carbon emissions. It is a great option for those who might be new to cycling, or building their fitness levels – helping to make cycling much more accessible for all,” says Hudong He, PikaBoost product designer.

“Being so easy to use means that it is a very convenient addition to any bike, and the added safety features mean that the rider can also feel safer on the road than ever before. We’re really excited about our new launch, and are very much looking forward to hearing feedback from our early customers,” he adds.

PikaBoost has launched a crowd-funding campaign on Kickstarter, offering early-backers a special price of $299, a 50% discount off the retail cost of $599, with an estimated delivery in March 2023.