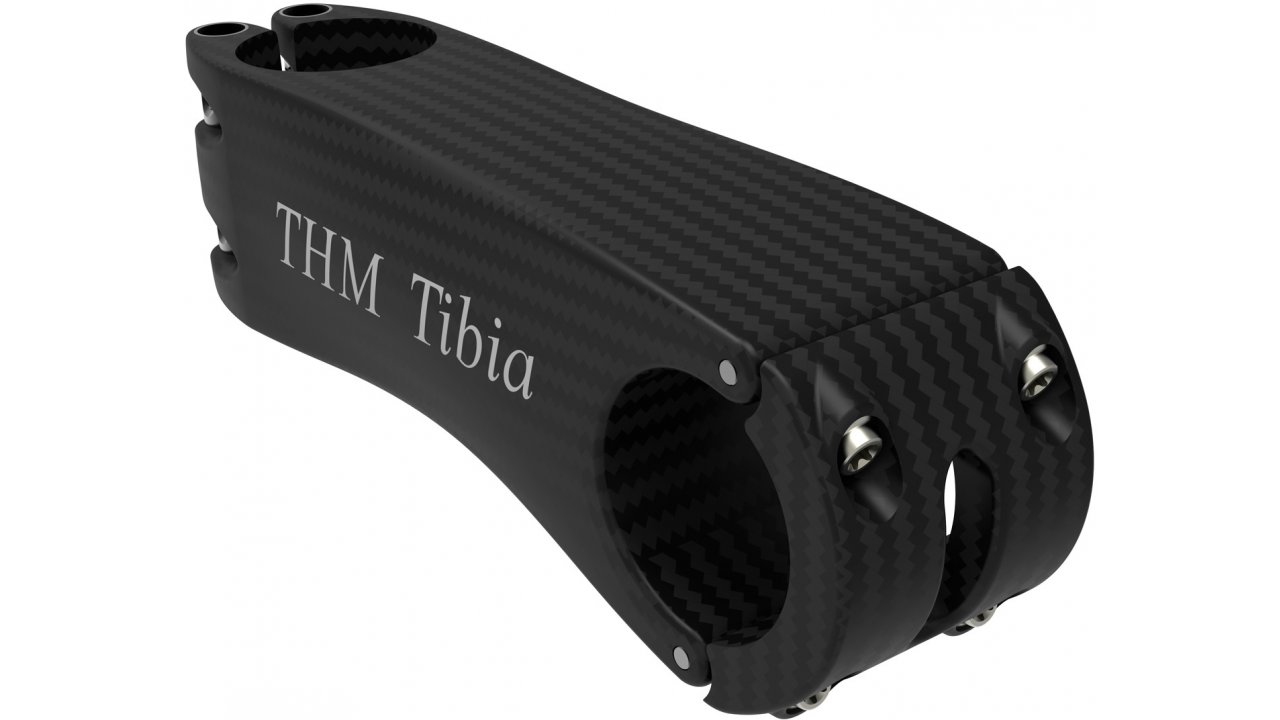 We first mentioned THM”s TIBIA stem when it first broke cover earlier this season. However, it isn’t until now this incredibly light carbon gem  has become available.

If a stem of this ultra-lightweight (78 grams in a size 100mm) were to come from anyone but the carbon gurus at THM, we could see how some enthusiasts would approach it with trepidation.

However, THM was keen to follow TIME Sport’s design, wherein the stem’s threaded hardware has been molded into the stem itself, thereby eliminating a significant amount of stress and alignment concerns between the stem and faceplate, and allows each T15 Torx cap to be independently tightened to spec.

In addition, the TIBIA utilizes “slinders” and fasteners to tension the steerer, which further reduces stress and deformation of the carbon as well. Moreover, this design rules-out the possibility of stripping-out what would have been carbon threads inside the stem itself – due to over tightening.

You better be prepared to get out your deutsche marks, as the TIBIA doesn’t come cheap.