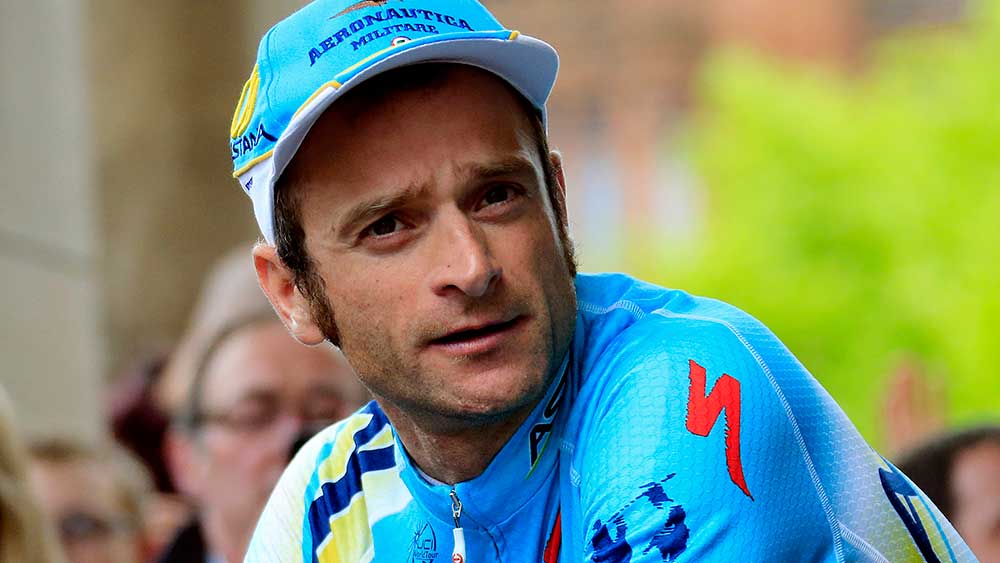 Thousands of people from across Italy and beyond, gathered in Filottrano, Italy to attend the funeral of Michele Scarponi, who died on Saturday following a collision with a motor vehicle while out on a training ride.

More than 5,000 people paid their respects during a service that was held at a local football stadium in the small Italian town which is located in the eastern part of the country, as Scarponi’s coffin was greeted with applause as it was carried into the center of the stadium.

Among the crowd were numerous colleagues from the world of cycling including Astana general manager Alexander Vinokourov, Italian Cycling Federation president Renato Di Rocco, and Bahrain-Merida rider Enrico Gasparotto, who had been excused from riding the Tour de Romandie to attend the funeral, as well as figures from wider Italian sport, such as football manager Roberto Mancini, a family friend and occasional riding companion of Scarponi.

The funeral mass was led by Cardinal Edoardo Menichelli, who described Scarponi as “an example of sacrifice, a rider who wasn’t just a leader, but also a companion and representing the essence of teamwork.”