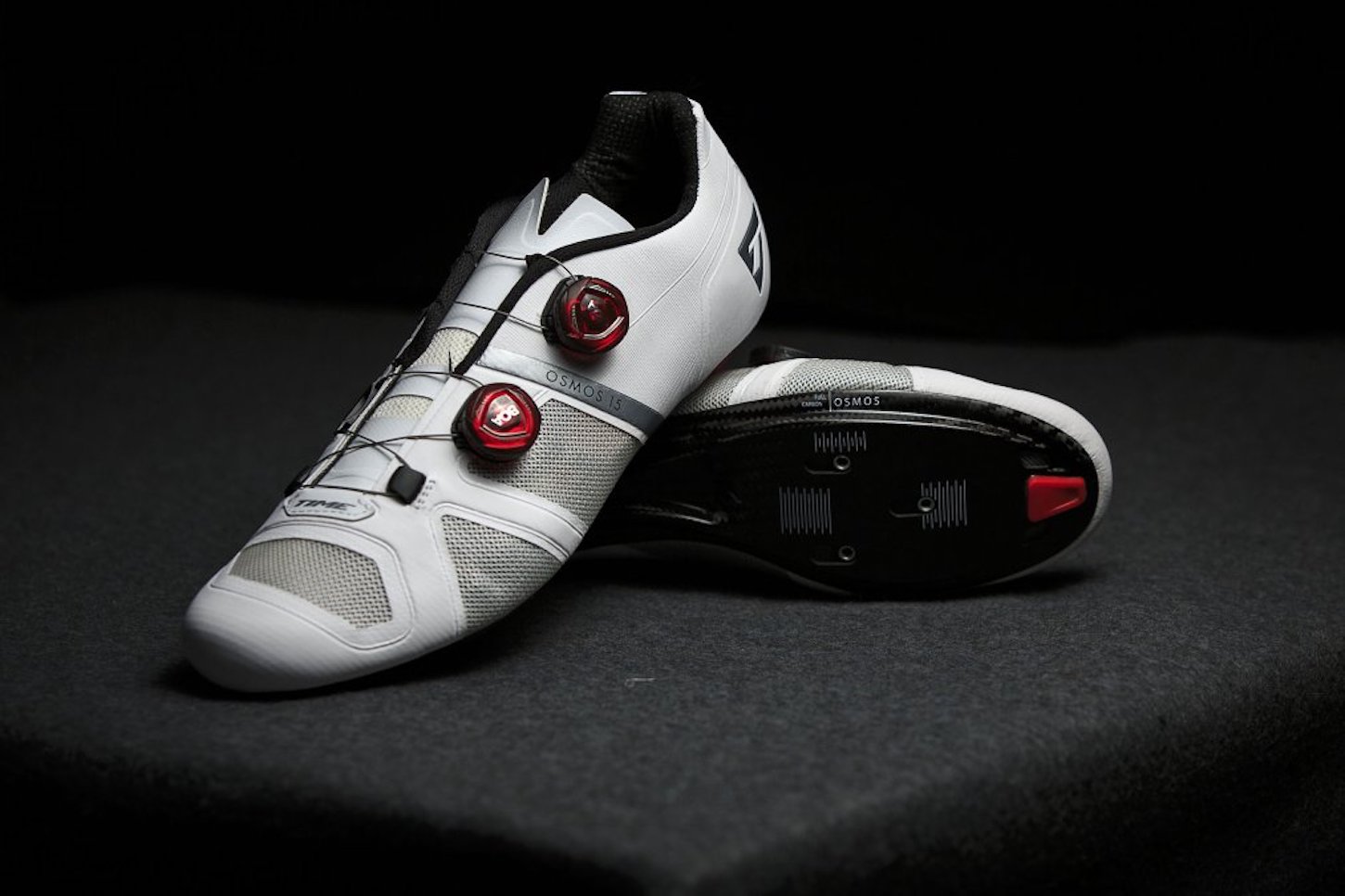 images of the OSMOS 15

It’s been nigh on to a decade since TIME last occupied a spot in the cycling shoe segment. But, the iconic French brand has unveiled a new range of cycling kicks called OSMOS, which comprises no fewer than five premium models.

TIME was purchased by Rossignol not long after the untimely death of its founder and president, Roland Cattan, back in 2016.

With access to over 3,000 3D-scanned feet at Rossignol’s R&D facility in Montebelluna, Italy, TIME was privy to a huge data pool to engineer its new OSMOS range from, drawing critical information to use during both static and dynamic testing phases in order to determine the correct curvature of  the sole and heel structure as to eliminate pressure points.

According to TIME, the production process took over two years to develop the OSMOS range, involving everything from biomechanical foot studies, product conception and iterative prototyping, to final production and follow-up testing and product deployment.

When it came time to choosing materials, TIME says it thoroughly scrutinized the competition, enlisting its research team at Montebelluna to create an upper that surpassed all others in terms of comfort, ventilation and performance.

The result is a seamless upper for all five OSMOS models, along with a “hot-welded spider-web” reinforced inside.

As far as closure systems are concerned, depending on the model, the OSMOS range comprises a mix of single and dual BOA set-ups, with models 11 and 12 getting an added velcro strap.

Sole material also varies in the range, with the model 15 being treated to a full-carbon construction for optimal stiffness, while the 9, 10, 11 and 12 get a composite sole consisting of a mix of polyamide and carbon that’s reinforced with a carbon stiffening plate in the area of the cleat.

Additionally, TIME develop a unique insole for the OSMOS called its Sensor 2 system, which features a foam material intended to limit vibrations while also maintaining rigidity.

The OSMOS range is compatible with all three-hole cleat patterns without the need for adaptors, with a strong leaning toward the French brand’s own Xpresso line of pedals.

The OSMOS 15 weighs in at a claimed 480g for a size 42, which TIME admits is not the lightest shoe on the market because that would sacrifice comfort, while the rest of range tips the scales at around 500g.

Color options have been kept to a minimum, with offerings in classic white, black and a few combinations thereof.