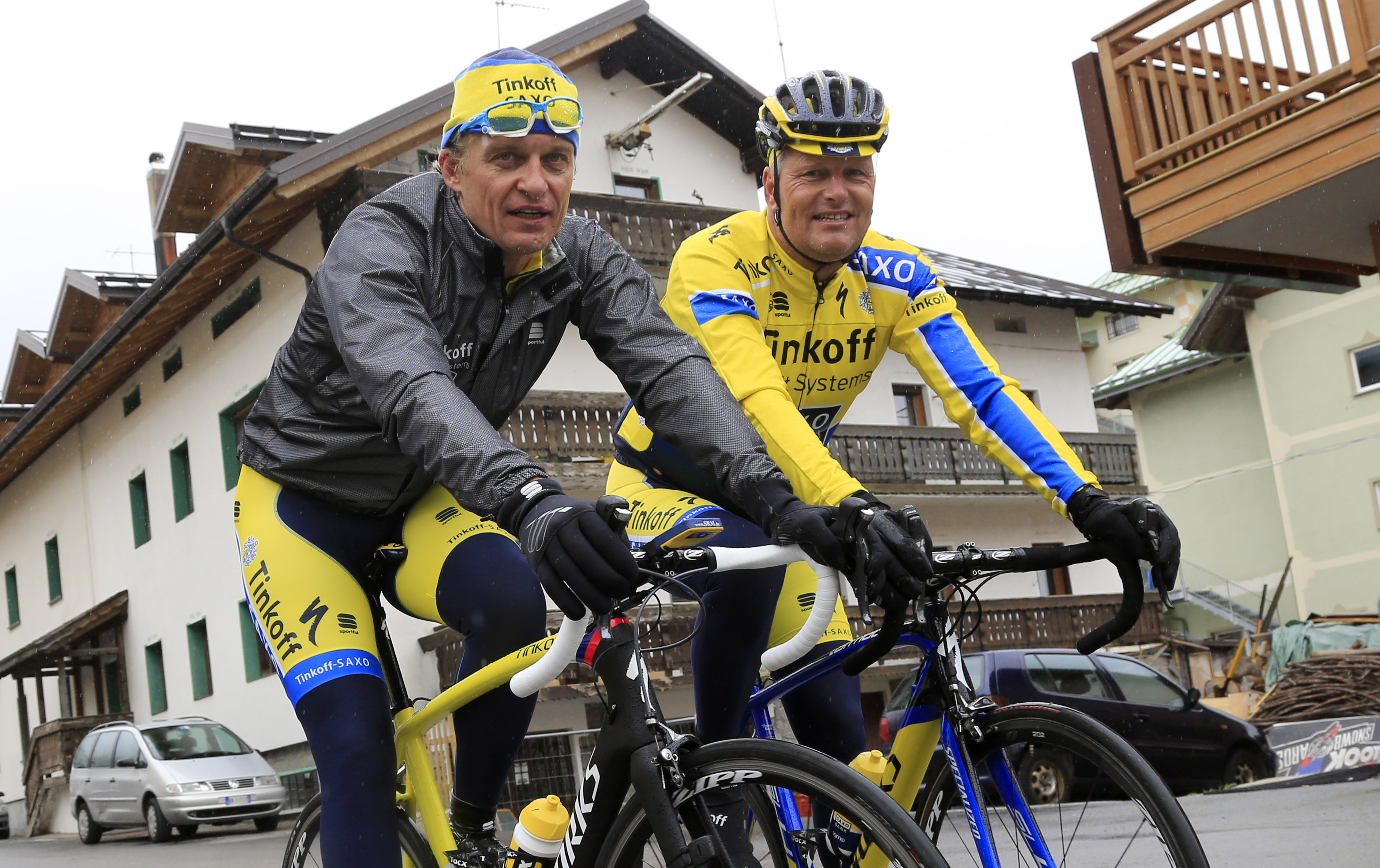 Never at a loss for words, or stirring up tumult, Oleg Tnkov, reportedly lashed out at his team manager, Bjarne Riis, during last week’s Tirreno – Adriatico – insisting on better results.

According to an article in L’Equipe, Tinkov has ordered Riis to take over duties as directeaur sportif, while Steven de Jongh has been relegated to the team’s “second car”.

“A big talent must always remain under pressure, whether it comes from God or they apply it themselves. And when you’ve got a contract that amounts to several millions that’s even more the case,” Tinkov told the French paper.

“I put myself under pressure every day. These are athletes and directeurs sportifs, they’re not the Princess with the pea,” said the gregarious Russian businessman.

Since purchasing the team from Riis at the end of 2013, Tinkov has kept a firm grip on its operations and personnel. For example, at the end of last season, he released Philippe Mauduit and Fabrizio Guidi from their respective roles in the team’s management, while Contador’s long-time soigneur, Valentín Dorronsoro, was also sacked because he was perceived as being old-fashioned.

Tinkov began this season espousing a lot of hype, suggesting that other teams were afraid Tinkoff-Saxo’s Alberto Contador and Peter Sagan. However, only Sagan has been able to yield any kind of victory thus far in the season, after claiming just one stage in the Tirreno – Adriatico.