CapoVelo.com
CapoVelo.com - - To Wear a Helmet, or Not to Wear a Helmet? There's Yet Another New Study
70101
post-template-default,single,single-post,postid-70101,single-format-standard,no_animation 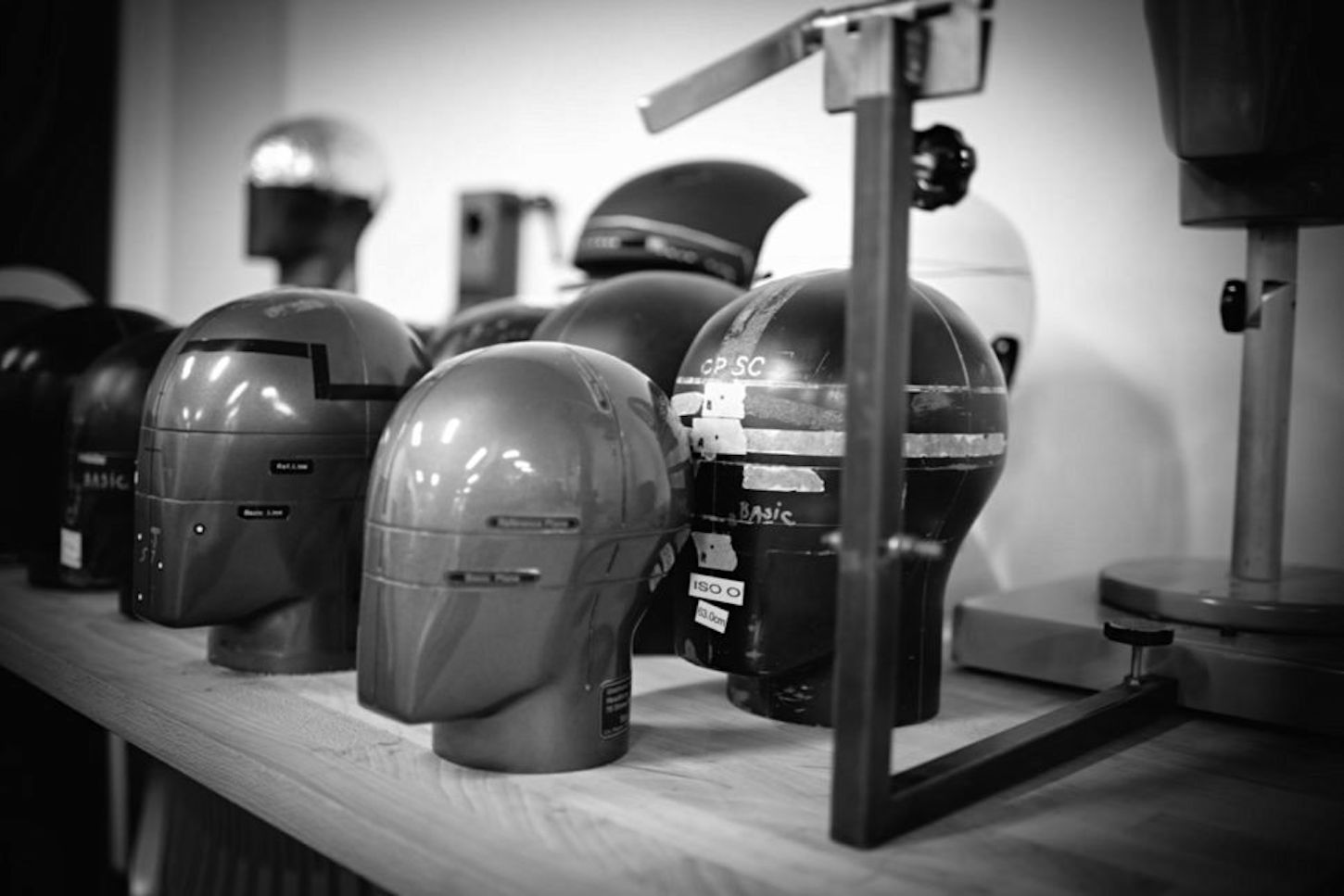 To wear a helmet, or not to wear a helmet? There’s yet another new study out by International Journal of Advanced Research in Orthopedics that raises some interesting questions in the ongoing debate.

In various parts of the world today, bicycling has become an increasingly popular activity. This contemporary and current increase in bicycling is especially apparent in major cities. Paris, France, just recently opened the first segment of a bicycle-only highway that will span the entire city. As more and more individuals take up bicycling, it is inevitable that more bicycle injuries will occur. Cycling has been shown to have a higher injury rate compared to other sports and recreational activities. Bicycle injuries that occur with cars involve trauma to the head. Helmet use among bicyclists is not popular in many areas even though the protective effect of helmets is well- documented. Helmets can greatly reduce the risk of brain injuries resulting from impact to the head. Recent studies questioned this protective effect.

Injuries resulting from bicycling result in high morbidity and mortality. The majority of bicycle injuries require hospitalization and many require surgical treatment. Cycling injury trauma has shown an increase in hospital admissions in Massachusetts and proved to be a financial burden for the state. Hospitalizations due to bicycling injuries nationwide from 2002-2009 have accounted for a spending of more than $1 billion. Medical costs due to bicycle injuries are increasing nationwide. California is looking to avoid the consequences of bicycle injuries by proposing a law that would inhibit individuals from cycling without a helmet. To better understand the problem, information about the prevalence and character of bicycle injuries need to be continually evaluated. The purpose of this paper was to evaluate the prevalence of bicycle-related injuries from an urban county hospital system, studying the mechanisms and types of bicycle- related injuries.

Los Angeles County+USC Medical Center are the largestpublic hospital in California, the nation’s most populousstate, and it serves one of the largest urban areas in the United States. Digitalized trauma records have been maintained at LAC-USC to follow and investigate trauma injury patterns. Accessible information is recorded in the form of spreadsheets and dates back to January 1995.

In this IRB-approved study, encrypted and blinded emergency room registry data was reviewed and analyzed. Bicycle injuries occurring during the calendar years of 2013-2015 were reviewed. Patient information

was obtained from the digitalized trauma registry and grouped by: patient demographics, mechanism of injury, helmet use, injury description, emergency department procedures, and toxicology screenings. Data on injury description included specific fractures classified by ICD-9 codes, AIS scores, ISS scores, and GCS scores. A simple linear regression analysis was performed with Microsoft Excel to investigate the relationship between the variables of use of helmets and the occurrence of bicycle injuries. A 95% confidence interval was used to interpret the statistical significance of results with significance set at p<0.05.

In 2013-2015, 1454 patients were admitted into the LAC- USC emergency department with bicycle injuries. 204 of these patients were wearing a helmet when injured (14%). 1232 patients were not helmeted. Of all injured patients, 357 (25%) were 18 years of age or younger. The most common mechanism of injury was collision with a motor vehicle without being run over or thrown off where the impact was at less than 20 miles per hour. This mechanism comprised 44% of all cases studied. 26% of all patients collided with a motor vehicle at an impact of greater than 20 miles per hour and had fallen or were thrown off their bicycle. Falls not involving a motor vehicle accounted for 23% of injured patients. Other less common mechanisms included collisions not involving motor vehicles where collision was at impact less than 20 miles per hour of cycling, gunshot wounds, self-inflicted or accidental injury, and injury inflicted during sport or recreational activity. These other groups each accounted for less than 10% of all bicycle injuries.

There were 17 deaths that occurred in 2013-2015 because of bicycle injury. 1140 fractures from bicycle injuries were reported. These include of mandibular fractures, maxillary fractures, and fractures of the upper and lower extremities. Bones fractured in the upper extremity include the radius, ulna, and humerus, while bones fractured in the lower extremity include the tibia, fibula, and femur. Common operations performed included open reduction of a fracture, closed reduction of a fracture, debridement of an open fracture, internal fixation of various bones, and nonexcisional debridement of a wound.

33 out of 204 helmeted patients were found to have an Injury Severity Score (ISS) of 179 greater than 15 in the helmeted group. An ISS score of greater than 15 signifies major overall body trauma. 88 out of 1232 patients were found to have an ISS greater than 15 in the non-181 helmeted group. 29 patients had a GCS score below 8, while 27 had scored between 8 and 12. 182 96% of all studied cases (1382) had a GCS score that was greater than or equal to 13. A wide variety of drugs of abuse were found with toxicology screening upon emergency room admission. These included PCP, ethanol, amphetamines/methamphetamines, cocaine, acetaminophen, benzodiazepines, and other narcotics/opioids. The most used drugs abused were ethanol and amphetamines. 112 patients (8%) were intoxicated with ethanol when injured, while 58 patients (4%) had abused amphetamines. 19 patients (2%) tested positive for cocaine use. Not all patients admitted had a toxicology screening.

Because bicycling is a popular activity in many urban centers around the world, numerous injuries related to bicycling occur. The availability and magnitude of public transport of a city influences the amount of bicycle injuries that occur in that population. Bus ridership has been associated with increased bicycle use. 7 Los Angeles is different from all previously studied major urban areas because of its large bus ridership and its remarkable road traffic congestion. The seriousness of the issue of bicycling injuries has been underscored by the recent implementation of legislation that mandates drivers in the state of California to maintain a distance of at least 3 feet from bicyclists on the road. This study differed from the previous literature as it sought to investigate variables of bicycle injuries specifically in one of the world’s busiest emergency rooms.

Compliance with helmet use is known to be low with cyclists. This was seen in this county hospital trauma registry, even though not wearing a helmet while bicycling has been found to be dangerous. Neurological deficits resulting from bicycle injuries can range from being very minimal to severe. 29 patients in our study experienced severe brain injury because of a bicycle injury (GCS<8). 122 patients had an ISS that was greater than 15, which implies major trauma, and 17 patients ultimately died because of bicycle injury. The most common procedure in the emergency room with bicycle injuries involved the treatment of fractures.

Of all helmeted patients, significant head trauma (head AIS>2) was seen in 35%. This was like the non-helmeted group where 34% incurred significant head trauma (p- value=0.84). This differs from previous literature on the noncompliance of helmet use showing an increase in the amount of major trauma witnessed. Though we cannot explain this inconsistency, the absolute severities of bicycle injuries are emphasized. This paradoxical observation has also been discovered by Kett et al. who found helmets do not actually reduce bicycle injuries. One explanation may come from better understanding the behavior of automobile drivers around bicyclists. Walker et al. found that when driving near a helmeted bicyclist, drivers tend to drive closer than when driving near a non-helmeted bicyclist. This may have to do with the driver believing a bicyclist is more protected when wearing a helmet and may lead to more traumatic injuries for helmeted cyclists. It is important to note that other researchers such as Joseph et al. have also found different conclusions. The medical literature is divided on the efficacy of helmet efficacy and this highlights the need for more study. All conclusions on helmet use must be made with caution as not all cyclists injured in an accident come to the emergency room.

Bicycle use has been shown to have a prevalence of extremity fractures. Of the 1454 bicycle injuries in the LAC+USC registry we reviewed, 78% had fractures. The 1140 fractures, including bones of the upper and lower extremities, are consistent with a previous study done by Lustenberger et al.. They found extremity fractures to be very prevalent bicycle-related injuries. Cycling on the shared road has previously been found to increase the chances of injury. This data found that 70% of all injured patients were involved in a collision with a motor vehicle. This has been discussed in other studies including Loo et al. who found that in Hong Kong, cycling injuries on public roads (with cars) were more severe than those occurring on cycling tracks. Our study found that nearly half of all injuries studied involved bicyclists colliding with motor vehicle drivers driving at low speeds. Urban infrastructure planning devoted to bicycling safety and on-road bike lanes may reduce the risk of injury.

This data demonstrated a 13% presence of drugs at admission with these cycling injuries. Ethanol was the most abused drug among the injured bicyclists, 8% with cocaine, and amphetamines totaling 6%. Not all of these emergency room visits had a toxicology screening, implying even higher numbers overall. This is a serious social issue for cycling and society at large. Sethi et al. found that alcohol intoxication increased the chances of bicyclists getting severely injured.

This study relied on data from a registry and therefore has inherent limitations. Any data registry has issues with consistency and completeness when dealing with large amounts of data entry. There were some incomplete data recordings for the patients studied. The LAC-USC trauma registry was not set up specifically for bicycle injuries. More serious injuries obviously gravitate to medical services, and it must be assumed that many additional bicycle injuries exist that chose not to seek medical care at the emergency department.

Bicycle-related injuries are a serious social and financial problem. This data demonstrated, as anticipated, severe injuries. Low velocity injuries with motor vehicles were the most common injuries. 78% had fractures. Only 14% of these registry injured patients wore a helmet.