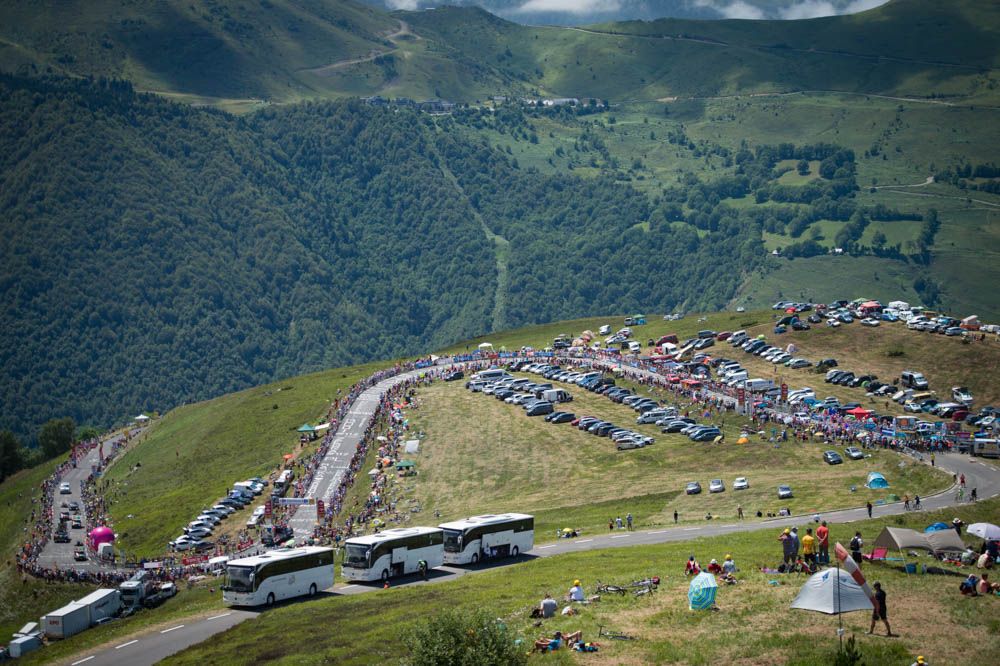 As a result of his second place finish, Aru wrested the yellow jersey from the shoulders of Chris Froome (Sky), who unexpectedly faltered during  the steep closing meters of the climb.

Today’s challenging stage included no fewer than six categorized climbs, including the hors-catégorie Port de Balès, along wet conditions, making it one of the toughest stages of this year’s race.

Steve Cummings made a daring solo attack that looked as though it might earn the Team Dimension Data rider the stage victory, but the British rider ran out of steam along the penultimate climb of the Col de Peyresourde.

With 35 kilometers to go, Cummings had counter-attacked Thomas de Gendt’s move on the Port de Balès, later opening up a gap of two minutes over the chase.

However, Cummings was later caught with just under 9 kilometers to go, with Team Sky amassing at the front to protect its leader, Froome.

With Mikel Nieve and Mikel Landa by his side, it appeared like Chris Froome was set to tighten his grip on the maillot jaune.

However, with 300 meters to go, Aru attacked with Uran and Bardet quickly marking his move. But, Froome instantly appeared to be in trouble, swerving side to side across the steep final section, while his rivals powered away.

During the final hundred meters Aru was overhauled first by Bardet and then by Uran, while Froome fought to the line to limit his losses.