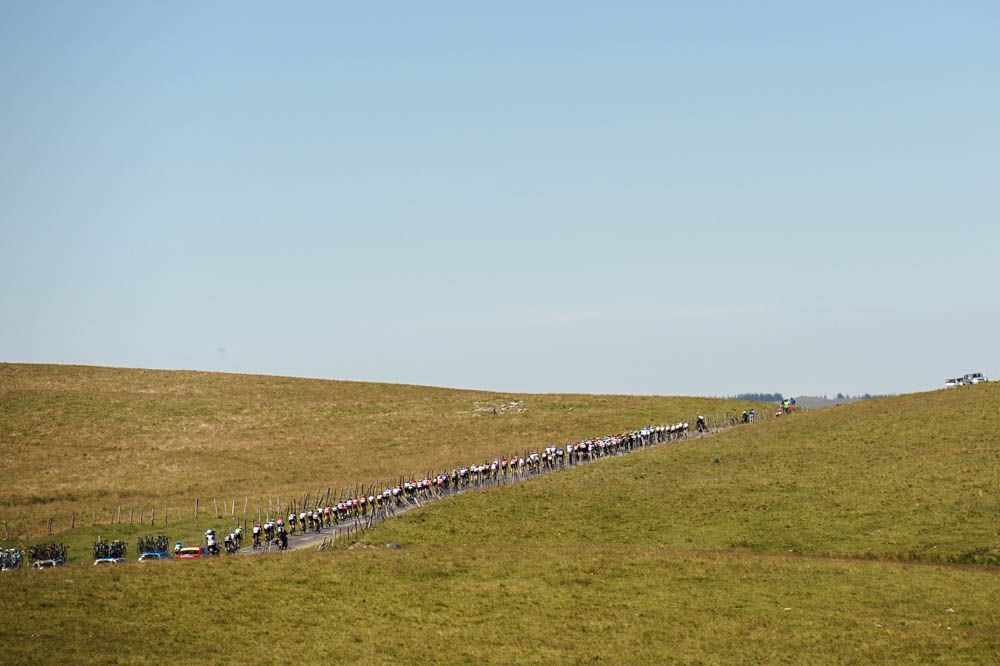 Bauke Mollema (Trek-Segafredo) climbed his way to a solo victory during stage 15 of the Tour de France in Le-Puy-en-Valey today, after attacking from within a large breakaway group with 29 kilometers to go, while Diego Ulissi (UAE Team Emirates) and Tony Gallopin (Lotto-Soudal) rounded out the podium, after finishing 19 seconds behind the Dutch rider.

Meanwhile, Chris Froome (Team Sky) managed to hold onto the yellow jersey, despite showing signs of difficulty along the today’s penultimate climb, to include suffering a puncture which saw no pause from the peloton in waiting for him to catch up.

“Yeah really it’s amazing, I’m so happy to finally win a stage in the Tour de France, I just can’t believe it you know, it’s finally what I’ve worked so hard for the last few years. I’ve been close a few times and this year I really wanted to go for a stage, that was a big goal for me, and yesterday I knew this was a chance”, Mollema said after the stage.

Tony Martin (Team Katusha Alpecin) initiated a solo attack with 68 kilometers to go, but lost his impetus along the category-one climb of the Col de Peyra Taillade.

Martin’s move was later followed Mollema’s, who made a decisive attack with just under 29 kilometers remaining, and despite the efforts of a determined chase, the Trek-Segafredo rider succeeded in staying away until the finish.

In the meantime, Dan Martin commenced an attack of his own during the closing 10 kilometers, subsequently picking up a few precious seconds to move ahead of Mikel Landa (Team Sky) in the overall classification.