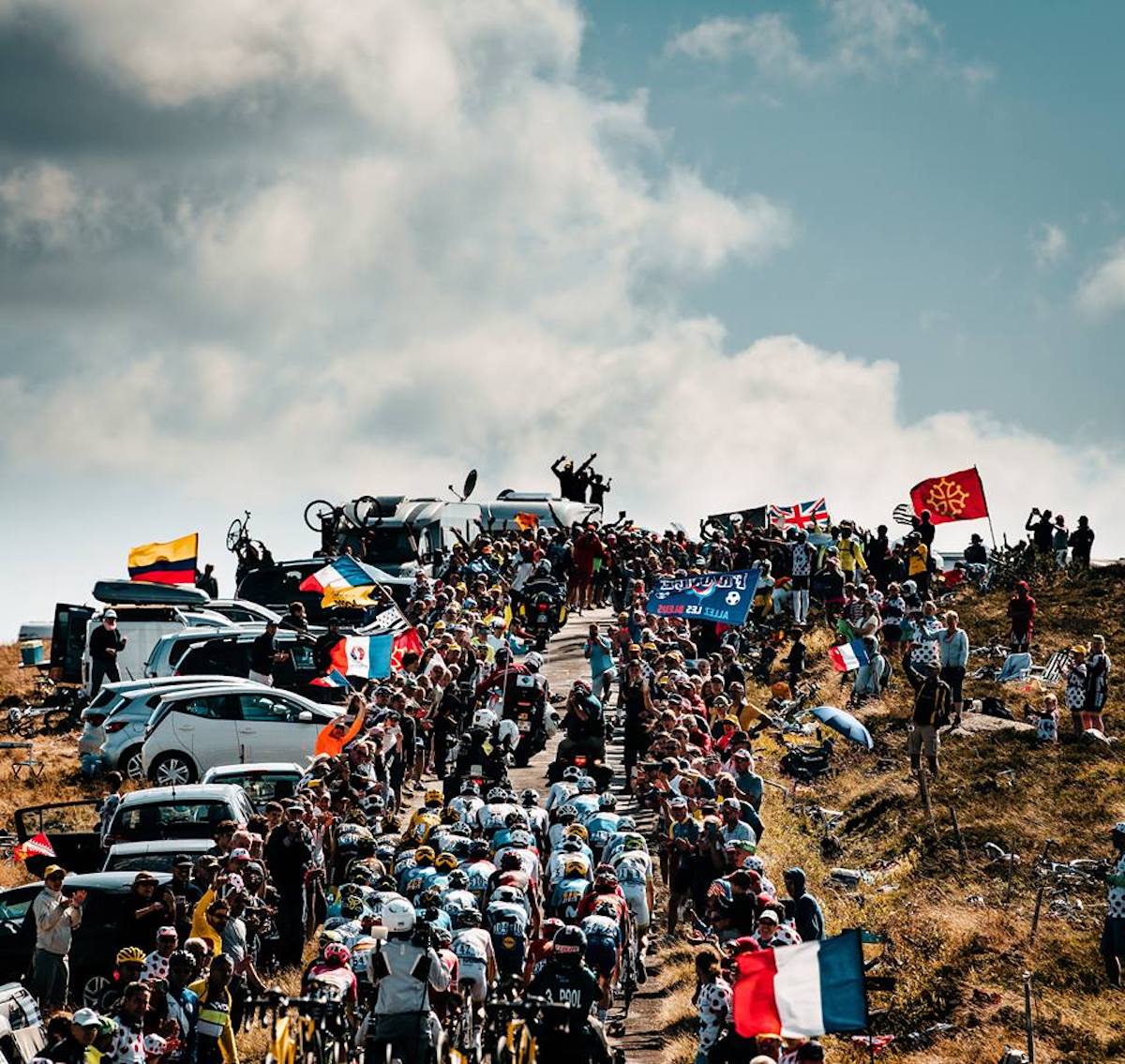 Julian Alaphilippe (Quick Step Floors) took the first Pyrenean stage win one week after he claimed his maiden Tour de France victory on the first day in the Alps, while also extending his lead in the King of the Mountain classification.

The Quick-Step Floors rider, who already prevailed in the 10th stage in Le Grand Bornand, stormed past Adam Yates six kilometers from the finish after the Mitchelton-Scott rider had hit the asphalt on a left-hand curve.

Earlier in the stage, the race was temporarily halted after tear gas was used by police to disperse protesters that inadvertently effected some riders.

Protesting farmers had blocked the road with hay bales, leading police to spray them with gas.

Unhappy farmers had organized the protest because they “wanted to be seen” by France’s Minister of Agriculture, Stephane Travert, according to a police source.

“Looks like the tear gas used by the police on the farmers ended up getting to the eyes of some riders,” tweeted the Quick-Step Cycling team

The police source confirmed the race was stopped because the organizers wanted the gas to disperse to avoid any other riders being affected.

Medical treatment received by the riders was described as “light,” while there were “no injuries” reported.

Race leader Geraint Thomas, along with several other riders, was seen rinsing his eyes with water as the peloton waited behind the race organizers’ cars for the stage to restart.

There were many unsuccessful attacks during the first part of the race, while Warren Barguil (Fortuneo-Samsic) took the first KOM point atop the Côte de Fanjeaux after which the race was neutralized due to incidents on the road side.

However, a vigilant main field managed to reel the escapees back in after just 13 kilometers, with Alaphilippe taking the second KOM point atop the Côte de Pamiers.

After 100 kilometers of racing, a lead group of 44 riders came to comprise the head of the peloton, who later opened up an advantage of almost 11 minutes over remaining field.

Philippe Gilbert (BMC Racing) succeeded in riding clear of the peloton at start of the climb to Portet d’Aspet.

From there, the Belgian rider crested the second category climb with a lead of almost a minute ahead of Alaphilippe and Bargui, before crashing in a ravine.

Barguil proceeded to animate things along the climb of the Col de Menté, but the French rider couldn’t hold on to the pace set by Damiano Caruso (BMC Racing) and Robert Gesink (LottoNL-Jumbo), who were quick to react to his move.

Alaphilippe quickly bridged his way to the leaders at the crest the Col de Menté, while 13 riders later amassed at the front as well.

The group approached the final climb of the Col du Portillon with an 11 minute gap over the peloton.

Yates attacked 3 kilometers from the summit, quickly opening up a slight lead of over 15 seconds. But, the British rider crashed along the descent with 7 kilometers to go.

Alaphilippe capitalized on the incident and flew past Yates, and on to claim a solo victory in Bagnères-de-Luchon.

Thomas continues to lead the race with a 1:39 lead over his teammate and defending champion Chris Froome.