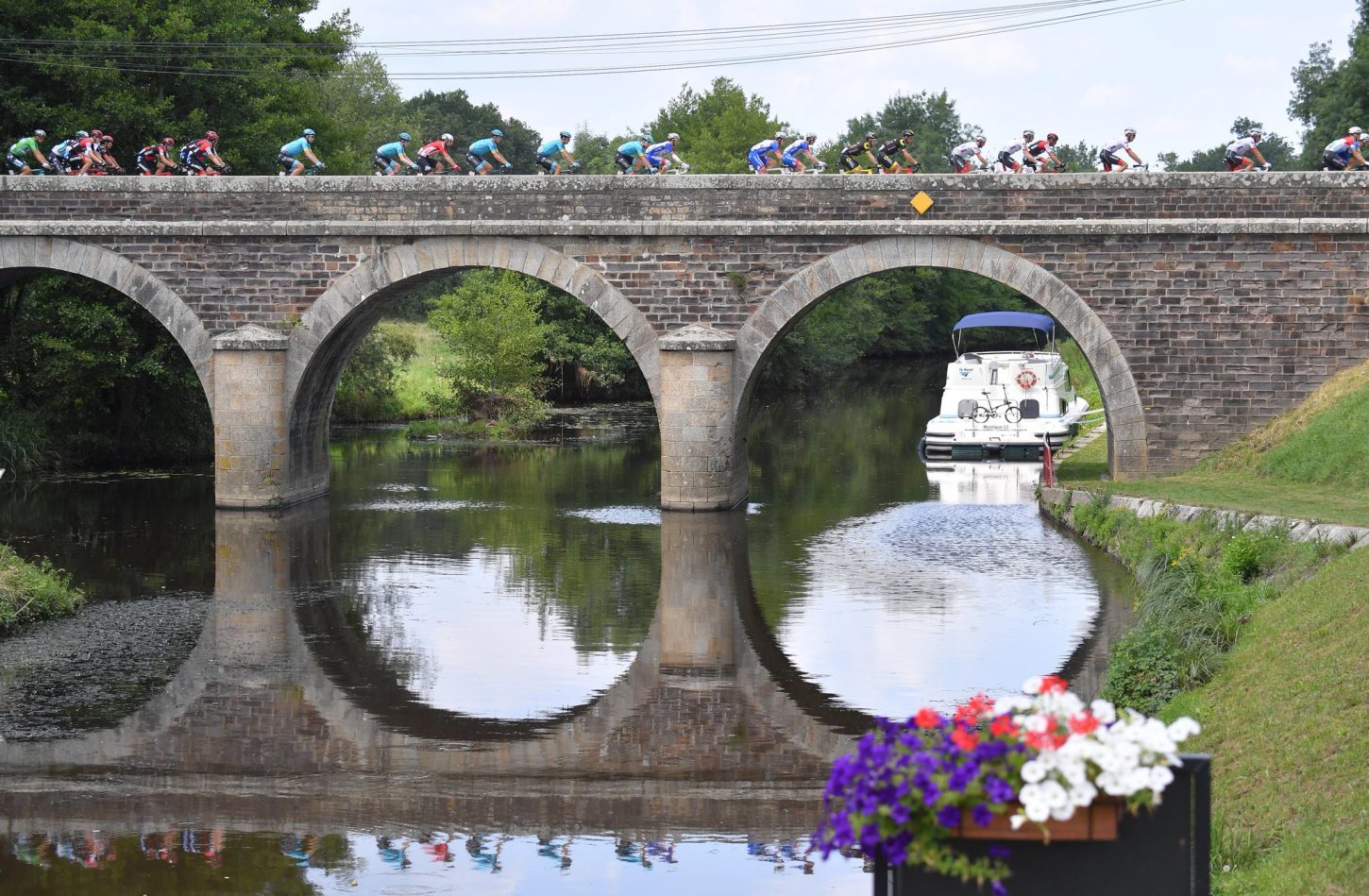 Indeed, Gaviria was given another ideal lead-out by his teammates, but the Colombian rider had to dig deep in order to hold off Sagan and Greipel on a slightly uphill sprint.

Meanwhile, Greg Van Avermaet (BMC Racing) finished safely in the sprint to keep his hold on the yellow jersey for another day.

A crash inside the final four kilometers took about half of the peloton out of contention, as several riders in the middle of the bunch came down, forcing those behind them to slow down or stop.

At that point, the day’s breakaway group was still enjoying a 25 second advantage, while the crash seemed to momentarily benefited the quartet who appeared destine to pull off what was otherwise an unlikely success.

However, after spending almost the entire 195 kilometers of today’s stage out front with an advantage that swelled to nearly eight minutes, Guillaume Van Keirsbulck (Wanty-Groupe Gobert), Dimitri Claeys, Anthony Perez (both Cofidis) and Jérôme Cousin (Direct Énergie) were eventually reined in during the final kilometer.