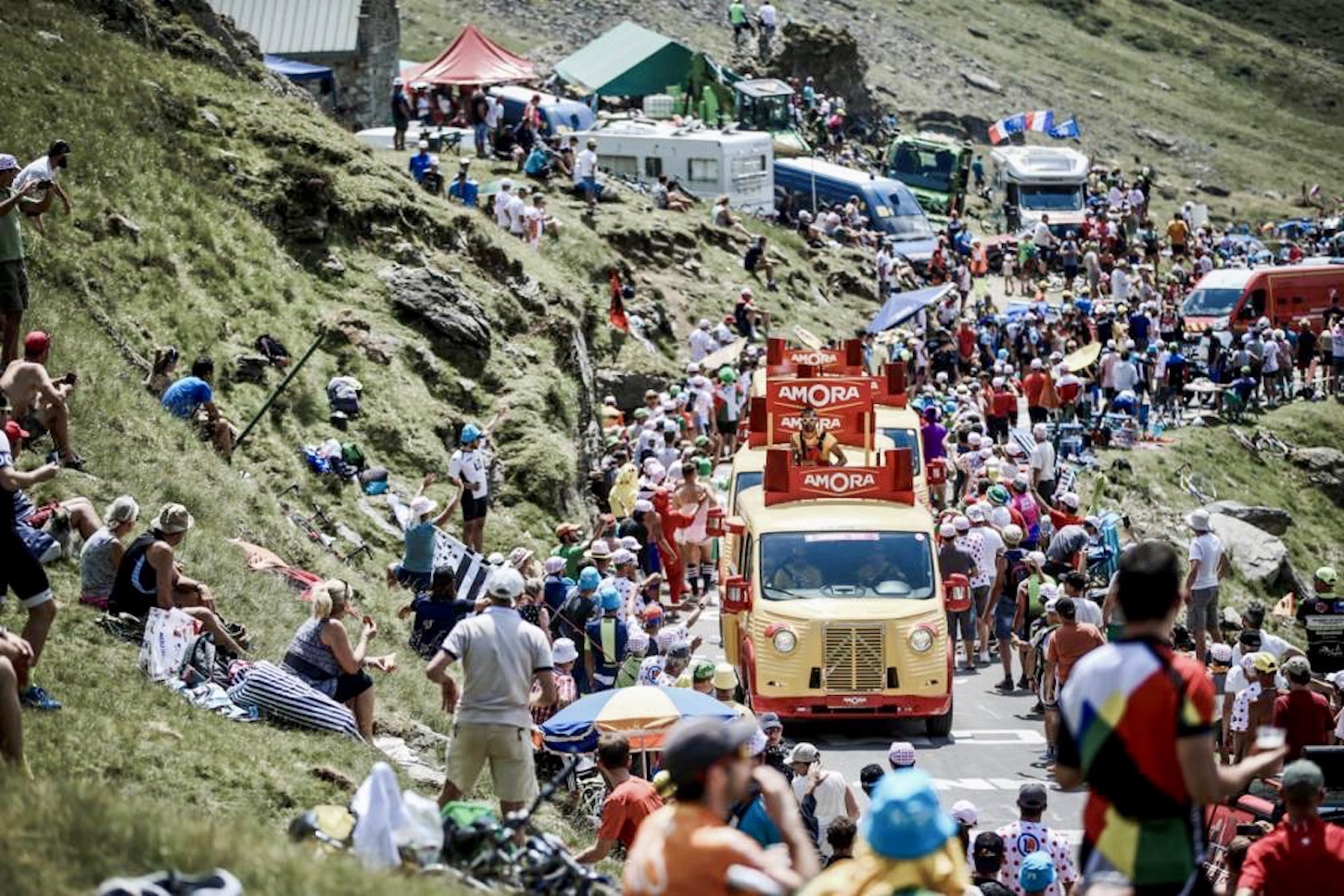 On the race’s first of three summit finishes above two thousand meters, Thomas (Team Ineos) failed to keep up with the uphill accelerations of his rivals at the business end of the 110km stage from Tarbes.

After some sensational work from his Groupama-FDJ teammates – most notably compatriot David Gaudu on the final climb – Pinot kept his side of the bargain by riding clear of an elite group of race favorites on the stinging double-digit ramp near the summit of the legendary Tourmalet.

Bolstered by the sight of Thomas, Alaphilippe once again proved his doubters wrong by putting in a staggering performance in the maillot jaune, the Deceuninck-QuickStep rider surging clear of Steven Kruijswijk (Jumbo-Visma) to take second place and an extra six bonus seconds.

Alaphilippe now leads Thomas by 2’02” in the general classification after his rival came home 36 seconds down for eighth place. Third place for Kruijswijk saw the dependable Dutchman cut his deficit to Thomas to just 12 seconds as the GC battle intensified at high altitude.

The top five on the day was completed by Emanuel Buchmann (Bora-Hansgrohe) and Thomas’s teammate Egan Bernal, the highest placed Colombian on the South American nation’s Independence Day.

Despite the mountainous parcours, it was a day to forget for Nairo Quintana (Movistar) who was seen struggling with 10km remaining to fall outside of the top 10 after slipping almost three and a half minutes.

Adam Yates also struggled in the Pyrenean heat, as the Mitchelton-Scott rider tried fighting back after being dropped on the Col du Soulor, but ultimately conceding the best part of seven minutes to drop to 18th place on GC.

But nothing compared to the physical and psychological battering endured by Romain Bardet (Ag2R-La Mondiale), after the 2016 runner-up was distanced on the penultimate climb and came home over 20 minutes behind his compatriot, Pinot.

For Pinot, it was arguably the best of his three Tour stage wins to date, the 29-year-old adding the Tourmalet to his previous victories at Porrentruy in 2012 and Alpe d’Huez in 2015.

Having conceded time in the crosswinds on Monday’s Stage 10 to Albi, Pinot has got his race back on track after a strong showing against the clock in Pau and, now, on the Tourmalet, rising to sixth place at 3’12”.

After a delayed start – owing to a demonstration which cut the stage length by 7.5km,  Vincenzo Nibali (Bahrain Merida) and Peter Sagan (Bora-Hansgrohe) ode clear.

But Nibali dropped Sagan on the first of three categorized climbs, the Cat.4 Cote de Labatmale.

With the Groupama-FDJ leading the chase, the gap never grew much more than three minutes ahead of the first major test, the Cat.1 Col du Soulor.

But it was not the French team who did the damage in the pack, but Movistar duo of Marc Soler and Andre Amador, who surged to the front to dictate a ferocious tempo which blew the peloton to pieces.

With the likes of Thomas De Gendt (Lotto Soudal) and Sergio Henao (UAE Team Emirates) already dropped before the climb, it was the turn of Romain Bardet (Ag2R-La Mondiale) and Adam Yates (Mitchelton-Scott) to hit the wall.

While Britain’s Yates was able to fight back on with the help from his twin brother Simon, Bardet was dropped without a trace, the Frenchman’s poor form continuing after his poor performance in the Pau time trial.

Bardet would eventually crest the top of the climb more than three minutes down after the relentless pace set by Movistar succeeded in reeling in half the break while disposing of most the peloton.

It was Wellens who darted clear of Nibali to take the maximum points over the summit of the Soulor to consolidate his lead in the polka dot jersey standings, the two riders were soon caught by Gesbert on the descent, but with their advantage dropping to just a minute.

However, it was the French trio of Sicard, Calmejane and Gesbert who refused to give in when the rest of the break sat up, Sicard soloing clear with his two compatriots in pursuit. But, Gesbert was later caught with just over 10km remaining.

Ineos finally showed their hands and moved their men Thomas and Bernal up after some preparatory pacing from Dutch duo Wout Poels and Dylan Van Baarle. But, still, the yellow jersey of Alaphilippe hung on, sticking to Thomas’s wheel in earnest.

Gaudu put in an attack with 4km remaining, but was reeled in after Kruijswijk’s Jumbo-Visma teammates George Bennett and Laurens De Plus came to the fore.

Barguil was soon dropped along along with Rigoberto Uran (EF Education First) and Jakob Fuglsang (Astana) as the peloton was whittled down to fewer than 10 riders.

After Bennett neutralized a move by Pinot and Mikel Landa (Movistar), Buchmann tested his legs approaching the flamme rouge. It was this acceleration which ended the hopes of Thomas, who slipped back to leave his teammate Bernal alone against Alaphilippe, Pinot, Buchmann, Landa and Kruijswijk.

In the end, Bernal’s surge proved too much for his rivals, seizing the stage honors ahead of Alaphlippe and Kruijswijk.