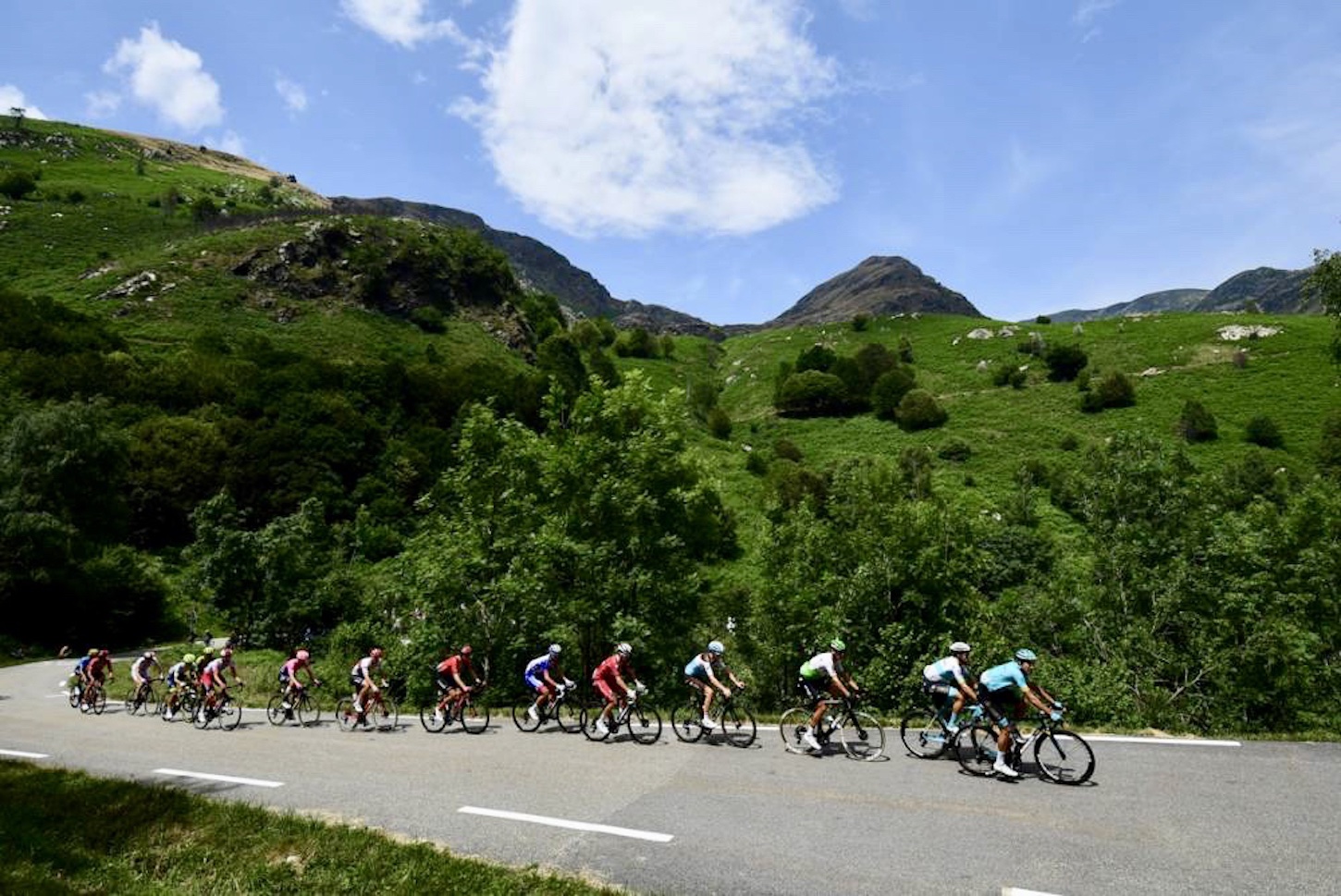 Simon Yates (Mitchelton-Scott) claimed his second stage victory in the Tour de France today, after the British rider rode clear of the breakaway group to triumph on the the summit finish of Prat d’Albis ahead of Thibaut Pinot (Groupama-FDJ) and Mikel Landa (Movistar) in stage 15.

While Yate’s won an impressive solo victory after chasing down Simon Geschke (CCC Team) on the penultimate climb, it was Pinot who really animated things after the French rider launched a blistering attack on the Col du Tourmalet with 6 kilometers remaining, dropping all but Egan Bernal (Team Ineos), Emanuel Buchmann (Bora-Hansgrohe) and race leader Julian Alaphilippe (Deceuninck-QuickStep), though the trio couldn’t hold his pace for long.

Pinot later powered his way toward the finish, picking up Landa en route for an eventual time gain of 1:16 on Alaphilippe, who cracked on the climb.

Meanwhile, Geraint Thomas (Team Ineos) and Steven Kruijswijk (Jumbo-Visma) went on the attack late on to make smaller gains on the French rider.

“It was my weather, a stage as I like it,” said Pinot after the finish. “I had good sensations and I knew that the final was flat so I could put myself in the red in the steep part. I wasn’t taking too many risks. I took time on everyone again, that’s the main thing.

“We must continue now – we’re moving up the ranking and the toughest stages are coming. When you have good legs, you have to enjoy them.

“This was the tactic put in place this morning and it worked well. We can be satisfied. I have David [Gaudu] with me and he did a good job again. I picked up Rudy [Molard] and Seb [Reichenbach]. We showed we are a solid and attacking team. It paid off and it’s great when it works!”

Alaphilippe remains in the lead, however, his advantage over Thomas in second is now reduced to 1:35 as the peloton head for the second rest day of the race.

Yates was part of a 36-man breakaway group that was eventually reduced to 16 riders after 65 kilometers of racing.

Simon Geschke (CCC-Team) later rode clear with 46 kilometers to go, only to be caught by Yates 20 kilometers later.

From there, the duo worked well together until the latter attacked near the top of the Mur de Péguère climb with just under 9 kilometers remaining, where Yates dropped Geschke like a stone and maintained his solo lead all the way to the finish.