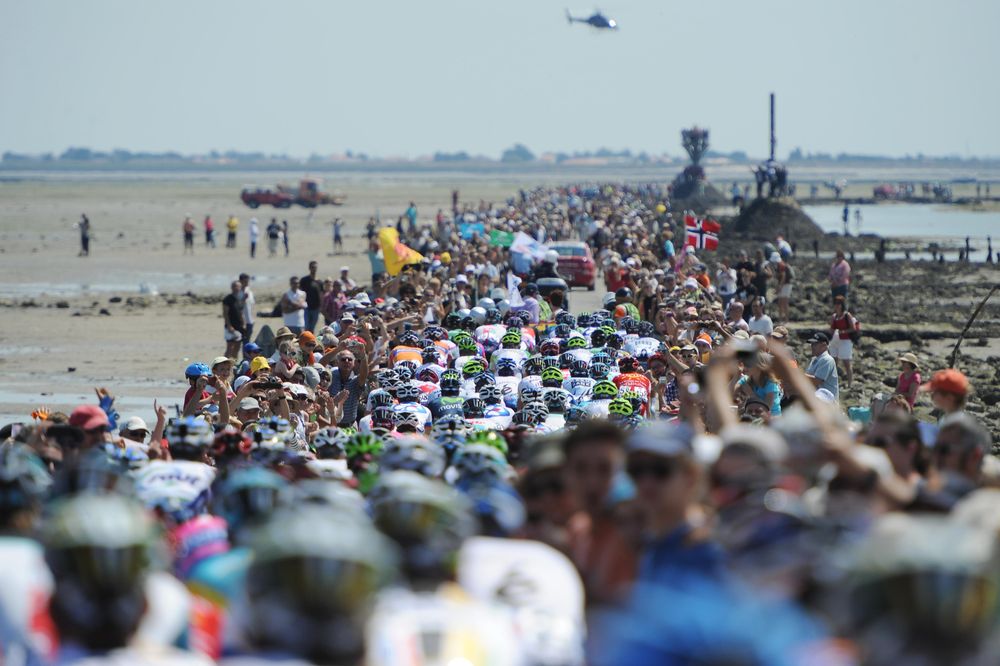 Organizers for the Tour de France, the Amaury Sport Organization (ASO), announced today, that the 2018 French Grand Tour will start in Vendée, France on June 30.

The first Depart in the region was in Nantes in 1957, with the most recent edition taking place in 2011 when the race started in Passage du Gois.

Full details of Départ’s stages are set to be revealed on February 28, however, French media outlets have reported that the opening three stages will be based around the Puy de Fou theme park before heading to Brittany.

Reports emerged late last year that the race will then take on some of the dirt roads of Brittany that have become synonymous with the French one-day race – Tro-Bro Léon.

The announcement marks a continuing trend for ASO to alternate between giving the Départ to a foreign country, as well as remaining on home soil.

The German city of Düsseldorf kicks-off the proceedings for the 2017 Tour de France, while Mont Saint-Michel in Normandy hosted it in 2016.

Vendée sits south of the city of Nantes and north of the coastal city of La Rochelle, with La Roche-sur-Yon the principal commune of the area with a population of around 53,000.

The departments in the Pays de la Loire region hosted the Tour de France’s cyclists on its very first edition. Indeed, it was via the department of the Vendée that the pack entered the region in 1903 on the Bordeaux-Nantes stage, destined to become a classic on the routes of the era in which the Tour de France emerged. Since this time, the cities and towns of the Pays de la Loire region have welcomed the Grand Départ of the race nine times, five of which have set out from the Vendée. In 2018, once again the riders will gather in this cycling-crazy part of the country to tackle the 105th edition of the Tour de France.

The Grand Départs of the Tour de France hosted by the Pays de la Loire region: