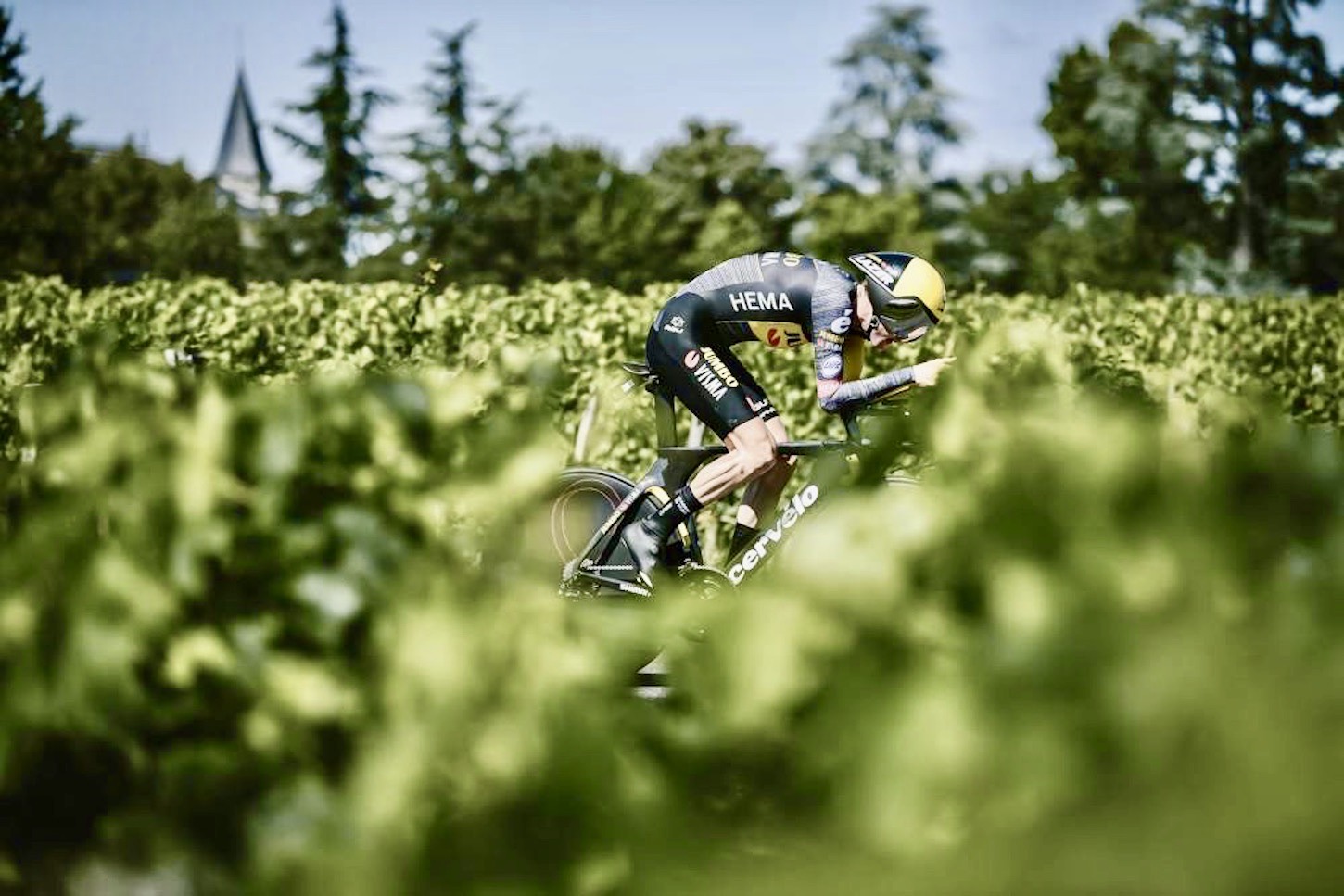 Wout van Aert (Jumbo-Visma) claimed victory in today’s individual time trial, stopping the clock with a time of 35:53 at the end of the 30.8 kilometer course from Libourne to Saint Émilion in southwest France.

In the meantime, Van Aert’s teammate Jonas Vingegaard sealed second place in the overall classification in his Tour debut, while Richard Carapaz (Ineos Grenadiers) will finish third overall after failing to close the six-second deficit to second place at the start of the stage.

Stefan Bisseger set the first benchmark of the day, only to see his time toppled by Kasper Asgreen (Deceuninck-Quick-Step), who stopped the clock at 36:14.

After surviving challenge-after-challenge, Asgreen’s time later fell victim to Van Aert, whose performance endured through out the day to earn the Belgian rider the stage spoils.