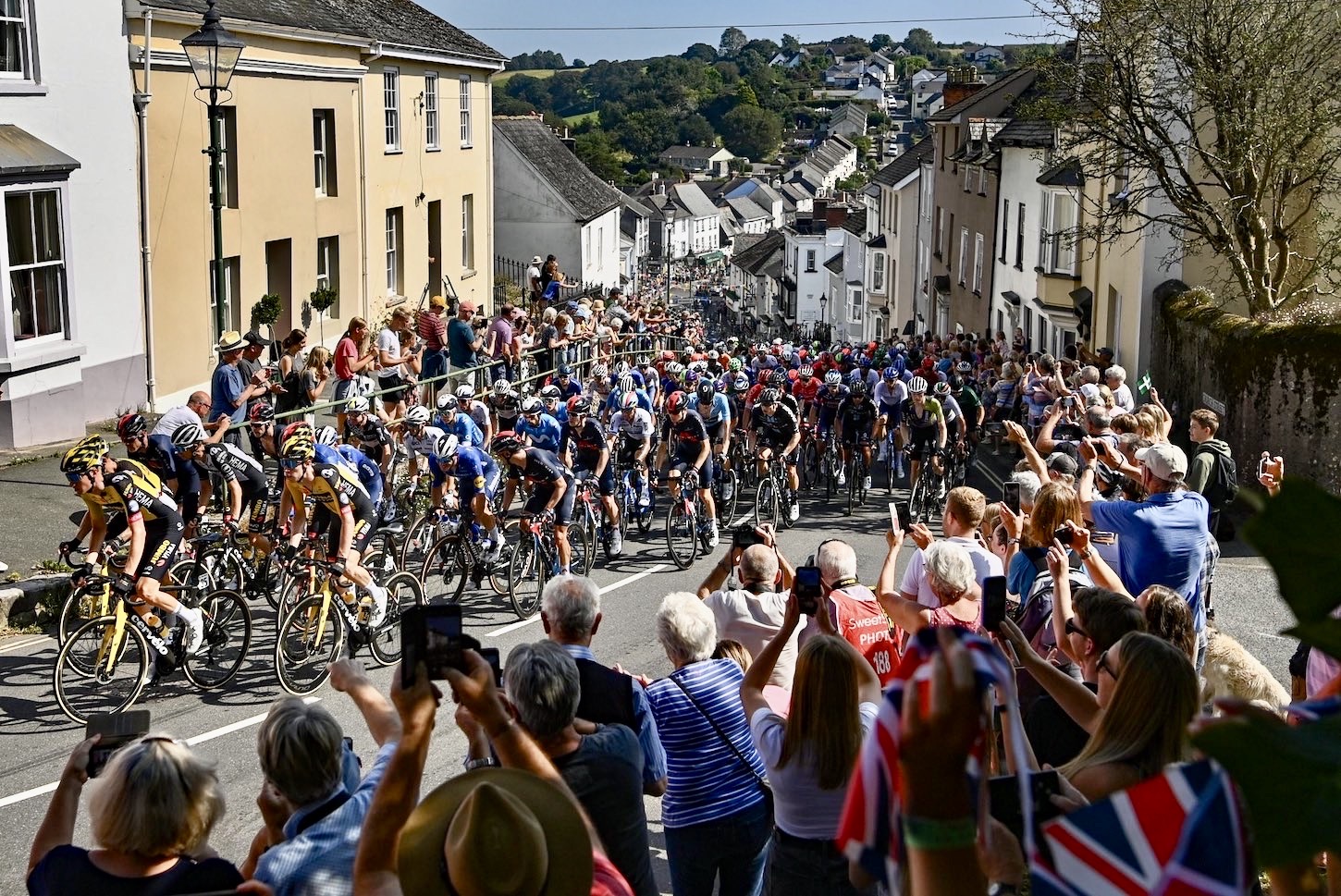 Rally Cycling’s Robin Carpenter turned the Tour of Britain on its head in today’s stage 2 with a solo victory in Exeter and moving into the race lead after a day-long breakaway effort.

Stage one winner Wout van Aert (Team Jumbo – Visma) came home safely within the same group and now sits 22 seconds behind Carpenter, who is the first American rider to both lead the Tour of Britain and to win a stage of the race.

“We had 40 kilometers to go, we had crested the last SKODA KoMs, we still had five minutes and there was tonnes of downhill,” said Carpenter. “It seemed like a tailwind, too, so at that point there was no chance of being caught. I was falling apart at the end but I made sure to be falling apart by myself!

“Leading the overall is great and it’s a big bonus, but we’ll see about making it through the team time trial tomorrow with my team-mates.

“We were going to hit it hard anyway, We’ve got a couple of guys who are well suited to maybe go for the overall, so we’ll do our best and we’ll see what happens. But it’s going to be a challenge, for sure.

Carpenter was part of a five-rider move with Scott, Nicolas Sessler (Global 6 Cycling), Will Bjergfelt (SwiftCarbon Pro Cycling) and Leon Mazzone (Saint Piran).  The latter pair were distanced on the ŠKODA King of the Mountains climb of Rundlestone above Tavistock, with Sessler the next to go owing to a mechanical, before Carpenter shed Scott on one of the numerous small climbs littering the stage.

With an advantage of more than four minutes when he powered on alone, victory on Queen Street in Exeter looked assured, but Team Jumbo – Visma took control and gradually brought Carpenter’s advantage down to under a minute.

A strong lead-0ut in the final kilometre from INEOS Grenadiers’ Michal Kwiatkowski for team-mate Hayter brought the 55-rider main group close, but not enough to prevent Carpenter taking the overall lead.

Hayter did move into the Sportsbreaks.com points jersey, and Scott extended his lead in both the ŠKODA King of the Mountains and Eisberg sprints classifications.

The race moves to Wales for stage three tomorrow, as the riders face an 18.2 kilometer team time trial between Llandeilo and the National Botanic Garden of Wales in Carmarthenshire. Van Aert has already spoken of the importance of the stage against the clock for his Jumbo Visma team, who won the modern race’s only previous team time trial stage in 2018.