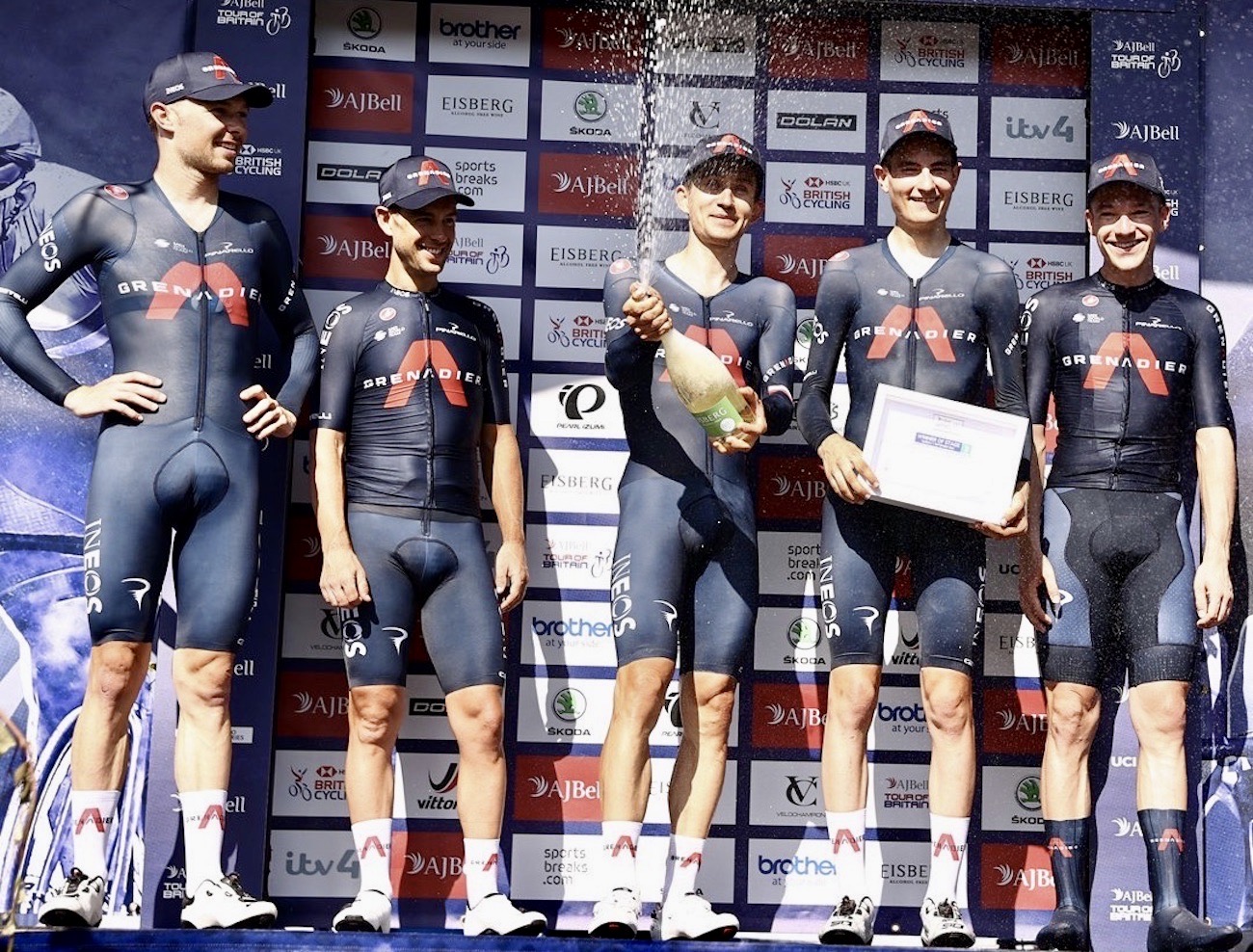 INEOS Grenadiers produced an unstoppable ride to win the Tour of Britain’s Carmarthenshire team time trial stage on Tuesday, a result that moves Londoner Ethan Hayter into the race lead after three days.

The British squad posted a time of 20’22” for the 18.2-kilometer course from Llandeilo to the National Botanic Garden of Wales, finishing 17-and-a-half seconds faster than runners up Deceuninck – Quick-Step.

“It’s amazing,” said Hayter after the stage.  “I’ve ended up in a few leader’s jerseys in the last few races now and it makes the racing great. You know to win the team time-trial is a really nice way to do it.

“Rohan [Dennis] and Kwiato [Michal Kwiatkowski] were the most experienced, and guys like Richie [Porte] have done time trials hundreds of times, so they took us out and started us as we meant to go on. It was quite a tough start, then everyone just did short turns and did what they could to hold the speed. We hit the last climb pretty hard and held it to the finish.”

Behind INEOS Grenadiers and Deceuninck – Quick-Step were a further three UCI World Tour teams in Team Jumbo Visma, Israel Start-Up Nation, and Team DSM. Together with Alpecin Fenix, they were the only squads to finish within a minute of the stage winners.

With stage three being a team time trial there was no change in the other classifications. Therefore, Hayter holds the Sportsbreaks.com points jersey while Canyon dhb SunGod rider Jacob Scott continues to lead both the ŠKODA King of the Mountains and Eisberg sprints competitions.

The race continues in Wales on Wednesday 8 September with stage four from Aberaeron on the Ceredigion coast to the Great Orme above Llandudno.

The 210-kilometer (130.6-mile) stage ends with a spectacular ascent of the Great Orme’s Marine Drive toll road before tackling the 1.9km, 9.8% average climb that runs parallel to the famous tramway up to the finish.